Every year, thousands of travellers pass through Western Australia’s Kimberley region without leaving the Gibb River Road. This is hardly surprising, given the natural attractions that are found along its 665km length.

And yet, a scenic drive of just a couple of hours south of this beaten track leads to the Mornington Wilderness Sanctuary, a destination on par with any other Kimberley icon for beauty and interest.

Located in the heart of the Central Kimberley Bioregion, the sanctuary incorporates nearly one million acres of the upper catchment of the Fitzroy River and sections of the rugged King Leopold Ranges. It is recognised as one of the world’s last true wilderness areas and protects a range of ecosystems unique to the tropical savannah of northern Australia, including eucalypt woodlands, spinifex grasslands and rocky sandstone pavements. It also includes Lake Gladstone, the largest permanent wetland in the central Kimberley, and fragments of rainforest communities in gullies and other fire-protected areas. 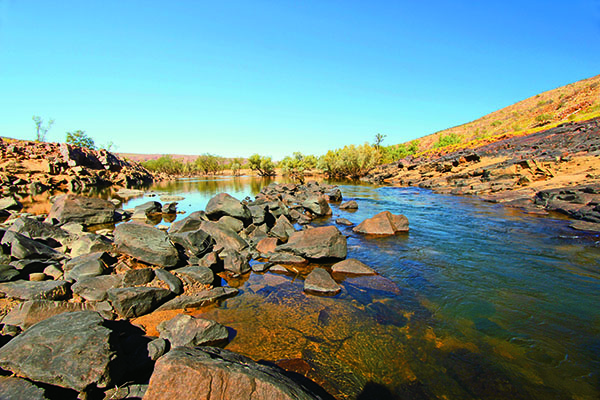 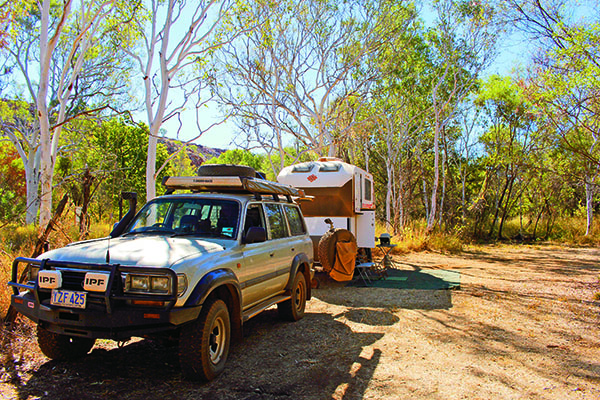 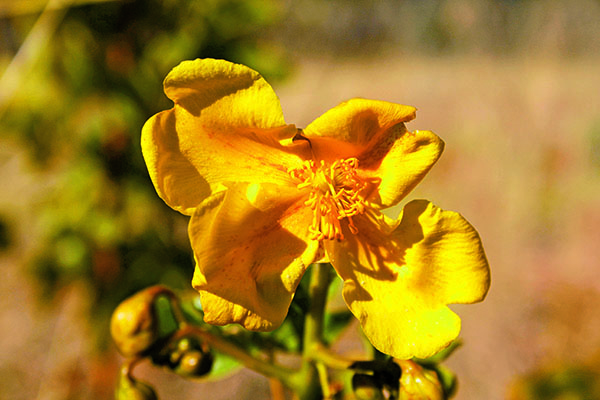 These various environments create a biodiversity ‘hotspot’ in the region, and provide critical habitats for hundreds of species of Australian flora and fauna, as well as globally important populations of migratory birds.

At 3207sq/km, Mornington Sanctuary is one of Australia’s largest non-government protected areas. Formerly Mornington Station, the property was a pastoral lease run mainly as a beef cattle station for most of the 20th century. It was purchased in 2001 by the Australian Wildlife Conservancy (AWC), which carries out a range of projects vital to the conservation of the region. Biodiversity survey and monitoring, fire management and feral animal and weed control are just a few of the major field programs on the property that attract scientists from all over the world.

The AWC also runs a visitors’ program at Mornington, which includes interpretative walking trails, guided tours and slideshows designed to raise awareness of the many critical issues confronting the fragile savannah environment and the work being done to protect it.

Although the sanctuary exists mainly for conservation work, rather than tourism, the facilities are excellent and rank among the best along the Gibb River Road.

Visitors to the Wilderness Camp have two styles of accommodation to choose from: luxury, en-suite safari tents with full board, or shady, unpowered campsites along Annie Creek, with shared access to flushing toilets and hot showers.

Campers can either self-cater or take advantage of the licensed bar and restaurant that offers a cooked or continental breakfast, hamper lunches and a two-course set menu dinner.

From the camp, two easy walking trails provide a good introduction to different aspects of the local environment. The Annie Creek walk follows the banks of the watercourse through an aquatic habitat of pandanus and reeds, home to a variety of birds. A short distance from Annie Creek, another trail meanders through drier savannah woodland.

Beyond the camp, the Mornington landscape is breathtakingly beautiful. It is dominated by two main features, the rugged bluffs and striated sandstones cliffs of several surrounding ranges, and a network of permanent rivers that feed the majestic Fitzroy River, which cuts through the vertically-walled Dimond and Sir John gorges on its way to King Sound, south of Derby.

Dimond Gorge is one of the largest and most spectacular in the Kimberley. The 25km track to reach it crosses a tropical savannah landscape of grassy woodlands, dotted with native kapock (seasonally festooned with large golden flowers), kanji bush, bauhinias and jigal trees. In Bardi, a local Aboriginal language, jigal means mother-in-law.

About halfway to the gorge, a short detour leads to a lookout on a low hill affording panoramic views of the magnificent Fitzroy Bluff, the Sir John Range and Lady Forest Range, all of which form part of the extensive King Leopold Ranges that stretch across the central Kimberley. The sediments forming these sandstone ranges were laid down in a shallow marine environment about two billion years ago. The carving of rivers has gradually eroded this ancient landscape, leaving the massive flat-topped mesa formations confronting us today. Waterfalls during the wet season have left dark stains on the cliffs and scoured deep gullies from the plateau to the jumbled scree at the base.

A visit to Sir John Gorge is a day-trip adventure in itself. The 23km gorge is rated by some as the best in the Kimberley and exploring its dramatic scenery can be an exclusive experience for just two people, the maximum number permitted on the self-guided canoe trip each day. The price of the tour includes canoe hire, a mud map to find it and a hamper for a picnic lunch.

But even if you aren’t lucky enough to score the tour on the day you want, there’s still plenty to see and do along the river below the gorge. From the carpark a walking trail leads a short distance over sandstone pavements worn smooth and shiny by the vast quantity of water swept across it by the Fitzroy in times of flood.

Across the river the low sandstone cliffs flatten out downstream to an open plain; upstream they rise quickly to the impressive cliff-lined gorge that disappears from view around the bend. Bushwalkers can hike a long way in both directions.

Mornington offers a range of other guided and self-guided tours. Early morning birdwatching tours are a popular activity, taking birdwatchers to the best locations to spy some of the sanctuary’s 200 species of rare and elusive birds. Private tours are also available to exclusive locations such as the waterfall at Fitzroy Bluff and the shady Livistona gullies beside Mount Leake. Scenic flights and helicopter tours are available on request.

The less active can take a short drive from the camp to the Fitzroy River at Cadjeput or Bluebush, both perfect locations to swim, play on the sandy beaches, or simply chill out in the shade of low, spreading paperbarks by the water’s edge.

Whatever kind of adventure you’re looking for in the Kimberley, you’ll be sure to find it at this fantastic wilderness retreat.

The turn-off to Mornington Wilderness Sanctuary is at the junction of Mornington Road and Gibb River Road, 25km east of Imintji Store and about 252km east of Derby.

The 82km access road is unsealed and suitable for 4WD vehicles and offroad-capable vans and trailers, due to several stony sections, a couple of rocky gullies and steep-banked creek crossings.

The tracks within the Mornington Sanctuary are suited to most types of 4WD vehicles.

Some basic supplies, water and diesel fuel are available at the small community of Imintji (no unleaded) or at Mt Barnett Roadhouse, 53km north-east of the Mornington turn-off.

At Mornington, visitors can obtain water, meals and alcohol at the licensed restaurant and bar, but no fuel. It is advisable to bring spare fuel to take advantage of the self-guided driving tours.

The best time to travel is during the cooler and drier months of April to November.

The full feature appeared in Caravan World #534, February 2015. Subscribe today for the latest caravan reviews and news every month!