IT'S SAFE TO SAY most RVers would have heard of northern WA’s El Questro, which is as much a tribute to its successful marketing and big-name guests as it is to the many attractions of the one million-acre (400,000ha) property, which is now a must-see attraction for most Kimberley visitors.

The genesis of the El Questro Wilderness Park as we know it today dates back only 20 years. That was when wealthy young Briton Will Burrell – then just 24 years old – and his Australian fiancée Celia purchased the then run-down cattle station for $1 an acre and transformed it into Australia’s most successful wilderness resort.

The property as they acquired it was one of a number of similar-sized cattle stations that still exist in this hugely under-populated part of Australia. In the early ’90s, there was very little luxury and almost no organised activities available for the relatively few adventurous visitors.

Today, thanks in part to its convenient location 40km from the Great Northern Highway, and less than 100km from the relative congestion of Kununurra, El Questro is where you can get a “pocket Kimberley” experience without exposing your rig to the risks (and rocks) of the Gibb River Road.

The good news is that you can claim Gibb River Road bragging rights when you visit El Questro, since the turnoff from the sealed Kununurra-Wyndham road has all the scary “road closed” signs to impress your friends back home. You also get some corrugations as you head west towards the vast and impressive Cockburn Range, which dominates the skyline ahead. There are also a number of bitumen sections as the road rises uphill to give you enough confidence to motor on.

Things start to deteriorate once you take the turnoff to El Questo, 33km from the highway and 10km after Emma Gorge Resort (which is also part of the expansive El Questro property). The road narrows and twists, corrugations are more frequent and the dust rises, but apart from crossing tributaries of some of the five rivers that flow through the property, there’s little to damage any offroad caravan.

The deepest of the crossings will almost certainly be the Pentecost River, which is the last before you enter the hub of the property. We saw a few motorhomes fall into holes and get stuck on the way over, but the water level wasn’t high enough to do any damage and a quick tow saw them on their way with minimal under-body damage.

Just 500m after crossing the Pentecost sees you at the station township, where you can access the riverside camping area and bungalow accommodation.

The Black Cockatoo campground runs along the river and is divided into four sections. There are no powered sites, no toilet dump and you need to top up your water tank – just next to the bank of constantly whirring washing machines in the public laundry – before you set-up camp.

We arrived on a Saturday and the park was pretty packed, with a number of people holing up there while they waited for the Gibb River Road west of El Questro to officially open. But by the Monday the park had thinned out considerably and there were a number of riverside sites to choose from.

A more attractive option for those with small offroad vans or camper trailers may be the 15 private camps a further 10-15 minutes along the river. We wouldn’t recommend these for vans the size of our Expanda, but they are superb for those with camper trailers, or anyone equipped for bush camping. They offer a true Kimberley experience away from the communal noise of the main campground. Advance bookings are essential.

At $18 per person per night, plus the mandatory Wilderness Park Permit fee for seven days at another $18 per person, the Black Cockatoo area is probably the most expensive bush camping around. But you can light fires (in the designated areas), run generators between 9am and 5pm and the individual ensuite-style shower and toilet cubicles are great. There are four drop toilets in the bush camps, but no showers, so bring a shovel and a solar bladder.

If you’d prefer a more up-market Kimberley camping experience, El Questro also offers 60 tented cabins for $228 per night, or 12 bungalows for $276 per night – both based on a minimum three-night stay.

You can also stay in the El Questro Homestead, perched above Chamberlain Gorge, where the six rooms start at $1890 per night for a double (minimum three nights). The top-level Chamberlain Suite will set you back $2590 per night, but you can tell people you stayed in the same room Nicole Kidman did when she was filming Australia.

And as arguably the most spectacular hotel suite in the country, you would know where your money went. The Chamberlain Suite hangs 15m above the Chamberlain River, allowing an eagle-eye view of the 400-million-year-old sandstone banks. However, much of the bank was nearly washed away in this year’s record wet and was still being rebuilt when we were there in June.

Once you have set-up camp, the next thing you’ll want to do is explore the El Questro property, which features a number of great walks through picturesque gorges, falls and water holes.

Most of these are done via group or private tours booked through the station township store. Activities range from sunset tours, visits to Emma and El Questro gorges, horse riding and scenic helicopter flights. How many you do will depend on the time you have available – and the depth of your pockets.

We took El Questro’s two-hour late afternoon cruise on Chamberlain Gorge ($58 per adult), which can only be accessed by boat, but we would be hesitant to recommend it. While the commentary was interesting, the boat travelled very slowly and not much further than a kilometre or two upstream because flooding earlier in the season had made it impossible to take the craft further.

Relatively speaking, the similarly-priced cruise on Lake Argyle was much better value and more scenic.

A better and more intimate way to see Chamberlain Gorge, it appears from the reports of other travellers, is to hire a small tinnie, which will allow you to go much further and see some interesting birdlife and fauna. And if hired between four people at $110 for half a day, or $175 for a full day, it’s much better value. 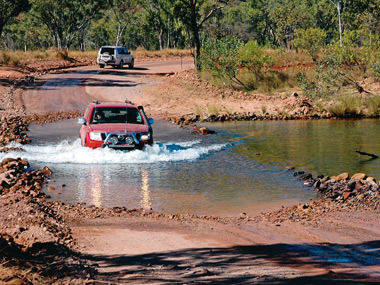 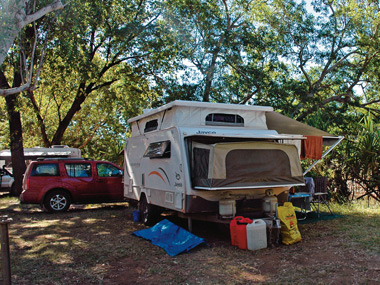