Birds Australia Western Australia aims to provide a breadth of birding experience over a 12-month period. The Easter campout to Kirkalocka (April 10-14) as an arid zone pastoral station with a permanent water source forms part of this program.

“We have a lot of campouts. They are all good bird spots and are usually within a reasonable distance from Perth,” says Suzanne Mather of Birds Australia WA.

According to Suzanne, the Kirkalocka property is about a days’ drive from Perth. 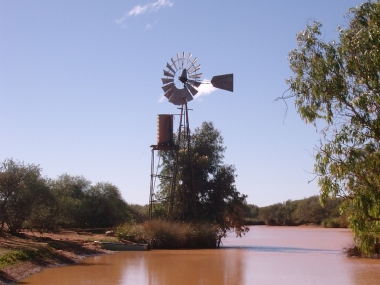 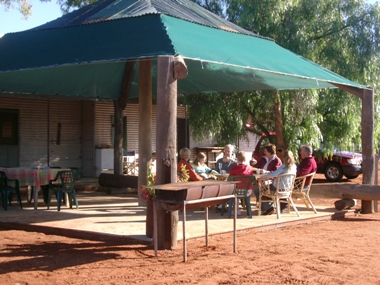 “Kirkalocka is part of the Murchison region in WA.”

“Its arid country, its classed as an arid zone. It has really low rainfall. It’s a mining area and has pastoral land, which has had leases for a hundred years. It’s very hot in the summer.

“You can’t go to places like Kirkalocka during that time of the year, nor can you go when it’s really wet as it destroys the road.”

This year, Suzanne says the rain depression that passed though the Murchison region will make the area fantastic for bird watching during the Easter break.

According to Suzanne, the campouts attract birders of all levels.

“There will be some people who have thirty-plus years experience birding, down to those who are just beginners.

“One of the outcomes is that new birders learn a lot when they go solid birding for three or fours days. There are lots of jokes too, and a lot of fun comes out of it.”

Suzanne says that the group will go bird watching for a couple of hours in the morning, return, and then go birdwatching again at the end of the day.

“We always have a ‘bird call’. This is where we get together and list all of the birds that have been sighted during the day.”

Accommodation that travellers bring to the campout varies too, “you get those who travel with quite sophisticated caravans to basic tents that people use.”

However Kirkalocka has accommodation in the shearer’s sheds which enables people who are not set up for camping to attend.

Birds Australia manages a national database of birds and the birds sighted on this campout will be added to that data.

The Western Australian group also does baseline surveys of pastoral stations in this area that have been bought by the Department of Environment and Conservation. All this data is gathered on a voluntary basis.