A natural gem nestled at the foot of the Yorke Peninsula, Innes National Park (NP) treats visitors to spectacular coastal scenery, fantastic bushwalking and fascinating history. Driving into the park, every hill rewards with a different view of the rugged and wild coastline – on a clear day, you can even see Kangaroo Island in the distance.

A variety of campgrounds dotted around the park cater for travellers with all kinds of rigs. Stenhouse Bay, on the northern edge of the park, has a large number of sites suitable for caravans and generators are allowed. The more popular Pondalowie campground, affectionately known as ‘Pondie’ and more centrally located, has been divided into three sections to meet the needs of every camper. The caravan section has nine large sites, the trailer area caters for 17 rigs and there’s also a bush camping area. 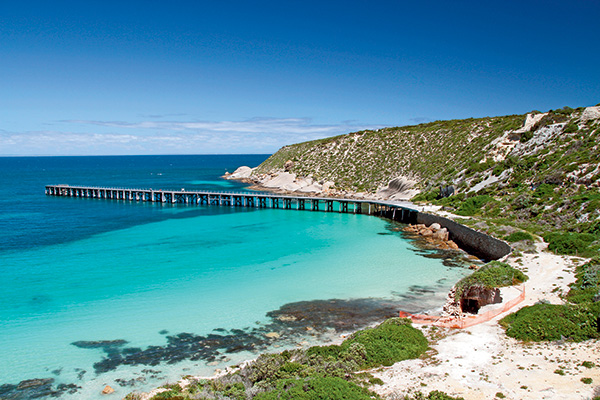 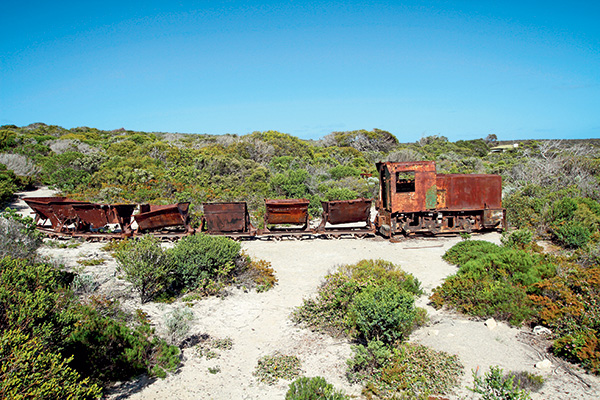 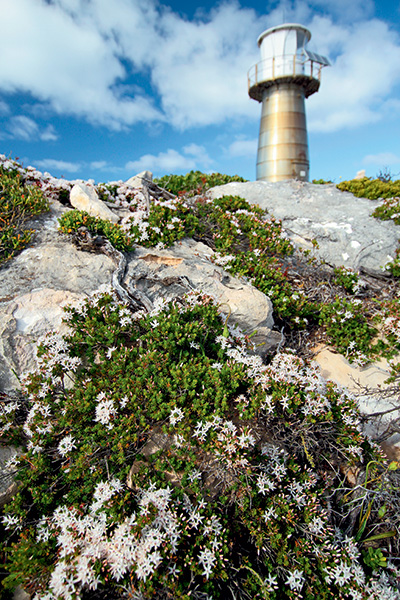 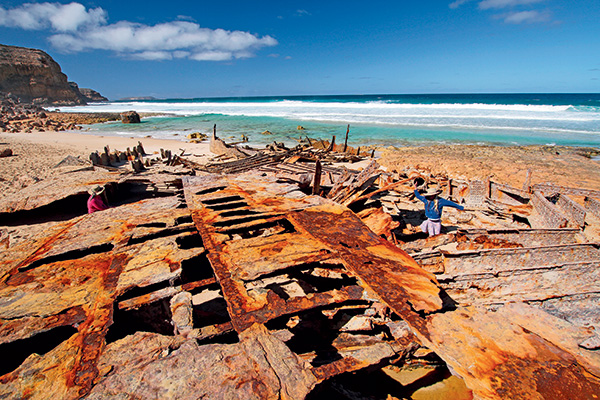 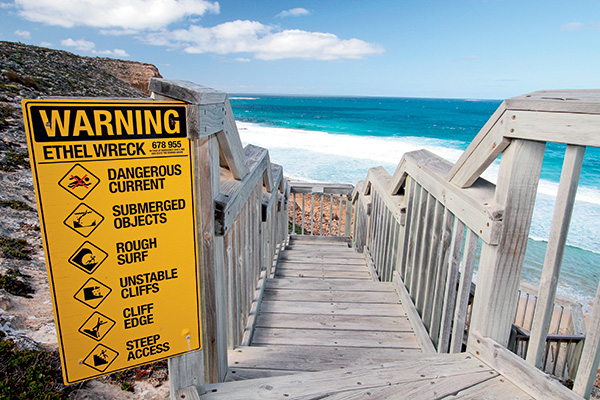 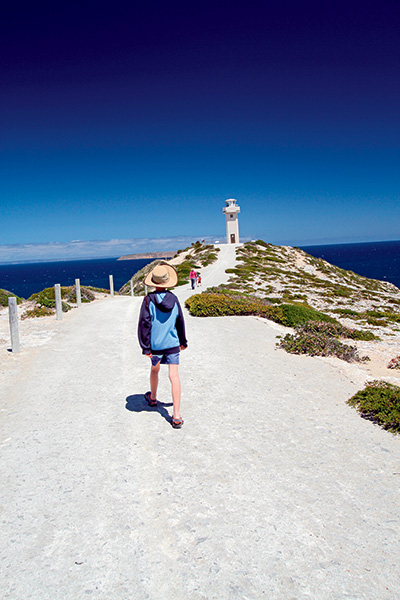 A compulsory booking system was introduced several years ago – bookings can be made online or at the Visitor Information Centre at the entrance of the park. A Parks Pass is the most cost-effective way to camp as this permit entitles you to five nights of camping in most South Australian national parks and also includes the car entry fee.

Innes NP has a rich history, dating back to 1913 when gypsum was first discovered in the salt lakes of the southern Yorke Peninsula. Bill Innes, his brother Stan, Andrew Stenhouse and Graham Bell took up the lease on the lake near Cape Spencer. They built the Stenhouse Bay Jetty to provide a safe anchorage for the supply ships that were to transport gypsum.

Gypsum is a soft, white mineral which sets into hard, permanent cement or plaster when crushed, refined and dried. The Yorke Peninsula Plaster Company built the plaster factory and associated buildings, shops and stores which came to be known as Inneston. Early settlers built 36 dwellings that were homes for 100 men and 30 women. At its peak this remote town had its own butcher, post office, bakery, public hall and general store. In 1921 a school was built to accommodate the workers’ children. Contact with the outside world was mostly by ship.

Gypsum mining was back-breaking work, especially in the stifling summer heat. Picks and shovels were used to mine the top layers of gypsum up to a metre deep. Later, explosives were used to break up the thicker platforms. The gypsum was then shovelled into drays and dragged by horses to the crushing plant. In 1914 a tramway was built which was operated by teams of Clydesdale horses to haul the gypsum in wagons to the jetty. Unfortunately, the plaster factory closed due to the effects of the Great Depression in 1930.

Gypsum operations were then moved to nearby Stenhouse Bay where gypsum was successfully mined until 1969 with the township of Stenhouse Bay housing as many as 500 residents at the height of production. The two-kilometre Stenhouse Bay Lookout Walk provides insight into the area’s history.

The Investigator Strait Shipwreck Trail tells the story of the many shipwrecks that lie off the coast of Innes NP. The Ferret, an iron screw steamship, came to grief on Ethel Beach, 16 years after the dramatic loss of the Ethel (a three-masted iron barque that became a victim of the treacherous coastline during the fateful night of January 2, 1904). All 21 crew were rescued after walking 5km to Stenhouse Bay. The ship’s boiler buried in the sand is the only evidence of the Ferret’s existence.

Lighthouses were built to increase the safety of these dangerous waterways but, ironically, most ships were wrecked after the installation of the first lighthouses.

The beacon at Cape Spencer was established in 1950 and was replaced with the current lighthouse in the 1970s. The West Cape Lighthouse, built in 1980, bears the Latin name Simplex Munditiis which means ‘elegant simplicity’. The 8.5m-high lighthouse was built of stainless steel to minimise environmental impacts during its construction.

The walking trail to the West Cape Lookout rewards with 360° views of Spencer Gulf and the surrounding islands. At night the lights of five lighthouses can be seen from the lookout – Wedge Island, West Cape, Cape Spencer, Pondalowie Bay and Althorpe Island.

Wildlife abounds in the park. Western grey kangaroos, emus, blue tongue lizards and 140 species of birds call this area home. Many of these species are of conservation significance, being listed as rare, endangered or vulnerable. Numbers of the white-bellied sea eagle, Australia’s second largest bird of prey, have declined due to the decrease in nesting sites along the coast and offshore islands of the Yorke Peninsula. The tammar wallaby, once close to extinction, was successfully reintroduced to Innes NP in 2004. Early results are promising, with second and third generation Innes-born animals surviving in the wild.

The full feature appeared in Caravan World #559 2017. Subscribe today for the latest caravan reviews and news every month!