In the far eastern corner of South Australia’s wild Limestone Coast, the tiny seaside town of Southend is famous for two things: a million-dollar live export market in southern rock lobster, and the remarkable coastal wilderness of Canunda National Park.

Although it flies under the radar, Canunda is the kind of national park that blow minds, thrilling visitors with ever-changing views of sea-ravaged cliffs, arching sandy coves and giant shifting sand dunes, carved by the sea to reveal ancient shells and middens.

If you’re not equipped to traverse the park’s sandy 4WD trails, two base camps at Boozy Gully in the park’s west provide easy access to great walking trails and dramatic coastal lookouts. We begin our exploring at Cape Buffon, where a boat ramp accesses Rivoli Bay’s secure anchorage and a hundred good fishing spots on offshore reefs and headlands to the south. We drive, then walk, tackling an easy amble along Cape Buffon’s sculpted clifftop trail, looping past interpretive signage that helps us get our bearings. It takes just 45 minutes (2.5km). 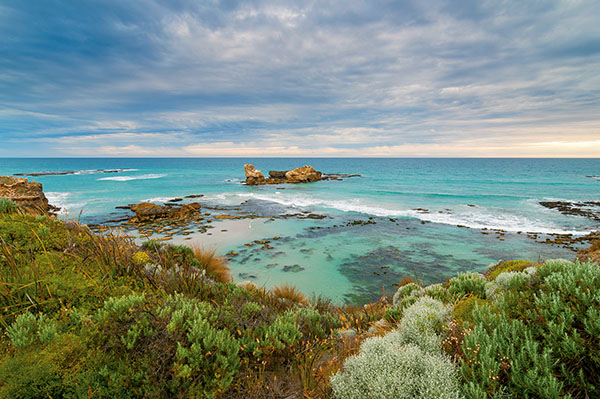 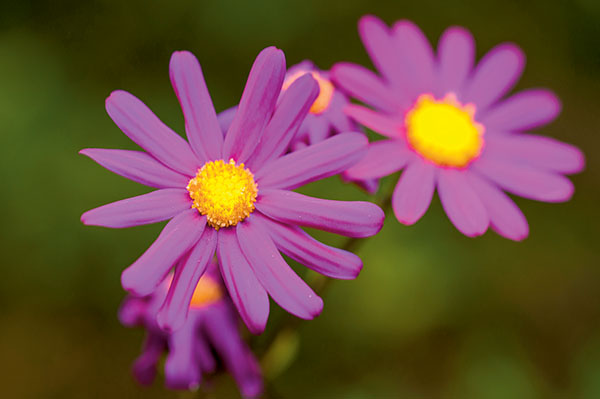 On the Limestone Coast, an amazing 3000t of southern rock lobsters are hauled ashore every year, a bigger catch than anywhere else in the country. While these are expensive to purchase, with a South Australian-registered cray pot and a tinny to set it, you could eat like a king at Canunda. The beach fishing is also reputedly brilliant along the entire Limestone Coast, where steep sandy banks give way to deep gutters. Expect catches of mulloway, yellow-eye mullet, sand flathead, salmon, bronze whalers and gummy sharks, and sweep commonly caught off the rocks.

By far my favourite adventures were had along the Seaview Hike, a much longer walking experience that follows a coastal trail for 6km (3.5hr return). From Boozy Gully, the path leads north into Abyssinia Bay where we stand beneath vast, eroded sand dunes that reveal 10,000-year-old shell middens. The remains of a thousand feasts, the middens mark the temporary camps of Boandik Aborigines, drawn to the coast in the summer months.

From Abyssinia Bay, the path turns south, enticing us 170m up a sandy staircase to Cullen Bay Lookout, where we marvel at a rugged vista of undercut limestone cliffs sculpted with sea caves. Teetering limestone stacks stand sentry on a beautiful white sand beach and, carved into the sea caves, we watch for puffs of spray from the blowhole that explodes in enormous winter seas.

Lured onwards, curving high above Cullen Bay, we continue along an arcing path that undulates through sand dunes ablaze with vibrant pink, purple and yellow blooms, the heathlands pocketed with wombat burrows. We nose around, listening and looking for signs of life, then push on, following emu tracks and a trail of yellow-topped marker poles.

Picking a path over limestone rubble along the edge of the bay, we discover smaller shell middens and Aboriginal grinding depressions left behind on the cliff top. Behind us, naked sand dunes roll inland for more than a kilometre that we can see, protecting us from the wind as we picnic high above the sea.

There’s more exciting scenes at Cullen Bay’s southern end where an archway carved into the headland frames another magnificent seascape. The trail continues south, but we abscond at Cullen Bay to climb down to the sand and explore the sea caves we’ve spied from above.

A 4WD track leads through the park but conventional vehicles can access campgrounds and walking trails near Southend, and via a sealed road from Millicent that accesses the Geltwood Beach campground and continues 6km on the dirt to Coola Outstation.

Fees of $13/vehicle/night (maximum eight people) are payable via the South Australian national parks’ website. Bookings must be made online or by phone. There is limited mobile reception in the park, so keep this in mind.

Hot summers and cold, wet winters make autumn (March to May) and spring (September to November) the best seasons to explore South Australia, when daytime temperatures average a comfortable 22º.

Be aware that you’ll be asked to voluntarily dispose of fruit and vegetables as you cross the
SA/Vic border.