Between March 30 to April 5, about 1377 people (and a hundred of their furry friends) descended on Whyalla in 720 motorhomes, on SA's Spencer Gulf for the CMCA's 23rd Anniversary Rally.

The event was possible thanks to the efforts of about 270 CMCA volunteers, many of whom arrived the week before. Rally-goers were entertained with a number of craft workshops and motorhome seminars.

Excursions hosted in conjunction with the local visitor centre included trips to the local steelworks and the neighbouring mining town Iron Knob. Many of the attendings members donning "crocs", went crabbing at a local water hole, just
a ten minutes' drive down the road. 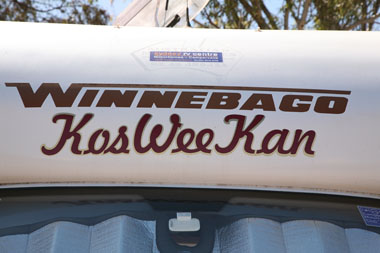 In fine rally tradition, Happy Hour was embraced, "everything stops at four o'clock, except me!", admitted Field Editor Malcolm Street - as we can see from just a selection of the great photos he snapped throughout the event.

During the event, CMCA board members met with several local councils to discuss how town facilities can better serve RVers and to decide upon future rally sites. According to Malcolm Street, councils hailed from as far away as Deniliquin in south-west NSW.