A rainforest oasis only 90 minutes inland from the busy Gold Coast, the World Heritage-listed Lamington National Park ransports visitors into another world. Grand mountain vistas, breathtaking waterfalls and an amazing variety of bird and plant life make this park a must-see on any bucket list.

Part of the Scenic Rim – a chain of impressive mountains, plateaus and peaks in south-east Queensland – the park is home to lush subtropical rainforest, Antarctic beech trees, hoop pines and montane heath. Many plants are unique and found nowhere else in the world. The vast network of walking tracks along the McPherson Range, which is situated 900m above sea level, is the perfect way to explore this stunning landscape.

The magical experience starts as you drive up the narrow, winding road to the Green Mountains, also known as O’Reilly’s plateau. Lush rainforest stretches towards the sky and the chattering of birds fills the air. The road turns and twists its way up the mountain until you reach the maze – a cutting with vertical sides carved into the side of a hill with a sharp bend that causes you to lose all sense of direction. 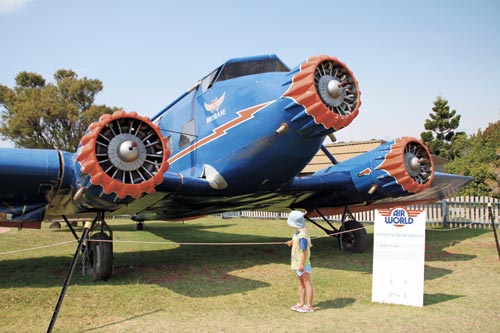 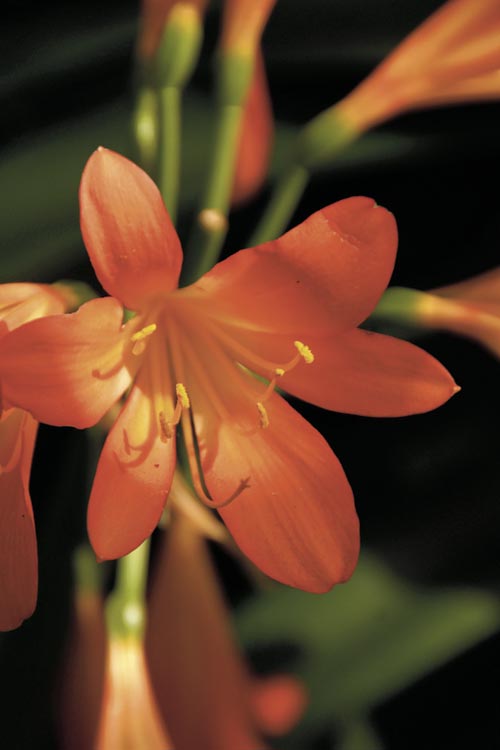 You pass an alpaca farm on your left before reaching the turn-off to the Kamarun Lookout, which opened in 1971. The land was donated by Romeo Lahey, the man who engineered the road in the 1930s and is now known as Lamington National Park Road. Originally, the road was built to transport hoop pine from the mountain to the Canungra sawmill – in the early 1900s it was the largest standply mill in the southern hemisphere. The panoramic views toward Mt Tamborine and beyond are breathtaking.

As you continue uphill, take a break at the plaque which commemorates ‘the dump’. This is where the road originally ended and the only way to the top was via a winding horse track cut by the O’Reillys. This pioneering family first ventured into the area in 1911 to try their hand at dairy farming – they became tourism operators instead. The first guesthouse was built in 1926 and visitors have been coming ever since. In those days, it took guests two days to travel from Brisbane, ending with a 25km horseback ride along Stockyard Creek Track. Today, O’Reilly’s Rainforest Retreat is a modern facility famous for its mountain hospitality and remarkable history.

After a slow 50-minute drive we arrived at the national park campground, which is set in unspoilt subtropical rainforest. Brush turkeys rummage through the leaf litter looking for food while curious king parrots and colourful crimson rosellas perched themselves on low-hanging branches to check us out. At dusk, a family of pademelons came out to feed and a choir of cicadas filled the air with song.

On our first morning, we drove 800m downhill to a small parking area for two shorter walks: the Python Rock Lookout and Moran’s Falls, one of 500-odd waterfalls in the park. The first is a 3.1km return stroll through dense rainforest which rewards with extensive views of Castle Crag and the Lost World. The 2.2km track to Moran’s Falls is a little more challenging and leads to a lookout from where the falls can be admired. Another lookout was recently constructed at the end of the walk, giving visitors the opportunity to view the Sarabah Range.

A visit to O’Reilly’s is mandatory for several reasons – the unchallenged vistas from the platform at the back of the café are spectacular but, more importantly, the area’s history is worth telling – and remembering.

Bernard O’Reilly became famous for his courageous rescue of the Stinson plane wreck survivors in 1937. A Stinson plane, bound for Sydney, left Brisbane in the early afternoon of February 19 but never reached its destination, due to cyclone-strength winds. A massive four-day search-and-rescue mission was unsuccessful. With hope of finding survivors dwindling daily, Bernard set out on foot from his home in the mountains on February 27 to search the inaccessible McPherson Range for the missing plane.

He stumbled upon the wreckage the next day, expecting to find the bodies of the seven men who had been on the flight. To his astonishment, he was greeted by two men who were heavily injured but in good spirits. A rescue operation was organised that night and the men were carried out on stretchers the next morning. Thirty-one years later, an impressive bronze statue was unveiled at O’Reilly’s Guesthouse to commemorate the men’s first dramatic encounter.

Bernard’s incredible bushcraft skills become even more apparent when you consider that the Australian army uses the 33km track to the Stinson wreck as part of their adventure training, which we experienced during our stay on the mountain.

Shortly after setting up, we found ourselves surrounded by army trucks, tents and a group of 21 soldiers getting ready to embark on a hike that is still as challenging as it was 75 years ago. Sergeant Judd and Lieutenant Matt from the 2nd Combat Engineer Regiment chose the jungles of the McPherson Range to teach their men coping skills. The training is designed to expose soldiers’ weaknesses, preparing them for real battle situations.

Twenty-one men – split into two groups – got up well before the sun rose and headed into the rainforest. Their first task was to reach Echo Point before following the Border Track in a westerly direction. They maintained radio contact with base camp, which was right next to our tent. A new dimension was added to our camping experience as we listened in on army conversation, “Alpha, Bravo, can you hear me? Over.” Unfortunately, the satphones stopped working not long after the men had left and communication became sporadic.

The first group located the Stinson wreck after 14 hours and hiked down the mountain to Christmas Creek where they were picked up. The second group, however, got lost and had to spend the night in the ranges, before finding the remains of the plane early the next morning.

The soldiers’ struggle to find the plane’s exact location highlights Bernard O’Reilly’s incredible achievement as he managed to scramble up and down the steep and unforgiving terrain without fancy navigation equipment and unable to make contact during his search. As a matter of fact, all Bernard took was an empty jam tin with a handle, which served as a billy and cup, two loaves of bread, a pound of butter, six onions and some tea and sugar. The Australian government never officially recognised his actions but there is no doubt that Bernard O’Reilly personifies the Australian spirit of courage, mateship, endurance and self-sacrifice.

Peace returned after the army left and we headed out to check out the O’Reilly Treetop Walk. The first of its kind to be built in Australia, this impressive 160m walk – suspended 15m above the ground with nine expansion bridges – is free, though donations are appreciated for maintenance purposes. Constructed in 1986, the walk through the tree canopy adds a new dimension to the rainforest experience. Some 60 species of trees and 14 species of vines can be observed, as well as ferns and orchids.

If you are a true daredevil, a climb up the second and third platforms takes you to a dazzling height of 25 and 30m, respectively, for an even more spectacular view.

After spending five days in the Green Mountains, we made our way down to the township of Canungra and headed east to check out the Binna-Burra section of the park. The 28km road takes you past the Kokoda Army Barracks and has a steep ascent before reaching the Binna-Burra Mountain Lodge.

We made our way to the campground, which is small but well-serviced with an amenities block and a coin-operated laundry. The nearby café has an outdoor sitting area, affording beautiful views.

At the end of our stay, on a warm spring morning, we cruised down the steep winding road to Canungra and watched the sun rise over Lamington National Park. This park is sure to impress you with its breathtaking views and impressive scenery, but it will also inspire as you consider the amazing legacy of Bernard O’Reilly, who risked his life to save others.