The biggest Mercedes-Benz SUV has been given a new face and identity for 2016 — what was known as the GL-Class is now the GLS-class.

The GLS-Class was renamed, together with its smaller SUV siblings, using the last letter to better align the SUVs with Mercedes-Benz’s passenger-car range. So there’s the GLA-Class, GLC-Class, GLE-Class and here the big daddy of them all, the GLS-Class.

The first-generation GL-Class was sold from 2006 until 2012, when an all-new model was introduced. Like its predecessor, the 2012-2015 GL-Class used a monocoque body instead of the familiar body-on-chassis construction but was 100kg lighter. 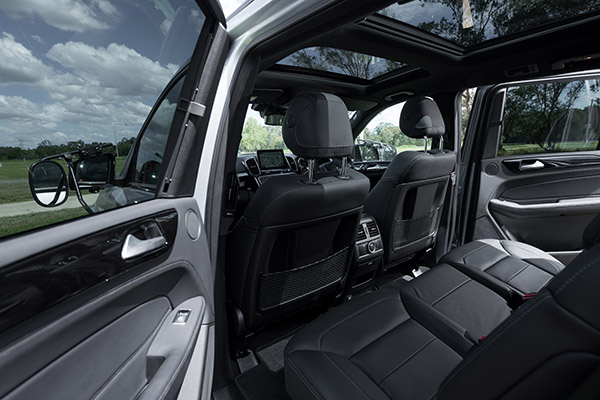 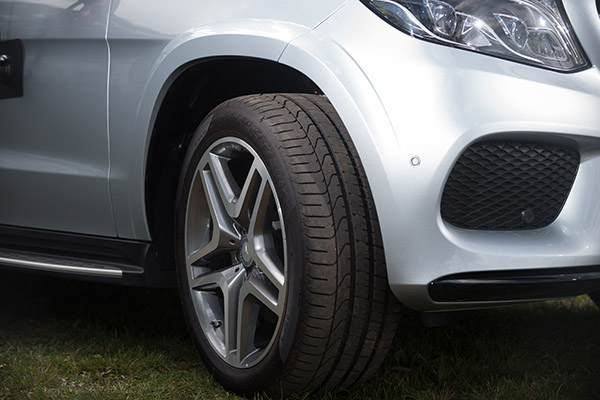 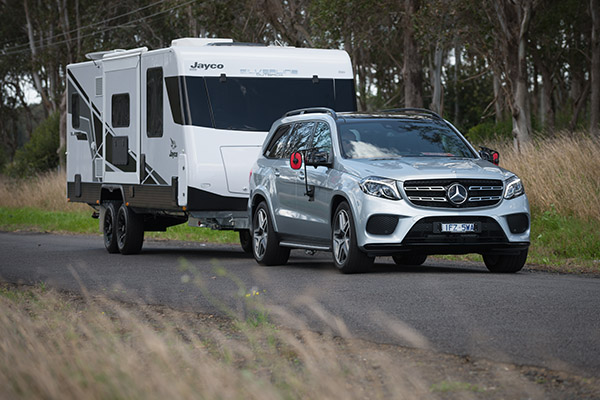 Now the GLS-Class has arrived, with a new lower front-end design, new tail-lights and rear bumper, adding 10mm to overall length. Inside, the GLS has been treated to a redesigned instrument panel with semi-integrated 20.3cm media display, new three-spoke multifunction steering wheel and a revised centre console with touchpad controller.

The GLS-Class makes an interesting alternative to the go-to tow-tug, the Toyota LandCruiser 200. In top-shelf Sahara TD trim, the Cruiser is $120,590 (the GLE 350 D starts at $116,900) and they have similar engine outputs, dimensions and towing capacity (the GLS has just 98kg less towing capacity and 68kg lower max TBM than the LandCruiser). The LandCruiser has the advantage of a more extensive dealer network (handy if you strike trouble on tour), an extra seat and standard low-range transmission, but the GLS is (slightly) cheaper and has a more comprehensive features list.

The doors open up to reveal a large cabin with plenty of room for seven adult passengers. Front seats are supportive and despite its size the GLS offers the driver a good view to the front and sides but poor vision to the rear for parking. However, with the 360-degree (’bird’s-eye’ view) and rear-view cameras, reverse parking is a cinch. The only downfall of these technical aids is that the bird’s-eye view camera doesn’t work as well in contrasting or low-light conditions. We’re used to big SUVs having big-ear side mirrors but the GLS has small mirrors — to help aerodynamic efficiency, perhaps, although the GLS would be a blunt instrument though the air at the best of times. It would be more confidence-inspiring if they were slightly wider and deeper but it’s no deal-breaker.

There’s a lot going on in the cockpit of this SUV, In the main, it gets high points for driver-friendly controls and instruments. The centre screen menus seem a bit clunky and distracting when you first navigate them but after a few days they start to make more sense and are easier to scroll though.

The second- and third-row seats offer a huge amount of room for five adults, not something that could be said for the rear seats in a seven-seat SUV.

The 3L V6 turbo-diesel is a carry-over from the GL-Class; as before, we were impressed with its smoothness and eager mid-range response. It is also a free-revving diesel, the tacho needle flicking quickly to the 4200rpm redline like a petrol engine. It’s incredibly quiet from the cabin, too, with no diesel clatter.

The only downfall here is the sluggish response at low revs — you really notice it taking a 90-degree corner in the suburbs where the engine at first doesn’t seem to respond to a squeeze on the accelerator as you pull away from the corner. There are five driving modes: Off-road; Snow; Comfort; Sport and Individual, and in Sport mode (with its more responsive engine parameters) there is slightly less turbo lag.

The independent front, multi-link rear suspension features height-adjustable air springs and the combination works well to give the GLS a smooth ride in Comfort mode, although on undulating secondary roads it felt too soft, unable to contain body movement as much as you’d hope. Sport mode fixes this, but it also sets up engine, steering and transmission parameters for sports driving, with too eager downshifts and a reluctance to upshift for cruising conditions.

The beauty of the Individual mode is that you can set up the parameters you prefer, so in this example you can set up more relaxed ‘Comfort’ powertrain  responses and firmer Sports suspension and steering.

Driving without the van one-up chiefly on the open road, the GLS achieved an average of 9.1L/100km, Towing a tandem-axle caravan, fuel consumption rose to 18.4L/100km.

With a 2841kg Tare tandem-axle caravan with a 243kg tow ball download hooked up, the GLS 350 D barely flinched. The air suspension levelled the ride and things just got better from there. Like many turbo-diesel with off-idle lag, the Mercedes-Benz’s was less pronounced with the van behind it.

That 620Nm of mid-range torque can be put to good use, with the GLS able to pull the rig down the road as if it had a much lighter van behind. Climbing hills had the nine-speed auto kicking down a few gears and using its torque to chug up hills with no loss of speed. Downhill, the 3L V6’s free-revving nature worked against it, offering less than ideal engine braking.

Stability was very good; we did this towing test on a very blustery day, and it’s fair to say that the combination was being pushed around by the wind. Having said that, the GLS never felt unstable and firming up the suspension improved its stance on the road dramatically.

The side mirror shells have a curved upper section that made them less than ideal mounts for our Ora towing mirrors. With a bit of fiddling around, we were able to make them secure and they didn’t move on test.

The GLS 350 D was fitted with a Mercedes-Benz accessory brake controller, locally developed for the model.

The funny thing about the GLS-Class is that it is a large SUV that manages to shrink around you the more you drive it. It has a highly competitive features list — especially its safety features — and other than its turbo lag performs well and is comfortable to ride in. Its towing performance is every bit as good as a LandCruiser, with a stable platform and a good performance/fuel consumption compromise.