A heavily updated new Holden Colorado has been unveiled to Australian media and arrives with new a safety kit, a restyled interior and improvements in refinement from behind the wheel.

While the bulk of the sheet metal remains the same, a host of changes have taken place underneath the skin. 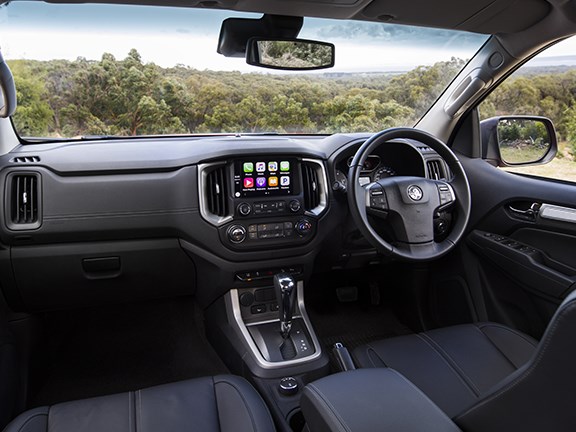 Holden has also upped the safety ante with the Colorado thanks to forward collision alert and lane departure warning technology.

The ute features a new-look dash and seat trims. A redesigned center console gives the interior a lift and features an 8-inch colour touchscreen.

“Colorado has resonated well with customers in a segment that has almost doubled in sales in the last ten years, and we’re confident the new 2017 Colorado will build on this and redefine customer expectations of what a truck can be,” Holden’s sales executive director, Peter Keley, says.

“Not only does it come with fresh new styling, it also offers car-like refinement, ride and handling as well as vehicle technologies unique to this segment including Apple CarPlay and Android Auto connectivity.

“Colorado is also the only vehicle in the 4x4 utility vehicle segment to offer remote window activation – a feature we expect to be popular with customers in hot climate parts of Australia.”

Extensive co-operation between GM engineers in Brazil, Thailand and the Holden Australia engineering team has seen a renewed focus on refining the GM workhorse.

“The variety of roads in Australia and the variety of ways in which Australians use trucks means the 2017 Colorado has to be versatile enough to handle everything thrown at it,” Holden’s lead development engineer, Amelinda Watt, says.

“We know customers like to drive their Colorado off-road or on unsealed roads, but we also know they spend a lot of time on the bitumen.

“We’ve focused on improving refinement and driveability with a range of chassis changes, including electric power steering as well as engine and transmission noise and vibration refinements.

“We’ve also had the benefit of international experience, as the Colorado program was a co-development project between GM Brazil, GM Thailand and Holden – a great example of the type of engineering work Holden will be responsible for in the future".