With no Pajero replacement on the horizon and the Challenger also becoming dated, Mitsubishi’s offroader wagon portfolio was beginning to look very stale as the calendar rolled into 2015.

Then, late in the year, Mitsubishi breathed some fresh air into its range with its Challenger replacement – the Pajero Sport.

The Pajero Sport comes in a three-tier line-up: GLX, GLS and Exceed. We tested the Exceed, at $52,750 (plus on-road costs). The Exceed is pretty good value – it’s cheaper than all its competitors, except the Isuzu MU-X LS-T and Holden Colorado 7 LTZ, but much better specified. 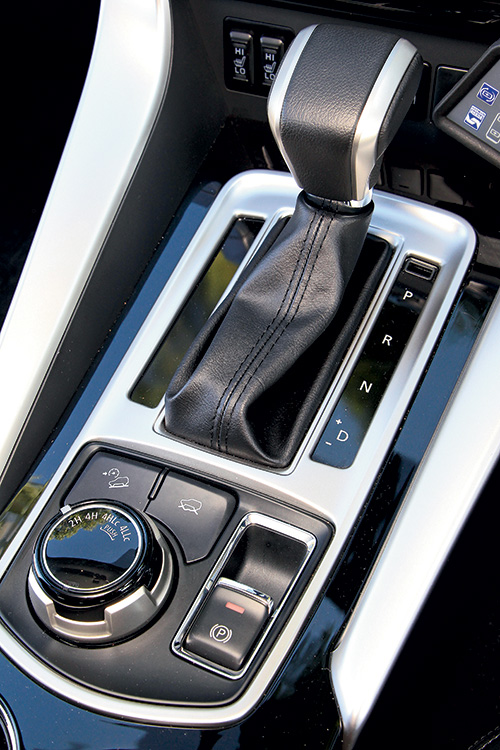 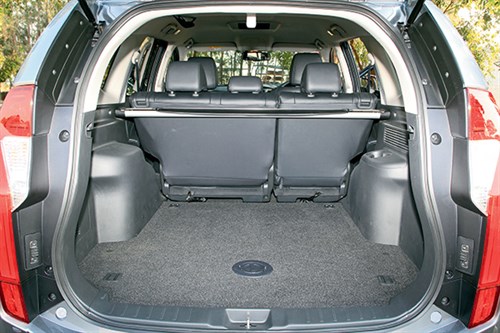 The Pajero Sport has a high hip point, meaning that if you’re shorter than most you will need to use the side steps and solid grab handles on the A- and B-pillars. The Mitsubishi’s fit and finish is good and the interior plastics don’t feel or look cheap. The infotainment system takes a while to learn but becomes easy to move around in once you’ve spent time with it.

The front seats have good side and under-thigh support while the rear seat is quite flat. This design suits having three passengers on board (usually rear seats can only be adequately contoured for the outboard occupants) and also baby capsules or child booster seats.

There is ample leg and headroom in the back, but not much air-conditioning – there are no rear vents. At least rear seat passengers will be able to hydrate, with two cup holders in the pull-down centre armrest and one each in the door pockets. There are also pockets in the back of the front seats and, of course, the DVD player mounted in the ceiling.

Some turbodiesels have dangerous turbo lag. Imagine you’re crossing an intersection where you have ample time to get across ahead of the traffic with a decisive prod of the accelerator.

Those that suffer bad turbo lag will respond instantly to your command, get out into the intersection and then feel as though the engine has stalled, before finally gathering itself and launching into the typically strong mid-range rev band. That’s turbo lag.

The Pajero Sport does have this affliction, but it’s mercifully short. You can cross that intersection without feeling as though that traffic will hit you.

The Mitsubishi performs well, with strong overtaking acceleration on call and a responsive mid-range torque that lets you grab gaps in the traffic with ease.

The all-coil suspension soaks up bumps well, and is well controlled on secondary roads at speed. On corrugations or larger potholes the Exceed does take a small side step, not unusual for a live rear axle design.

The steering is too light and lacks much feedback or feel, which is typical of the class. The Pajero Sport’s turning circle is a tight 11.2m.

With the 2110kg (110kg towball mass) caravan behind, the 2.4L diesel had to work hard to maintain speed when climbing in hilly terrain. As a rule, there’s no substitute for cubic inches when towing, and the Mitsubishi’s peak torque not kicking in until a relatively high 2500rpm doesn’t help, either. It was acceptably quiet when cruising on the plains, and the transmission was very smooth and subtle in its shifts.

The wagon wasn’t much affected by passing trucks and didn’t feel nervous while at a steady cruise, with no need for the Trailer Stability Assist to activate. There was some yawing, but that appeared to be the result of a light ball weight rather than anything else. We would have preferred to tow with more on the ball but, unfortunately, that isn’t always possible.

The Pajero Sport Exceed has a fairly extensive equipment list (albeit with a few strange omissions) and an attractive price. It is also comfortable, handles admirably and performs well.

Its towing performance is blunted up hills and fuel consumption is quite high, yet the Mitsubishi was not dynamically challenged by the extra load, and was comfortable to ride in with a caravan behind.