The ute category has seen a transformation this year as all key models have been either replaced with new ones or undergone substantial face-lifts. This is not the usual order of things; typically, the replacement cycle is staggered but, in 2015, we’ve seen three all-new utes arrive and two face-lifts. This can only push what is already one of the major segments in Australia, higher in sales volume.

One of those to be renewed is the Nissan Navara. The new NP300 (or D23 Navara) replaces both its direct predecessor, the D40 (although it shares the D40’s chassis), and also the entry-level, two-generations-old D22. 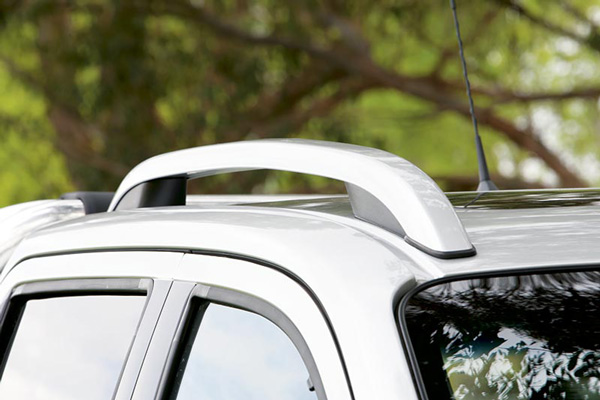 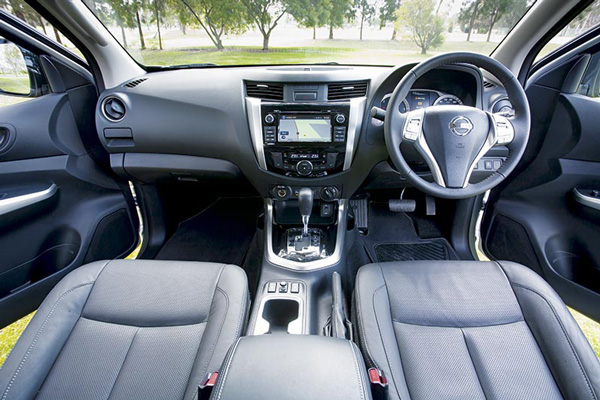 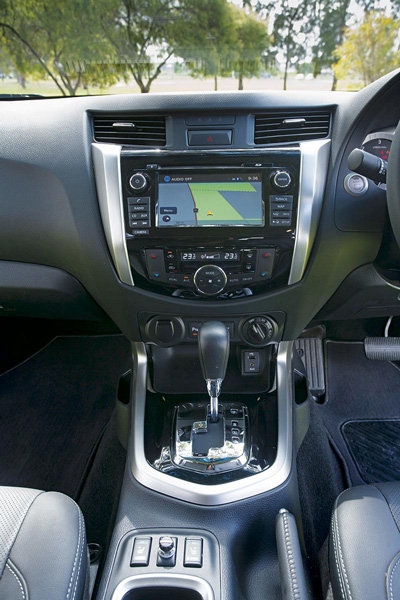 Getting in and getting comfortable with the Navara is a simple affair. Like almost all its ilk, you have to climb aboard as the seat base is quite high. There are handgrips and the side steps to help here, though, and, once ensconced in the driver’s seat, you’re met with a clear, logical array of instruments and controls. The front seats have good under-thigh support, although are a little flat on the side wings if you’re in a hurry on winding roads. The rear seat is flat and not supportive but, like the front, there is plenty of room to move – at least when two are perched on the bench.

The Navara ST-X has a Renault-sourced 2.3L turbodiesel engine. Its party trick is (like Volkswagen’s Amarok) a twin-turbo arrangement. One smaller turbo spools up quickly and operates at low rpm while the larger turbo takes over for higher rpm work. The double overhead-cam four-cylinder also features a 200MPa pressure injector system, thermal management system and electrical variable displacement oil pump.

The 140kW output at 3750rpm is in the ballpark for the class, as is the 450Nm of torque. What makes the peak torque figure more attractive is the rev range in which it is available – between 1500rpm and 2500rpm. Diesels tend to give their best pulling power at low revs, but to have 450Nm on tap from 1500rpm is quite an attractive proposition.

The result of all this fettling is an engine that is very flexible and that delivers plenty of grunt from the get-go. Many turbo-charged engines suffer from turbo lag – that is, throttle response tends to be poor at low rpm and improves only as the turbocharger gets enough exhaust gases to start spinning and boost more air into the engine. With a smaller turbo that is able to spin up quickly, the Navara is on song pretty much from the start. There is a slight hesitation but not like some turbo engines where, when you go into an intersection at full throttle, it seems like an age before the engine responds with strong acceleration.

The only time the engine feels a bit sluggish in response is in rolling acceleration, when it feels as though the transmission is slow to respond with a kick-down. The engine is very free-revving and smooth for a diesel, and propels the Navara along very well.

The use of coil springs at the rear is unusual for the class, with all others except the Ssangyong Actyon ute preferring leaf springs. Coils tend to give better ride quality but lose out on load-carrying ability and simplicity over the leaf spring design. And so it turns out with the Navara. The ride is relatively smooth and the rear live axle doesn’t skip over corrugations or deep potholes as the leaf spring utes tend to. Yet when the Navara is loaded up with a decent payload – as we’ve discovered in other testing of the same ST-X on review here – the rear of the vehicle sags all too easily.

While touring on well-made roads, without too many dips or undulations, the Navara felt supple and smooth. Throw in a bit more road surface variety, though, and it began to exhibit float and side-to-side pitching and the shocks felt slow to recover from bumps. This is exacerbated in offroad situations, where the front-end, in particular, was prone to compressing over bumps.

Steering feel was quite adequate, with a direct turn-in on corners and no vagueness when steering straight. Like most in the class, however, there is not a lot of information delivered through the steering wheel about what’s happening at the wheels.

When driving in easy freeway touring situations with no load, the Navara was very fuel-efficient, sipping diesel at a rate of 7.2L/100km. When towing a 2400kg (Tare) full-size, tandem-axle caravan, the fuel consumption figure rose to 16.7L/100km. That’s not bad, but not as impressive as the solo figure. Because we were unable to tow as much as we usually would on the highway in this instance, our towing economy figure may well be able to be improved on.

When we hitched up the 2400kg van (with 140kg towball download), the Navara barely flinched – which is no surprise with such a light ball load. A van with a 200kg-plus ball load might have been more telling.

The Navara performed like it was made for towing out on the road, with plenty of pick-up off the mark, and strong, smooth and seamless acceleration was available to right near the redline. Up our test hill, the Navara held 90km/h at almost full throttle. Downhill, engine braking was quite poor; perhaps that engine’s free-revving nature precludes it from giving strong compression braking performance.

With its smooth and powerful engine, lush transmission, comfortable, well-specced interior and solo-driving parsimony, the Navara is a good towing rig choice. However, if you were to replace the soft standard suspension with a heavy-duty, aftermarket setup, the Navara would be transformed from a good towing package to a great one.