While barely two years have gone by since its arrival on the market, the Kia Sorento has already been refreshed. Although its mechanical components haven’t changed, there has been a raft of minor design changes: noise, vibration and harshness (NVH) improvements and extra features added which are not available on the earlier model.

The monocoque body is stiffer and new vibration-damping subframe mountings are used in an effort to reduce NVH. Other changes to reduce NVH levels include a three-layer, noise-lowering material on the underside of the bonnet and a new sound insulator fitted to the transmission tunnel. 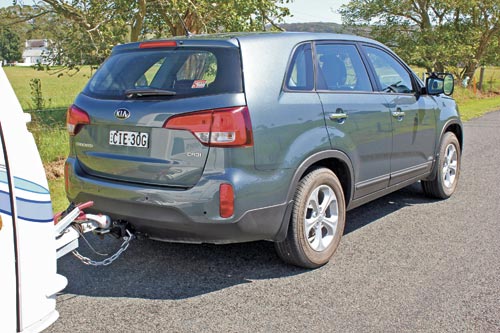 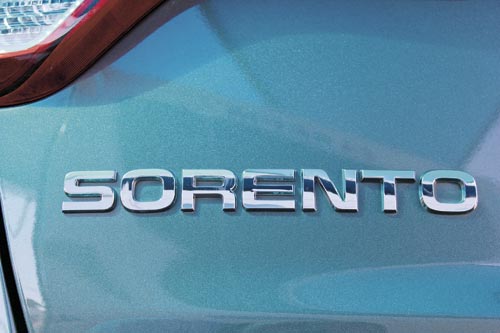 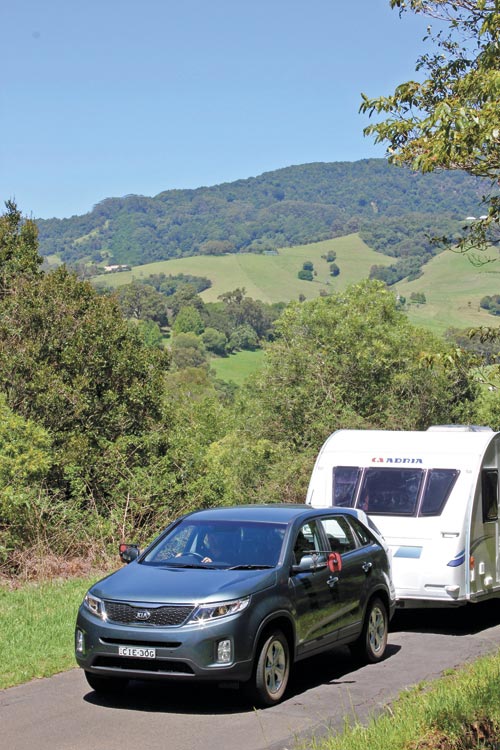 As with the previous model, Kia says it used Australian input to fine-tune the ride and handling with engineers spending hundreds of hours and thousands of kilometres to see that the Sorento suited local conditions.

Other changes to the Sorento include stronger suspension subframes, dual-flow dampers front and rear and an electric motor-driven power steering system in place of a conventional hydraulic set-up.

Kia calls its electric power steering ‘FlexSteer’, and it is a system that gives the driver the option of three different settings: Normal, Sport and Comfort modes. Steering effort is altered for each mode, with Comfort providing the most assistance and Sport the least.

Changes to the frame have resulted in better front, side and rear impact protection.

The upgraded Sorento also has upgraded brakes, with larger diameter (320mm) ventilated front discs and (carried over) 302mm solid discs at the rear. Kia claims it needs only 36.3m to stop at 100km/h.

We tested the entry-level diesel Sorento, the Sorento Si AWD which, in manual form as tested, costs $38,990 (plus on-road costs) while the heavy-duty towing pack (towball, trailer wiring harness, labels and new rear coil springs) is $977 plus fitting. The heavy-duty towing pack increases allowable maximum ball load from 120kg to 150kg. The automatic Sorento has a 2000kg maximum towing limit; the manual we’re testing here has a 2500kg maximum.

The Sorento Si doesn’t look like the poor cousin of the range inside. The mock dark wood accents work well and give the impression that this is a more luxurious model. Fit and finish appears to be on par with the Japanese competitors. Other nice touches include the backlight instruments and the control and instrument layout is generally very good – nothing is hard to find or use, with the exception of the foot-operated handbrake. The driver’s left footrest is also out of step here, as it is angled too much towards the horizontal to be truly useful.

The seats are comfortable and reasonable supportive, while vision out of the vehicle is only slightly impeded by the A-pillars. The D-pillars are very wide, but for rear-quarter vision you are more likely to rely on the huge side mirrors anyway.

The second-row bench provides plenty of leg room and headroom, but the seat itself is flat and unsupportive. This is a blessing for those who need to fit child seats or booster seats though, because these fit relatively well in the Sorento, unlike a more supportive, contoured seat. The third row seats are really only ideal for children, as the seat base is too close to the floor and legroom is tight for adults. The lack of adequate side windows back there also makes the third row feel a bit dark and claustrophobic.

With all three rows of seats up, the cargo area is very small (as is typical of most seven-seaters), but, with the third row folded away, cargo space is more than ample.

The engine fires up with the typical diesel clatter but is smoother and more refined than you first expect it to be. The engine makes itself known at idle but once you’re moving the noise isn’t as obvious and the engine revs out cleanly and without the vibrations some diesels have.

The engine has fantastic mid-range punch; it really pushes the Sorento along very well once it hits 1800rpm. The manual does accentuate the soft response under 1800rpm though, so you have to slip the clutch a little if you need a quick response off the mark. In second-gear, 90-degree suburban corners you can also feel the engine labouring if you let speed drop too much. Keep the engine within the revs it likes – that is, between 1800rpm and 3500rpm – and it is a very easy, responsive vehicle to drive.

The gearshift is slick and doesn’t suffer from any vagueness or notchy-ness. Six-speed transmissions can be difficult to master in the 3-4 and 5-6 planes because they are often placed so close together but this transmission is one of the better ones. You aren’t left to guess what gear it is you’ve just selected.

The Sorento has independent coil-spring suspension front and rear, with the rear springs the slightly stiffer tow pack versions in the test vehicle. The Sorento rides well, dispatching most bumps without fuss. It can feel a little too soft on fast, undulating ground but overall it is a good compromise. Handling is acceptable, with direct steering (though lacking much feel) and a chassis fairly responsive to changes in direction.

The Sorento sips fuel on an easy, unladen run, with less than 8L/100km quite achievable. When towing a 2000kg tandem caravan, consumption rose to an average of 13.8L/100km.

There are a few provisos for when towing with the Sorento. Kia stipulates that the Sorento should only be driven at a maximum speed of 70km/h on 40 per cent gradients, and also says not to exceed 100km/h when towing, and recommends halving service intervals to 7500km/six months when regularly towing.

The Sorento shouldered the weight of our tandem-axle van (which had a ball load of 100kg) very well. The light ball load of the European van didn’t challenge the Sorento at all, and once on the move, the weight was not a problem either.

The negatives as a tow vehicle were that sometimes getting off the mark required some clutch slip to avoid stalling, and engine braking wasn’t as strong as you’d expect from a diesel.

The Sorento Si AWD diesel manual is a good all-rounder, and represents good value among the medium SUVs. It is fuel efficient, has plenty of interior space and as a point-to-point tourer it copes well, with or without a van behind. We suspect that, even though the manual transmission is a good one, that the automatic version would be better for towing as it copes better with off-the-mark performance.