The third-generation Hyundai Santa Fe was released last year and with it arrived a whole new level of sophistication from the Korean car maker.

The new Santa Fe is slightly larger, yet lighter, than the model it replaces and it heralds Hyundai’s new ‘Fluidic Design’ corporate look, which will flow through to the next generation of new models from Hyundai. 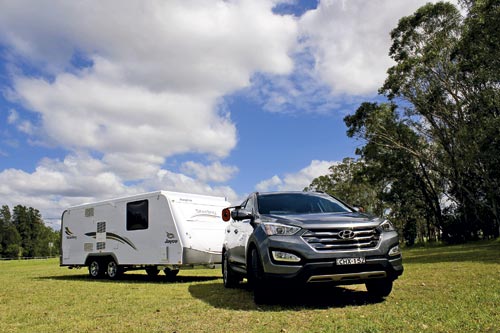 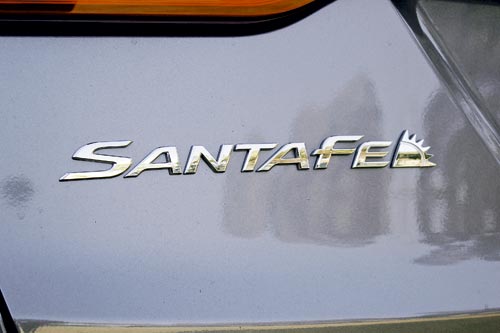 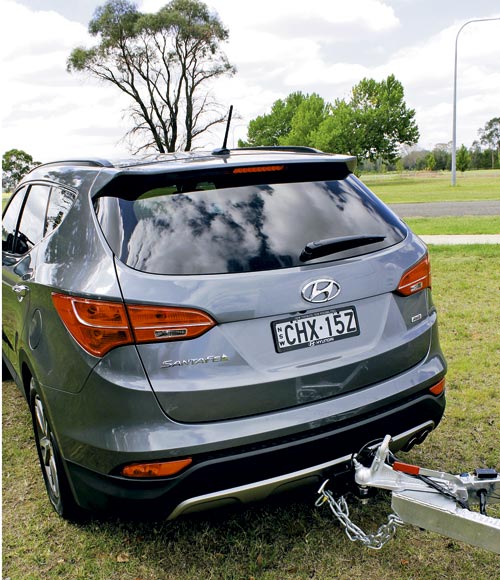 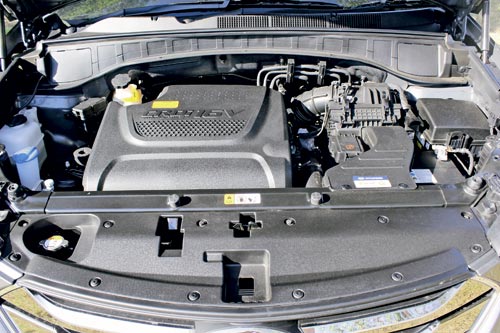 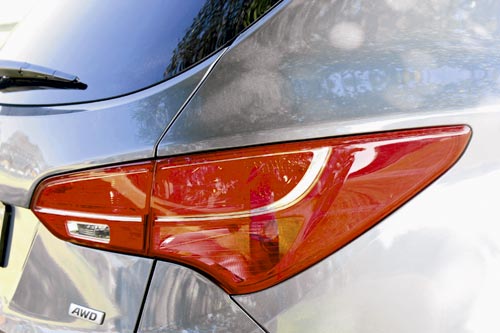 The Elite CRDi auto is the middle model of a three-tier model line-up, and is very well-equipped for its $46,990 (plus on-road costs) price. The Elite includes the entry-level Active’s key features of seven seats, seven airbags, ABS brakes, EBD and Brake Assist, stability control and traction control, rear-view camera and rear parking sensors and Bluetooth, and also adds leather seats, power driver’s seat, satnav and 17in alloy wheels to its standard features list.

The Santa Fe’s interior is impeccably presented, bringing a new, higher level of fit and finish to the nameplate. It looks like the interior of a more expensive SUV wagon. The use of an electronically-activated parking brake – finally replacing the foot-operated parking brake of previous generations – and highly sophisticated LCD dash panel are a couple of notable new features.

The front seats are comfortable while the second row – now with three 1/3 splits, with a fold/slide arrangement on the kerbside, rather than traffic side as before – is a little flat on the seat back but is adequate for three adults, and you sit up nice and high.

The third row is tight on leg room, too close to the floor for adults, but the second row seats are fore-aft adjustable so a compromise on leg room can usually be reached. The third row’s individual seats fold into the cargo floor when not in use.

The 2.2L R Series turbodiesel engine is a carry-over from the previous model, where it appeared in 2010. It has a variable vane turbo-charger and is intercooled. The optional six-speed automatic (a six-speed manual is standard) has a manual mode but is otherwise quite conventional.

The engine is not as turbine-smooth or super-quiet as some diesels are, but it is still refined and willing to rev. The shift from off-boost to boost performance is not as marked as many turbodiesels; the Santa Fe has acceptable acceleration before it hits its straps at about 1800rpm, so you don’t feel as though you’ve been left hanging out to dry when you need a quick burst of acceleration off the line – the problem with most turbodiesels. Once rolling, the Santa Fe has a deep well of torque that makes pulling out of corners or quickly making a gap in traffic a cinch.

The only downside to all that torque arriving at about 1800rpm is that the front-drive oriented Santa Fe will give a tug at the steering wheel and even break traction on a quick take-off. While it is an all-wheel drive with a lockable centre differential, the reason for the momentary loss of traction is that the system is an on-demand type that is front-wheel drive until slippage occurs.

The six-speed automatic is not the butter-smooth shifter that some transmissions manage to be, but it doesn’t ever appear to disgrace itself with jerking or rough shifts, either. Overall, it’s a smooth, predictable transmission.

The all-independent, coil-spring Santa Fe has local suspension tuning input and it shows. A smooth-riding wagon around town, it absorbs bumps well and body movement is well-controlled by the dampers. The electric power steering is a little wooden and the three-mode steering set-up is a bit of a gimmick – the ‘comfort’ mode lightens steering appreciably over the ‘normal’ mode and ‘sport’ mode reduces power assistance, but it can’t be said that this is a revolution in steering responsiveness. Overall, this is a stable, comfortable chassis rather than a dynamic one in the way a Ford Territory’s is, for example.

Fuel consumption on test reached a low of 7.9L/100km during mostly highway cruising and reached a high of 13.6L/100km while towing a 1700kg caravan.

Hyundai’s only stipulations for towing are that it should be avoided for the first 2000km, that speed should not exceed 100km/h when towing (or 70km/h up steep climbs) and that use of a weight distribution hitch is not recommended.

While the van hitched to the Santa Fe was quite light on the ball, the fact is that the Santa Fe shouldered the weight behind it very well. There was a small amount of pitching and a small amount of sway but it was almost not worth noting. Climbing our test hill, we were able to maintain the 90km/h speed limit, albeit with full throttle. Downhill, the Santa Fe’s engine braking is quite poor – it feels like a petrol engine in the way it is unable to peg back speed using engine braking.

There are few medium-size SUV wagons that strike the balance between good looks, good performance and comfort at a good price in the way that the Santa Fe does.

The Hyundai Santa Fe is a middle-of-the-road performer – it won’t overwhelm you with its handling, performance or looks, but it is a good family wagon, and a good tow tug to boot.