Caravan World’s Malcolm Street has issued a reminder to caravanners to pay attention to all items packed in their caravan in order to keep the laden weight within their vehicle’s towing limitations.

As Street writes in a forthcoming issue of Caravan World, many vanners overlook the weight of the items that are necessary for a caravan trip, such as the weight of the water in the tank(s) and gas in the cylinders.

“Far too many people forget that water has weight,” writes Street. “Tare weights are frequently measured ‘dry’ and so if you have a 100L water tank, this will add 100kg to the load straightaway. 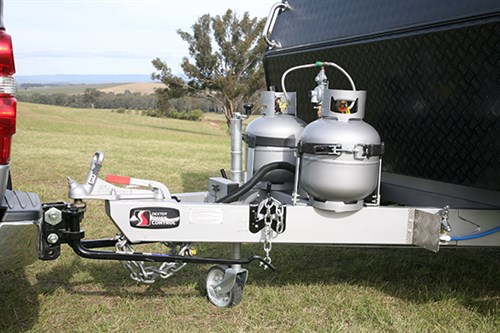 “Towball weights are another issue – some manufacturers’ caravans have a high ball weight to start with and once the water tanks and gas tanks are filled and the golf clubs are loaded into the tunnel boot – then guess what?”

On maximum towing capacities, Street warns that it’s important to pay attention to the fine print, as some vehicles’ towing capacity can be down-rated (the Ford Ranger being a case in point) depending on its loaded weight.

“There’s what’s legal and what’s sensible. Believe it or not, they are not necessarily the same thing. Inadequate load capacities are often an issue but sometimes I think we’d be better figuring out if we could carry less in the first instance!” he writes.