For more than 10 years, visitors to Caravan World and sister magazine Camper Trailer Australia’s joint stand at caravan and camping shows all over Australia have been greeted by the friendly and familiar faces of Arthur and Marg Hinchcliffe.

Whether it’s handing out advice, explaining technical information, signing up subscribers, giving directions, or selling our DVDs and magazines, Arthur and Marg are popular figures in the industry.

The couple have worked for Bauer Trader Media’s RV titles, waving our banners at the shows, for nearly 11 years – and are just as enthusiastic about it now as the day they started. 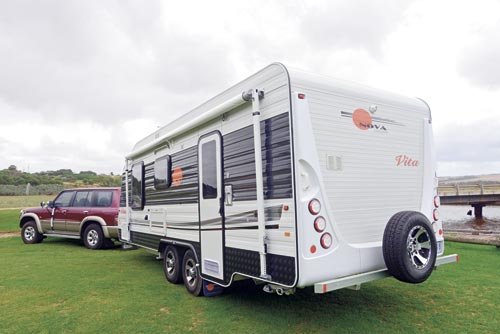 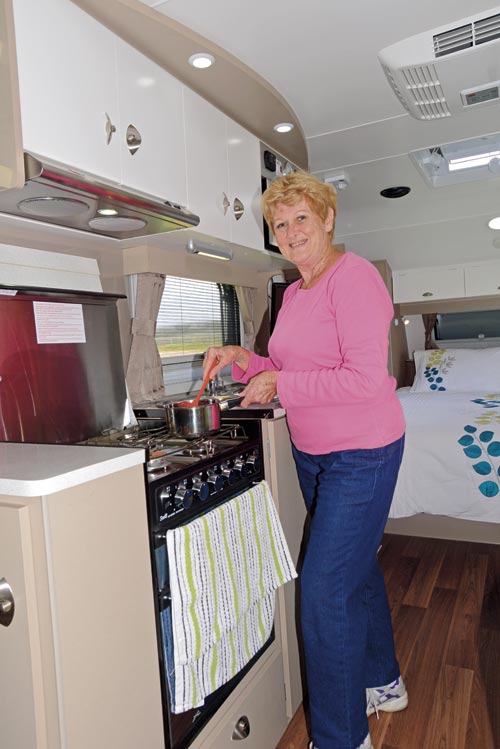 “We retired early from our business and had just done some work for the (former) publisher,” Arthur recalled. “He asked what we were going to do now and he said, ‘Get a caravan and I’ll give you a job’. We already had one, so he did.”

In those days, the Hinchcliffes attended about 16 shows a year. These days, that number is closer to eight or nine and includes the major shows in Adelaide, Melbourne, Sydney and Brisbane, as well as many regional shows in various states.

Over the years, they have seen the demographic of RV travellers changing.

“It’s a growing industry and there’s a lot of newcomers,” Arthur said. “There’s very few who get out on the road and say they’re not enjoying it.”

It’s a love of the caravanning lifestyle that keeps Arthur and Margaret so engaged with show visitors and they love helping people find their way through the maze of information out there.

“I think the readers appreciate having someone to talk to about the magazine,” Arthur said. “We just pass on some of our own experience from what we’ve found.”

“People are searching for information,” Marg added. “People come past and they’re confused about what to buy and we speak to them and help settle a lot of their queries.

“Then they come back the next year and tell us what they bought and say thank you. That’s the nicest part for us.”

But they have seen and heard some strange things during their time at the shows. “One lady came in and she was genuinely confused about three-way fridges,” Arthur remembered. “She said she understood it could be opened from the front, and if you lay it on its back, you could open it from the top, but she couldn’t work out what the third way was.

Experience is something the Hinchcliffes have plenty of – Arthur has owned upwards of 12 caravans in his life.

He recalls travelling up and down the east coast of Australia for three years
as a child with his parents and has enjoyed caravanning ever since.

Arthur and Marg bought a van as soon as they got married and have never looked back.

“We caravanned in our younger days with our kids,” Arthur said. “But as your family changes, your van changes.”

The couple tow their van to all the shows and live in it while they’re working. Arthur is quick to praise Marg for keeping their ‘second-home’ running, despite working all day. And between their show commitments, the couple still enjoy hitting the road as often as they can.

They aren’t offroad travellers but reckon there’s something amazing to be found wherever you go.

“We find things to do wherever we are,” Arthur said. “We’re always looking for new things to do that we haven’t done before. If you are just going to do the same things you always do, you may as well stay at home.”

They list the camel races at Tara, Qld, and the rodeo at Mt Isa as two of their most memorable trips, and planned to visit Corryong, Vic, for The Man From Snowy River Festival at Easter this year.

“One thing we really enjoy is the history of our country and a lot of places create interest out of their history,” Arthur said.

They have travelled a fair bit of the country but are really keen to see Western Australia and the Northern Territory.

“We haven’t got shows in Broome and Darwin yet, so we’re a bit dirty about that,” Arthur joked. “As soon as we can, we’ll go up to Darwin through Alice Springs.”

Arthur and Margaret have become familiar faces to many and are recognised wherever they go at caravan shows and parks. And they are now more recognisable than ever, towing their brand new Nova Vita caravan. They picked up the van from Nova’s Somerton, Vic, factory on their way to Adelaide for the SA Caravan and Camping Show in February this year and we caught up with them along the Great Ocean Road on their way back for the Victorian Caravan Show.

With black fibreglass composite panelling down the side and Nova’s iconic orange decals, the new van is certainly making a splash.

“It’s pretty glamorous and it’s an eye-catcher, that’s for sure,” Arthur said. “Every night we came back to the caravan park after the show, people wanted to know who owned it and what it was like.”

The 19ft 6in (internal) van has a full ensuite, a modern interior, and a washing machine. But the real highlight is the attention to detail, Marg said.

“The finish is really exceptional, the attention to detail is second-to-none and it has all the little extras which make life a bit easier,” she said. “Everything is where it should be. There are thoughtful little things that all add up, like being able to reach the microwave and having hooks on the drawbar to hang the chains. They’re not vital, but they’re nice to have.”

The interior of the van is finished with white walls and benchtops with a contrasting latte trim, upholstery and some cabinetry – and no timber panelling in sight!

“We really wanted to break away from the timber finish,” Arthur said.

The Hinchcliffes tow the van with a Nissan Patrol and advocate the importance of using the correct tow vehicle and having two capable drivers. “Arthur does most of the driving but I can handle it too,” Marg said. “There will usually be a main driver but having a back-up is essential.”