Not so long ago, a team from CW’s publisher was doing some research in the Mudgee, NSW wine growing area and needed a couple of motorhomes along as support vehicles. I like the Mudgee area and was charged with taking along an Avida Esperance for the ride, so it wasn't a tough assignment.

As Australia’s largest motorhome manufacturer, Avida is able to offer a wide range of motorhomes on different cab-chassis. The Esperance, built on an Iveco Daily's bones, has an external length of 7.94m (26ft) and is available in three different layouts, two with slide-outs. In this case, the C7932 SL does have a slide-out and this one has been upgraded from the standard 4490kg GVM to 5200kg. Given the Tare weight of 4352kg, that gives a decent payload of 848kg.

In the motive power department, the Iveco Daily comes with a 3.0L turbodiesel, the single turbo version that delivers a maximum of 125kW and a healthy 430Nm of torque. Bolted to the automatic eight-speed gearbox, it powers the Esperance along quite well. It certainly handled the Great Western Highway across the Blue Mountains without any problem. 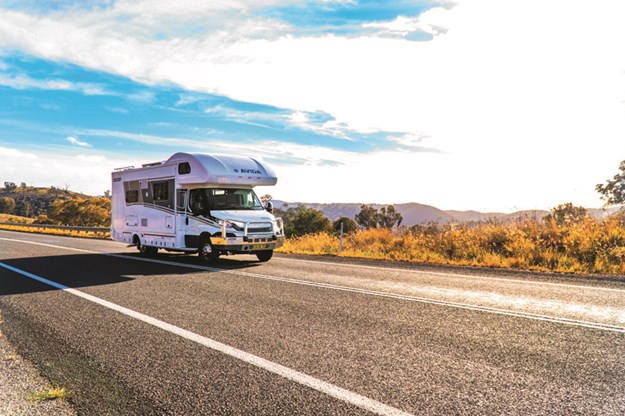 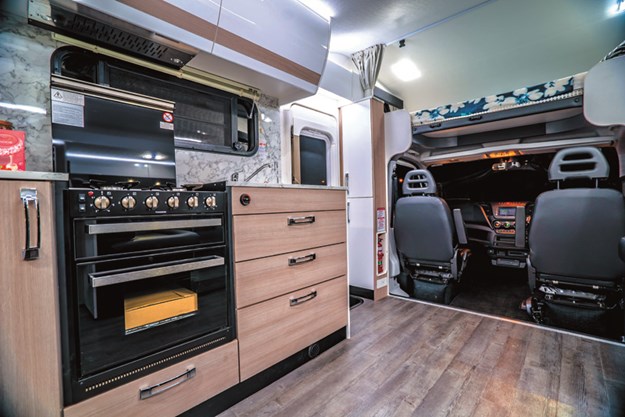 Like just about all Avida products, the Esperance is built using a fully welded metal frame for the walls, floor and roof. Fibreglass composite sandwich panels are used for the walls. The one-piece floor panel is similar but has a ply timber sheet above and aluminium sheeting below for underfloor protection. Given the shape of the Luton peak/front cab surround, rear wall and roof area moulded fibreglass is used. For insulation, the frame has a foam sheet filler which Avida reckons will both act as an insulant and road noise reducer. It does appear to keep the noise level down a bit on the road, although there are the expected rattles and noises from the rear.

Being a larger motorhome there are a considerable number of external bins. There are four along the lower offside, all mostly under the slide-out and therefore slightly awkward to get at with the slide-out open. Two of the bins have purpose, one being for the 4.0kg gas cylinders and the other a 2.3KVA Onan generator. In the slide-out itself, two more bins are fitted and on the nearside, apart from the battery compartment there are two more, the rear one with a small slide-out tray.

Given that the slide-out takes up about two thirds of the offside wall area, it’s not surprising just how much internal space it adds when it's opened. Stepping in through the forward entry door reveals a nearside kitchen bench and the slide-out on the opposite side that contains a cafe-style dinette, fridge and microwave oven plus a transverse island bed at the rear end. There is of course a full bathroom across the rear and second (Luton) bed up front.

Avida has gone for the 'bright white with plenty of LEDs' strip lighting interior look which might sound a bit stark but it does result in a bright interior. There are a few roof hatches and the maker has used its favoured Hehr multi awning windows which do have the advantage of being difficult to break into but slightly fiddly to open.

One of the slightly odd results of a slide-out is that the cab's front swivelling seats don’t always integrate with everything else, as happens here. Both seats can be turned around with a bit of fiddling and offer the usual more laid-back comfort. The slightly squarer cafe-style dinette lounges will certainly seat two people comfortably, maybe four at a pinch and the front seats offer two more separate seats. The multifold table can be pushed out of the way when not required and in addition to the low profile overhead lockers for storage, both seats have drawers underneath. Under the rear seat are both 240V and 12V sockets and while out of the way are just a bit fiddly to get at.

Time to get cooking

The kitchen in this motorhome looks on the small side as it is, but it has a couple of little additions that make a difference.
Firstly, it does have all the expected features — a four-burner cooker/grill/oven and stainless steel sink. There is some benchtop space to the rear, where the kitchen angles back to meet the TV storage cabinet in the bedroom area. On the forward end, the little cupboard behind the passenger seat, which could double as a small pantry, also has a hinged flap that extends across the doorway and supplies a fair chunk of bench working space. Downside is the doorway becomes a bit unusable, the upside is a simple and effective bench extension.

A couple of deep overhead lockers, three good-sized drawers and a wire basket slide-out pantry make up most of the general kitchen storage. Just to add a touch of class, there’s a built-in wine bottle holder and a rack of small shelves. On a more practical level, both the 240V and 5V USB outlets are conveniently located with shelf space for devices being charged.

A benefit of having the 1.9m x 1.4m (6ft 3in x 4ft 7in) bed fitted into the slide-out is that there is plenty of walk-around space when the slide-out is open, although getting to the bathroom when the slide-out is closed up isn't really practical.
With this arrangement, there are no bedside cabinets as such, instead a couple of small corner shelves are fitted on either side under the overhead lockers.
At the foot of the bed along the nearside wall, a narrow under-window cabinet hides a flatscreen TV which powers up to the viewing position when needed. That still leaves enough space for a couple of smaller cupboards and a washing machine in the corner. Fitted right into the rear nearside corner is a good sized wardrobe which is accessed from outside the bathroom.

Having the washing machine outside does mean the bathroom can be smaller than full width, yet still allow space for a shower cubicle, mid station cassette toilet and a small but adequate vanity cabinet. With the sliding door set at an angle, it does make it easy for getting around the bed even when the door is closed.

This particular motorhome is a bit special because it was built for Avida founder Bruce Binns himself and therefore has a rather long list of extras fitted.
Even without those, the Esperance is still an impressive motorhome and certainly offers much for long term motorhome travel.

You just need to get a Light Rigid licence!