Swift is a well-known manufacturer of caravans and motorhomes in Britain. The company’s caravans have made their presence known in Australia over the last six or seven years. The range

has been increasing courtesy of the current importer and, in more recent times, a couple of motorhomes have been added to the list. 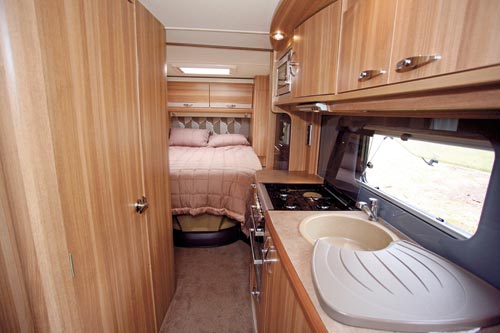 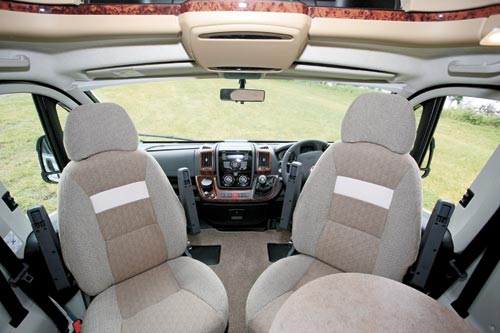 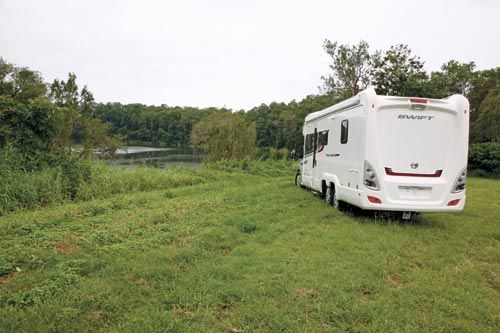 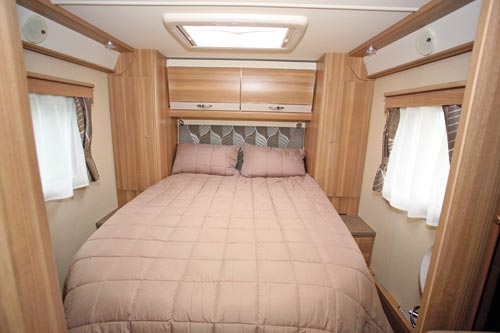 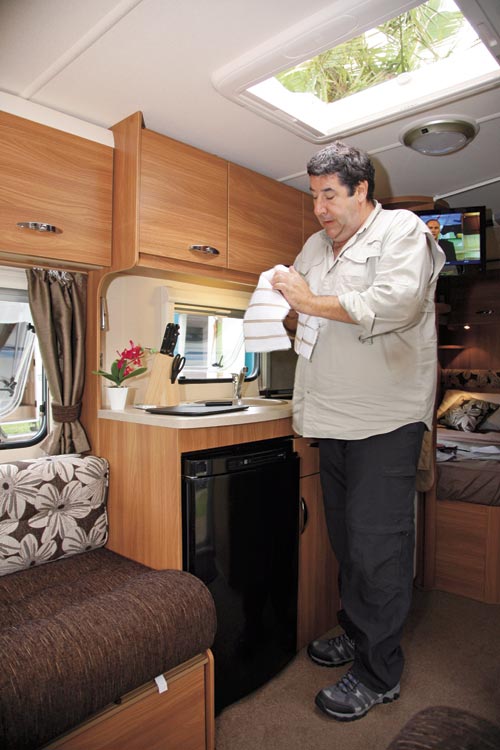 The Swift Kon-Tiki 669 motorhome had a Fiat Ducato Multijet 150 cab attached to an Al-Ko chassis. The reason for the Al-Ko chassis is twofold. It not only accommodates the 8.56m (28ft 1in) length of the Kon-Tiki, but also gives it a good load capacity. With a Tare weight of 4280kg, the 5000kg GVM gives a load capacity of 720kg, which means the driver requires a Light Rigid truck licence.

The motorhome’s body is built with one-piece composite walls, which have a marine grade aluminium exterior. The front, rear and roof are made from moulded Glass Reinforced Plastic (GRP) – moulded fibreglass to you and I. Like the walls, the floor is a composite sandwich structure with 40mm of plywood and styrofoam insulation. As it has European origins, all the windows, including the skyview above the driver’s cab, are double glazed polyplastic acrylics.

The amount of external storage space in the Kon-Tiki is surprising. Bins are often limited in low slung motorhomes, but this motorhome not only has full-width rear tunnel storage but also a large drawer fitted to the mid-offside and a more conventional bin behind the driver’s door. There are also dedicated bins for the gas cylinders and toilet cassette. Although most of the external bin doors appeared to have dust/weather seals, the drawer has a hinged top and appears to be a bit light on.

The review Kon-Tiki came with a 2.3L 109kW/350Nm turbodiesel engine and a manual six-speed gearbox. That’s a bit different to the usual power train – a larger 3L/132kW/400Nm engine and six-speed auto combination – especially for a motorhome of this size. I wondered how it would perform and the answer is, adequately

The Kon-Tiki is 8.56m (28ft 1in) long and the result is typical of what many travellers desire: a rear island bed and a front lounge/dining area. That leaves the middle for an offside bathroom and a nearside kitchen. The interior layout has Britain stamped all over it, with curved cabinetry, interior colours, curtains and light fittings, not to mention the number of roof hatches, including a large curved one at the front.

Up front, the driver and passenger seats swivel around to meet the sideways-facing lounges. The offside lounge also comes with two forward-facing seats with seat belts. To accommodate the passenger in the wall seat, the seat cushion immediately in front of the seat can be removed. The lounge seats transform into a double bed by sliding out of the seat bases, which is a versatile feature.

Often, motorhomes out of Britain and Europe have small kitchens but this one is a useable size. General storage is quite good – both the cupboards have wire basket drawers and at least one of the overhead lockers has a plate and cup rack built in.

There’s a nominal amount of benchtop space but that can be improved by removing the detachable sink drainer. There are the usual kitchen essentials such as the stove and microwave, which is located in the overhead lockers. Sitting in its own little spot on the opposite side is the 190L three-way fridge.

Between the fridge and the rear bedroom, the bathroom makes efficient use of space. There is a shower cubicle, washbasin and Thetford cassette toilet. In addition, there’s top and bottom cupboards, a large wall mirror and, for those who like to travel in cooler climates, there is also a wall-mounted space heater.

The Kon-Tiki offers a lot for Australian travellers. It rides on a Ducato cab bolted to an Al-Ko chassis, so it’s not going to be any different to Australian-built motorhomes. And any motorhome well-insulated for a European winter is going to be equally at home in an Australian summer.