ONE OF MY MORE remarkable talents seems to be the ability to carefully line up RV trips with bad weather. But on a recent trip along the coast between Brisbane and Ballina, NSW, where there has been some appalling weather of late (like so many places), I managed to get three days of almost perfect conditions.

One of the reasons for this little trip was to have a play with Talvor's new MacLeay motorhome. Based on a Volkswagen Crafter cab chassis, this unit is the result of several years of development by Talvor.

Broadly speaking, one of the goals of motorhome design is a rear dinette/lounge with windows all-round, as well as a fixed double bed. Such a setup, especially using a traditionally-designed motorhome with Luton peak, generally hasn't been possible. 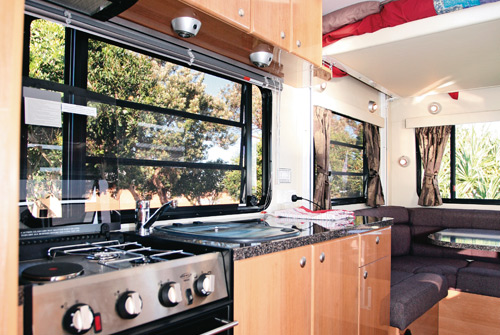 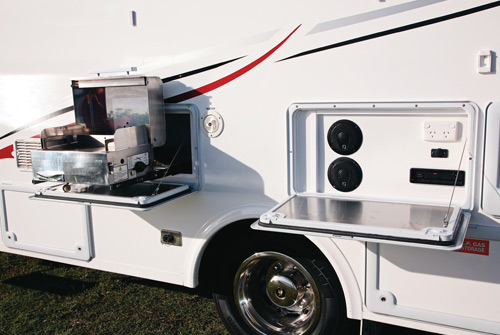 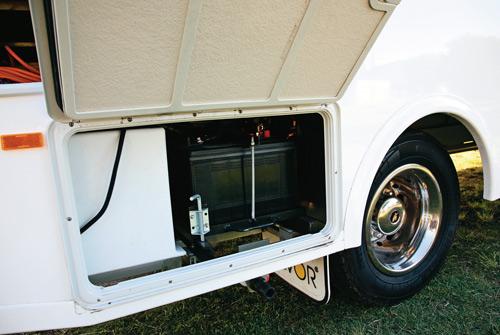 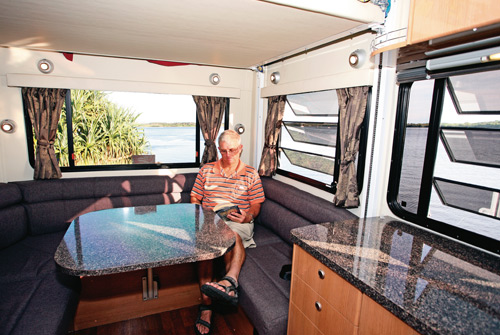 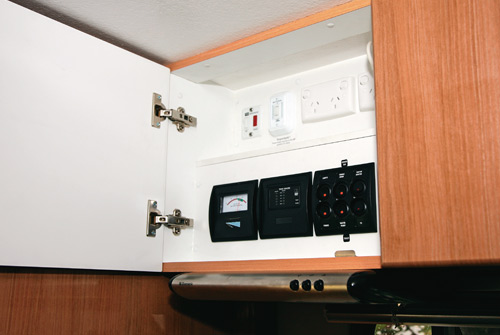 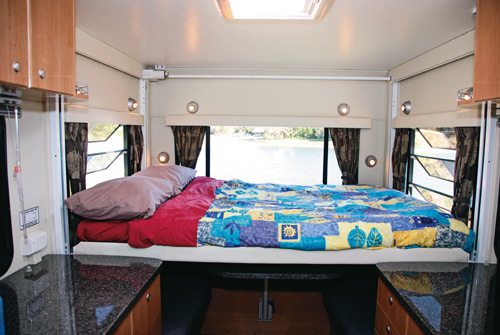 However, a few years ago several manufacturers directed their energies into designing a bed that could be raised and lowered electrically, and left made up during the day.

It has to be said that the first few designs were a little crude and clunky, but things have improved immensely and the MacLeay's design is case in point.

The Crafter base unit is powered by a 2.5L 100kW turbodiesel engine, which drives through a six-speed Shiftmatic AMT (Automated Manual Transmission) gearbox.

Given that it is not a full automatic, the VW Crafter is not as smooth as it could be, but it can easily be driven in a clutchless manual style if slicker gear shifts are required. The 100kW diesel, which delivers 300Nm of torque, does not lack power and makes for some pleasurable cruising.

Originally based on Talvor's Apollo rental fleet designs, the MacLeay is only 2.26m (7ft 5in) wide. These smaller dimensions make it a very easy rig to get around in, but are somewhat detrimental to interior living space.

In the structural department, the MacLeay body is built using 23mm fibreglass composite, which is made up of a 19mm polycarbonate insulating core and 2mm of fibreglass skin on either side. As a C class motorhome, the MacLeay does come with the Luton peak hump at the front, but it retains a reasonably streamlined look, especially when compared to one of the older Talvor/Apollo designs that I happened to be parked alongside in my caravan park.

Standard Hehr hopper windows are used all-round, except for the rear window. These scratchproof non-glass windows are well suited to a motorhome because they can be fully opened to increase airflow, while still offering reasonable security. It is slightly odd that the otherwise excellent Hehr doors don't usually come with a security option.

In addition to the Omnistor awning, other external features worth a mention are the optional slide-out barbecue, nearside picnic table, external shower at the rear and an optional 2kVA generator hiding in the offside bin behind the driver's cab. A tunnel boot across the rear provides storage for camp chairs, table and power/water leads.

A notable feature of the MacLeay interior is its straightforward layout. A shower/toilet cubicle sits behind the driver's seat, between the Luton bed above the cab and the lounge/lifting bed in the rear. The rest of the space on both sides is occupied by the kitchen bench. All cabinetry comes in a high gloss finish, which is very easy on the eye (if not the camera).

The lack of cab swivelling seats was something of a giveaway of the MacLeay's rental origins.

When travelling on my own in a motorhome, I will normally use the Luton bed (if there is one) because it's more convenient. In this case, I opted for the lifting bed in the rear, mainly because I wanted to find out how easy it was to make up and use. Quite easy all-round, is the short answer.

Staying in the Ballina Lakeside Holiday Park as I was, I wondered about the noise of the bed's electric lifting mechanism, but as it turned out it was considerably quieter than my neighbour's air-conditioner.

The rear lifting bed measures in at 1.9x1.34m (6ft 3in x 4ft 5in) and the Luton bed measures 2.13x1.4m (6ft 11in x 4ft 7in). Both have foam mattresses. I was especially impressed with the number of halogen wall lights that surrounded the rear club lounge - eight in all - that were still functional when the bed was lowered. I mention that because I have previously seen a design where the lights were all blocked by a lowered bed.

Another feature I appreciated in the rear was the swivel mount for the table. This Lagan device is quite a good design because it can be turned several ways. The table can also be deftly lifted out if not needed.

My basic catering requirements were easily handled by the MacLeay kitchen. The offside bench contains a Spinflo triple-burner cooktop atop a grill/oven. Alongside that sits a stainless steel sink with Chinchilla glass lid. Although the sink does not come with a drainer, it has a separate plastic draining tray and rack attached to the glass lid.

Three cupboards, two drawers and four overhead lockers complement a similar amount on the nearside, along with a good amount of bench space. Also on the nearside are a Dometic AES 150L fridge and well-positioned LG microwave. A three-quarter-height wardrobe adjoins the forward side of the fridge cabinet and the rear side makes a good mounting point for the flatscreen TV.

The shower/toilet cubicle is an adequate size for a motorhome of these dimensions. It features a Thetford cassette toilet and flexible-hose shower. In addition, a moulded fold-down washbasin (with a shaving cabinet) sits above the toilet.

If you were to ask me if I enjoyed my few days meandering between Brisbane and Ballina in the Talvor MacLeay, the answer would be a resounding yes. One thing I especially appreciated on warm nights was that the lowered bed with large windows on both sides was considerably cooler than was the Luton bed.

In any motorhome design there have to be compromises, as there are here, but getting several desirable features (such as the rear lounge and bed) into the one space will be more than acceptable for many RVers.