Last month, drama unfolded late in the day when Chris Michel and his 2014 Mazda BT-50 were sidelined while cresting one of the many steep Eldee Station hill climbs with the 2.4T+ Sunseeker Wild Child in tow. The first of our 200 Series LandCruiser, a Sahara, fared considerably better towing a similar-sized GT Sport Cross-Country, with Ken Nizam from Roadstar at the helm.

Meanwhile, Ron Pearson of Avan RV and his 2012 Mitsubishi Triton tackled the course with the plucky 1.3kg+ Bush Challenger 2 tracking obediently behind. 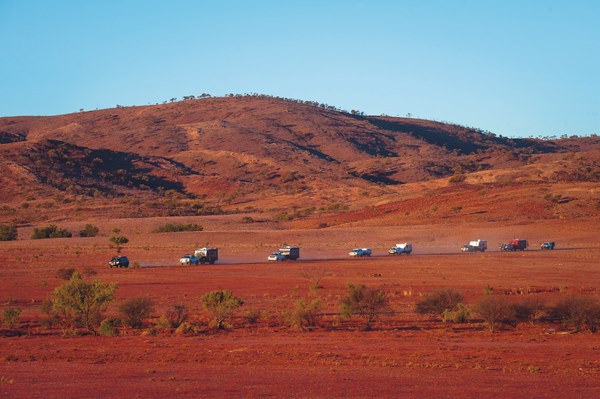 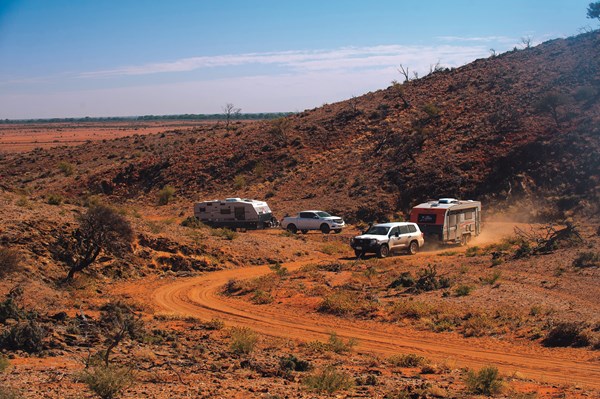 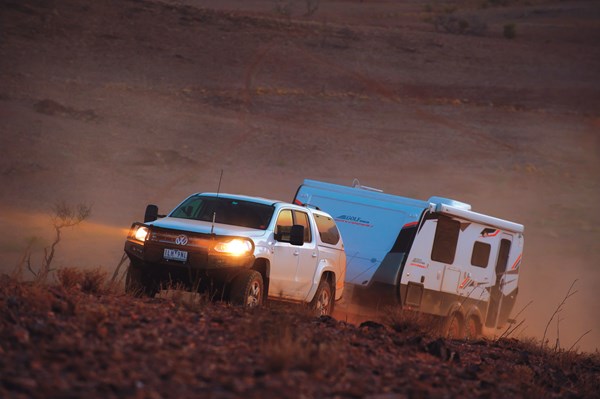 This month, we appraise another BT-50, a 2017 XT, paired with a Vacationer Rough Rider 19R; an amicable VW Amarok Sportline (MY18) towing a Golf Savannah; and our second 200 Series LandCruiser, a late model GX, matched with a JB Dirt Road Xtreme.

With the addition of the 3.0L V6, the already popular 2017 VW V6 Amarok Sportline renewed our admiration.

When AL-KO’s Plant Manager Craig Greenaway needed a multi-purpose car capable of hauling his family, work gear and the occasional caravan he knew the choosing would be tough though it didn’t take long to settle on the practicality of a 4WD ute.

A massively competitive and fast growing segment, most popular 4WD ute choices are roughly the same size, have roughly the same payload and most often, the same tow capacity so choosing one often comes down to brand favouritism (hello Ford, Toyota and Holden fans) but with the release of the V6 Amarok, VW has distanced itself from the pack, a bit. At 3L, the engine is the same capacity as the Isuzu D-MAX and smaller than the Ford Ranger’s 3.2L engine but it has the most cylinders and what a difference that makes.

The V6 is by far the most refined ute engine on the market right now. It is quieter at idle, under load and cruising. It's not quite ‘forget it's a diesel’ smooth but it's close.

The refinement is not just in the engine either. The eight-speed automatic gearbox is super smooth with a very short first gear ideal for offroad and pulling away with heavy loads. Inside is a study and simple but elegant design. It really does have the best dash and seats in the segment while on the outside it's pretty understated, though Craig has added a bit of toughness by way of front and rear bars, a lift, canopy and some good all-terrain tyres.

Great power and refinement are one thing but not having the clearance and protection can slow you down offroad. Craig's upgrades bring the fairly civil V6 Amarok up from a soft 6.5.

Sporting a larger load in the Vacationer Rough Rider 19R than its ill-fated stable-mate, how did Vacationer Caravans Matt Simpson's BT- 50 perform?

Those of you who read last issue's AL-KO’s Toughest Tow Test coverage would have picked up that there was another late model Mazda BT-50 at the event and it couldn’t tackle the terrain. That BT-50 had a harder job than the one Matt Simpson from Vacationer Caravans was using, towing a bigger and heavier Sunseeker than the Vacationer Rough Rider 19R glimpsed here.

That one blew its gearbox on a steep climb and was taken by flatbed back to Queensland. We can gladly say this model went some way to redeeming our confidence but as a stock car, it was a bit out of its depth.

The only upgrade to Matt’s BT-50 was a set of wheels and tyres. The tyres made a decent difference being all-terrain, as opposed to the stock highway bias tyres it would have been delivered on. For the rest, the white double-cab was stock with its 3.2L inline five-cylinder turbo diesel, six-speed automatic gearbox and selectable hi-low range 4WD. They are a popular choice for tow-tug buyers on account of a decent amount of power and torque, 147kw and 470Nm respectively.

Based on the first of the current generation Ford Ranger, the current BT-50s use an older version of the same 3.2L still seen in the Ranger. The difference is minimal. Where the Ranger now uses a smaller turbo to help spool up boost pressure and create power faster, the BT-50 uses the older, bigger and lazier turbo from the earlier Rangers.

As stock 4WD ute, the BT-50 is fairly tame. We recommend adding on some protection.

AL-KO’s 200 Series might have started as a base model GX but it has since had a makeover, giving it all the qualities that make it the ideal towing companion.

As the ‘shop truck’, AL-KO’s 200 has to fulfil a range of expectations. Safety is paramount, so a current model vehicle is a must and one that meets expected ratings—in this case, ANCAP. Although it did not score perfectly for all criteria, the team at ANCAP rate the 2015-onwards 200 Series GX the maximum 5 stars overall, thanks in part to multiple airbags, ESC as standard and a perfect side impact score.

From a practical and bean counter point of view, the GX is a popular choice with a lower entry price, sacrificing some comfort but not capability.

The GX is easily distinguished by rear barn doors as opposed to the split hatch seen on higher spec models. There are more differences internally, mainly around comfort features, with the most obvious being the vinyl flooring, making the GX the choice for mine and other commercial operators.

It maintains a decent fuel capacity of 138L and the same tow-ratings as higher-spec models.

We have featured the 200 Series many times before and have spoken about the low payload affecting its real-life towing capacity which should be considered by all those looking for a high-capacity tow-tug. With only 610kg of payload, adding the maximum 350kg ball weight heavily reduces your options for loading inside the 200 Series. A couple of people at 75kg each, some personal gear and a bull bar, and you are likely already at or past your GVM.

The hidden truths behind the 200’s towing capacity are a let down but its capability when driving on and offroad, is not.