I think the popularity of doing DIY maintenance on our vans and vehicles is declining. This is due, in part, to the fact that these vans and vehicles have become more sophisticated in recent years. Take a car for instance. Back in the day, I knew how to set spark plugs, check the battery acid levels, change the oil and roughly tune the carburettors – my first car, a VW Half Back, had two!

But times have changed and we’re now faced with fuel-injected engines, hefty emission requirements and sealed batteries. These days, engines are often simply too complicated to work on without a diagnostic computer to plug into. And caravans can be much the same. 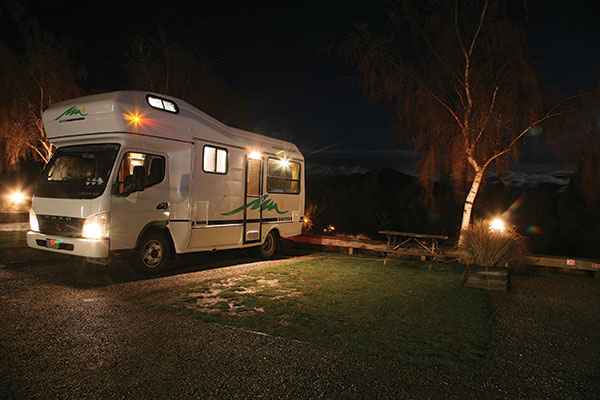 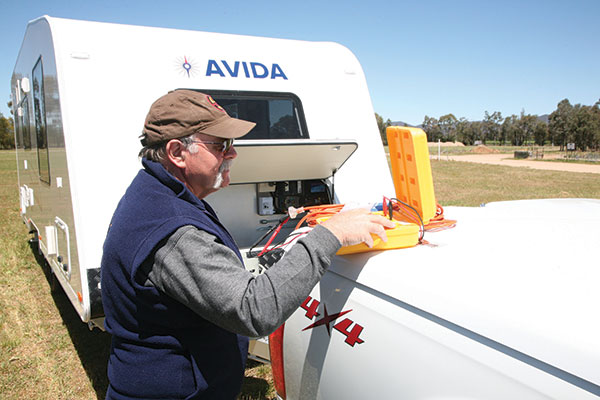 Back in the day, it was a matter of checking the towball grease, re-packing the wheel bearings, de-rusting the chassis (none of that fancy hot-dipped galvanised stuff back then!), and fitting extra shelves and lighting because both were usually in short supply.

But, despite technological advances, there are still plenty of maintenance and DIY jobs you can do yourself – if you have the knowledge and the experience. However, there are others that you should not attempt without due care or the right assistance from a professional.

Just about anyone with basic mechanical/handyman skills can build, repair or maintain a caravan or camper trailer without falling foul of the law. The Federal Government’s Vehicle Standards Bulletins outline what you can and can’t do, and the one of major interest here is VSB 1 (small trailers under 4.5t).

If you build a caravan without any gas appliances or 240V power supply, for instance, by installing diesel or methylated spirits-fired cookers, water and space heaters, then all you have to comply with to get your caravan/camper trailer registered are the relevant essentials in VSB 1. Motorhomes are a little different and there are a few more regulations to comply with, including the need for Second Stage Compliance on the original cab chassis.

But most modern RVs do have an LP gas system and, consequently, the entire gas system has to comply with Australian/New Zealand Standard 5601. That means any work done on the gas system needs to be performed or signed off by a licensed professional.

I recently read on a forum about someone wanting to add an external LP gas outlet to their van for a barbecue. In many ways it’s a simple job but, legally, it has to be done by a licensed gas fitter.

Like an LP gas system, most RVs also have a 240V mains electrical system and you are required by law to have that installed and maintained by a licensed electrician to the requirements of AS/NZS 3000 and 3001 – both electrical standards. And there’s another, lesser-known standard, AS/NZS 5033, which applies to the installation of solar panel systems.

All mains electrical work must be signed off by a licensed person.

It can be tempting to do a little bit of work on the electrics yourself – things you might deem simple jobs – but things can and do go wrong.

For example, the powerpoints in caravan bathrooms are often in odd places but it’s usually to do with the location of the sink. You might think your powerpoint could be better relocated by drilling a hole in the bathroom or kitchen wall and tapping into the back of the kitchen powerpoint. All you’d need is a quick trip to Bunnings to buy a cheap powerpoint.

But there are at least two potential problems that may occur here. One is that the powerpoint may be in a prohibited location near the sink. The other is that all caravan powerpoints should be double pole (switched on both active and neutral). Double pole powerpoints are more expensive than the single pole models and not always readily available from your favourite hardware store.

12V systems in caravans are becoming increasingly complex but, strangely enough, there are no applicable standards to adhere to, so anyone who knows what they are doing can work on them. That’s the caveat here, though – it’s very important that you know what you’re doing.

Many 12V devices are quite complicated and, consequently, quite expensive. And while a mistake might hurt your bank balance and your pride, it could also start a fire!

There is nothing illegal about drilling holes in caravan walls and cabinetry to mount shelves or fittings, but you have to be aware of what might be behind or in the wall. Caravan manufacturers often run mains 240V cables through the walls and across the roof. So a mistake here could be very expensive and you may end up having to remove the wall cladding!

Personally, I don’t think it’s a great idea to drill holes in the roof of your RV, either – it’s just one more place for water to leak through!

You also need to consider the strength of the external walls of your van. Quite a few modern caravans don’t have frames and, while they may be strong enough in their original guise, adding something like a weighty shelf or awning that the manufacturer didn’t account for might be a bridge too far. Even the professionals get it wrong here, though – I’ve seen many sagging roofs caused by retrofitted air-conditioners!

Adding anything to a chassis, like a storage box or bumper bar, should be done with care. Apart from the original chassis structure, which is welded together, many accessories are bolted on rather than welded by the manufacturers themselves.

You don’t see it much on caravan chassis, but I have seen many truck chassis with ‘no weld’ signs, to avoid chassis distortion and weakening.

Then there is also the issue of adding things like extra water tanks or storage boxes that might affect the balance or towing dynamics.