Among the many thousands of people who travel Australia in an RV, there are a growing number who travel on their own and enjoy doing so. Most of those I come across, particularly women, opt for a motorhome – usually either a large van conversion or a small cab chassis. This is often because they’re easier for one person to handle and they generally offer more security.

So I was all ears when I met Leonie Gaulton, who enjoys the caravan lifestyle and often travels on her own in a Jeep Grand Cherokee and Billabong Grove caravan combination. 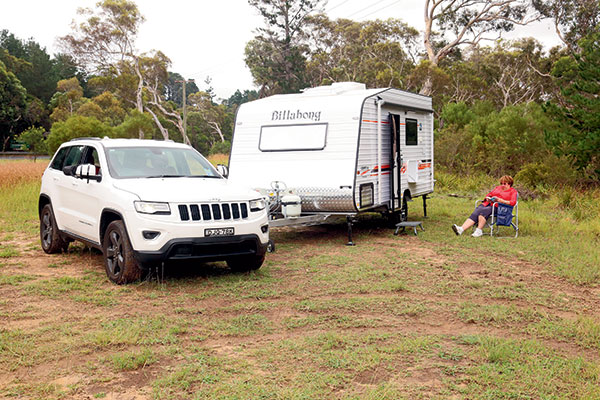 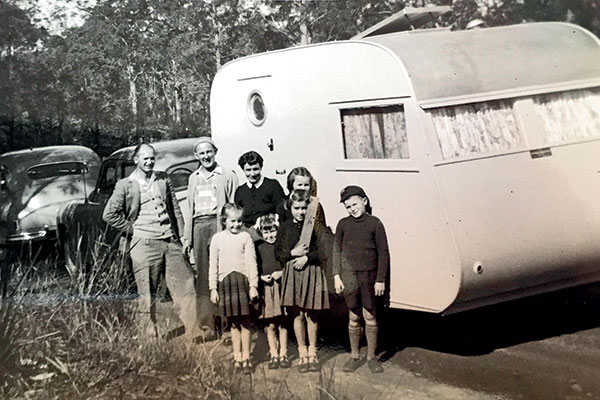 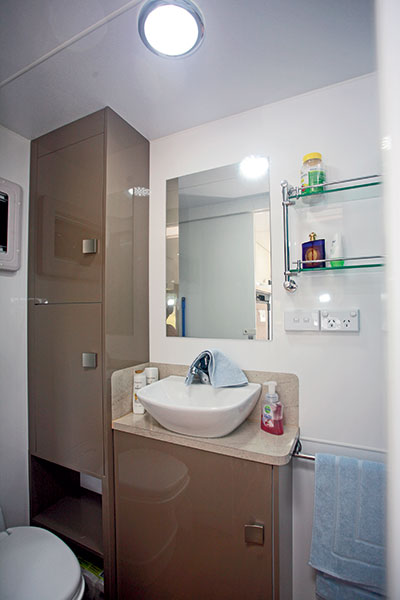 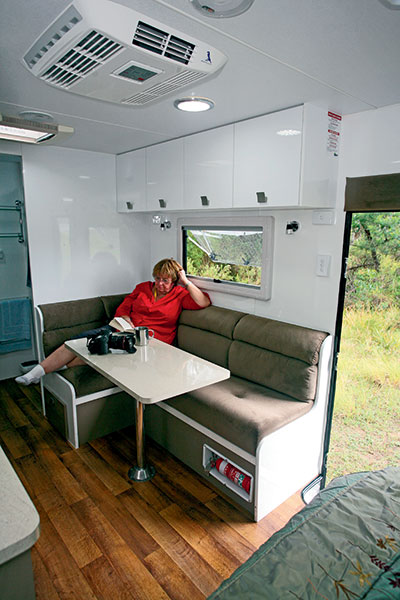 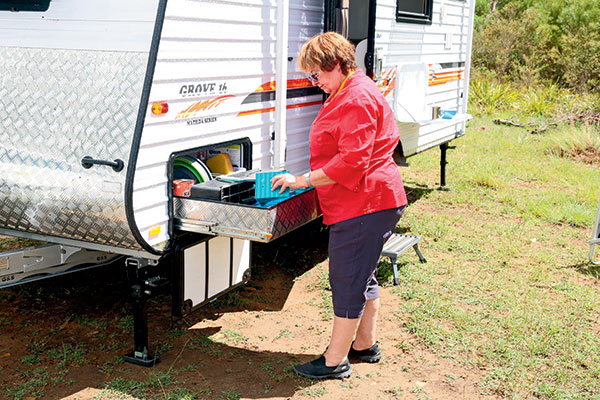 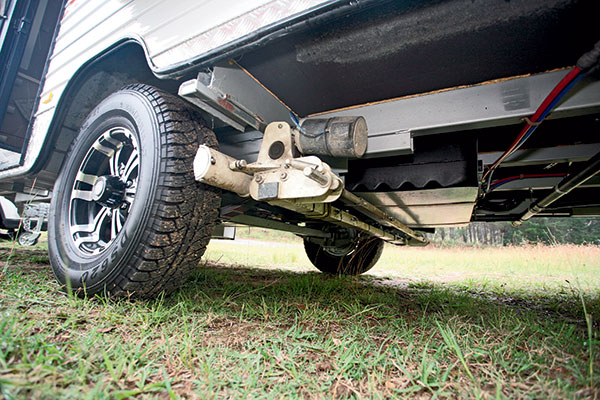 Like many people, Leonie can track her interest in the travelling lifestyle back to her childhood, when her family enjoyed both camping and caravanning, travelling to many places throughout Australia. In the intervening years, Leonie’s interest in caravanning lay dormant but it was awoken again by a friend’s offer to share in a motorhome relocation trip from Brisbane to Cairns, Qld.

That was enough to spark Leonie’s interest in getting back to the RV lifestyle and she soon bought a caravan – an Adria Altea 432 PX which had an external length of 4.6m (15ft) and, most importantly, a Tare weight of just 1200kg. It was the weight that dictated the van because Leonie’s tow vehicle at the time was a newly acquired and much-loved Lexus which had a maximum towing weight of 1500kg.

One of the reasons Leonie chose a caravan over a motorhome was that she likes the freedom of being able to stop just about anywhere. Being able to park the caravan and head off in the car for anything from exploring the back blocks to stocking up on shopping was really important to her.

Leonie had no major issues with the Adria but the combo bathroom, which was adjacent to the bed in the front of the van, was a bit on the small side. So after a few years of happy travelling, she decided it was time to upsize to a van with a larger bathroom.

Using the experience she had gained, Leonie did things a bit differently the second time around. The first item she bought was the caravan, a Billabong Grove 16. With an external length of 5.44m (17ft 10in) and a Tare weight of 1823kg, it would be easy enough to handle without too much trouble. Then, the Jeep Grand Cherokee tow vehicle, with plenty of power and towing capacity in reserve, followed.

Inside, the caravan has a front island bed, a centre kitchen and dinette, and that all-important larger bathroom across the rear. While the van is longer than her last, the full-width bathroom means the kitchen and lounge need to compromise slightly. But when you are travelling on your own, that doesn’t matter too much. That said, Leonie reckons the L-shaped lounge is a winner. There’s certainly plenty of space for one but if a guest or two turns up, then there’s no problem fitting them around the table.

BUILDING A VAN FOR ONE PERSON

Tunnel boots are usually not a thrilling subject, but this one is a bit more interesting than the norm. Instead of empty space, Leonie had a slide-out drawer fitted – it makes packing and getting to smaller items very easy.

Leonie is definitely not afraid of tackling problems with her van. “I used to help my dad doing things like fix the car when I was younger,” she told me, “and I was somewhat more mechanically minded than some of my school friends. So I can handle minor repairs with ease.”

Indeed, a look in the slide-out tray revealed an impressive array of tools!

When the van was ordered, Leonie also had shelves put in the overhead lockers inside – she uses plastic baskets where practical and that means she can fit more in.

Leonie also fitted van movers to her Billabong. They make moving the van around much easier.

TRAVELLING ON YOUR OWN

There are a few jobs in caravanning which tend to be male-dominated, such as emptying the toilet cassette. Leonie had seen very few women doing it but, “following the initial surprise, I have had some interesting conversations at the dump point,” she laughed.

“I think woman should be prepared to take more responsibility when travelling,” she said. “There are so many things that us ladies can do quite easily.”

I’ll back that up, having seen more than a few retirement dreams come undone because the male partner has become incapacitated in some way and the female doesn’t have the knowledge, ability or confidence to help out.

Travelling on your own doesn’t necessarily mean being on your own. Leonie often travels in tandem with her sister and her sister’s husband, and is also a member of the Australian Caravan Club where friends are never far away. There is plenty of helpful advice available in most RV clubs.

So does Leonie have any tips for women considering a solo caravanning trip? Of course!

“My advice for women is to go to caravan parks where there are others around,” she said. “There are also a number of female-only Facebook groups that are great for encouraging women, or join a caravan club and attend their musters and rallies.

“From my experience, I would also add that if you have not really experienced the caravan or motorhome lifestyle before, then just start with a motorhome relocation (see www.imoova.com.au) as I did and see what you think.”