It’s not every day you see a convoy of caravans battling through the guts of the Victorian High Country. In fact, the word ‘crazy’ might come to mind if you spend more than a second thinking about it! Nothing says real world torture-testing like an 18ft caravan conquering everything from harsh ruts and corrugations to rocky river crossings with more than a few steep hill climbs, tight switchbacks and soft creek beds thrown in.

But that’s exactly what we did for AL-KO’s Toughest Tow Test. Using vans fitted with the right running gear and an army of technical experts on board, the impossible became possible... 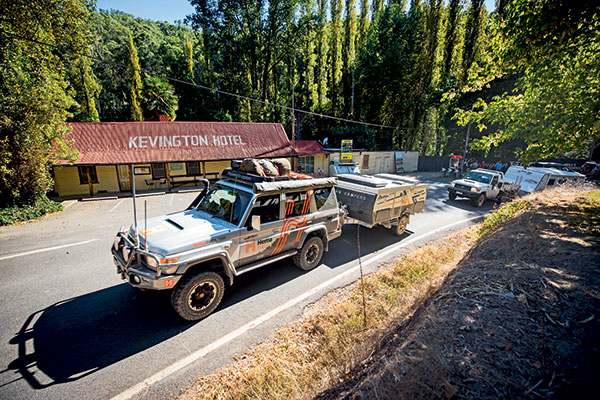 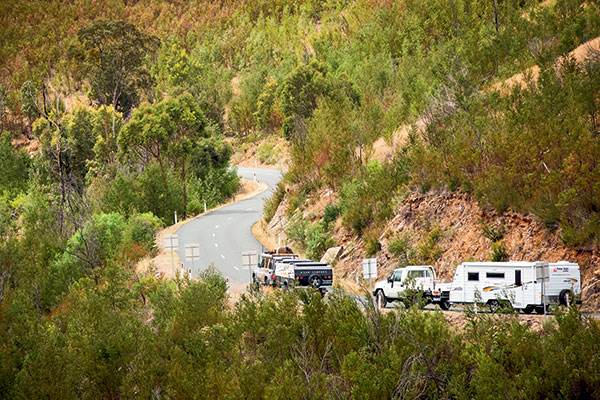 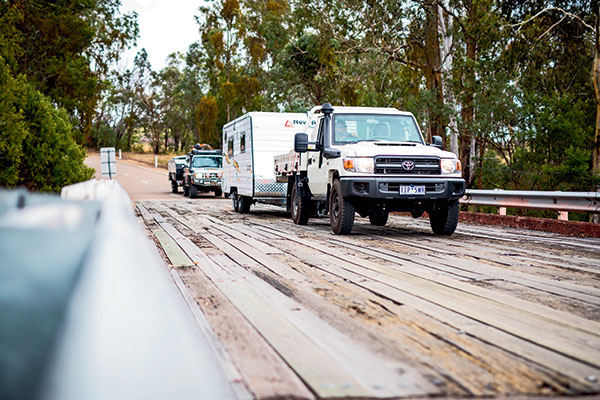 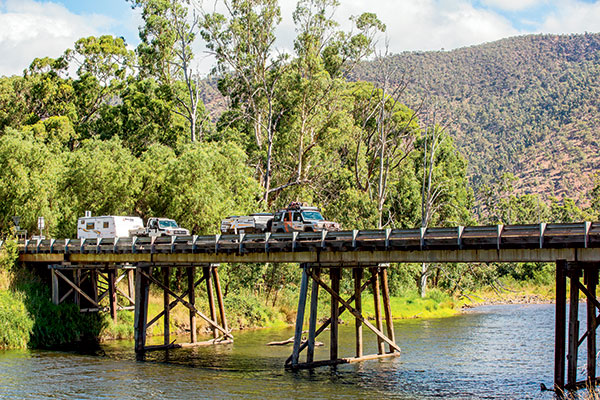 Over the course of a week, we safely navigated both on-road and offroad test tracks showcasing the best of the High Country; first with on-road vans, and then offroad vans, in tow.

In truth, you wouldn’t normally think about dragging a two or three tonne caravan through the tracks we did, but these were no ordinary vans.

The contenders – a New Age Wallaby, Avan Aliner Adventure Plus, Golf Savannah 499, Coromal Pioneer XC, and JB Caravans Scorpion, were all kitted out with AL-KO running gear, including the latest offroad AL-KO Enduro Outback suspension or the on-road AL-KO Roller Rocker leaf spring setup, and the all-new AL-KO Off-Road coupling or a standard AL-KO on-road ball coupling, and a bunch of other goodies to prepare them for the journey.

But the big question: would this be enough to get them through a test track most caravanners would never attempt? We’re not ones to shy away from an epic adventure and, after a week of pushing these vans and their gear to the absolute limit, it’s fair to say AL-KO knows how to prove a point!

In this issue of CW, we take you behind the scenes on the first leg of the trip where we put the on-road New Age Wallaby and Avan Aliner through their paces in terrain which would test their limits – and that of their AL-KO gear.

A mammoth trip of these proportions requires a great deal of planning and forethought, especially when safety is at stake.

After all, it doesn’t take much for things to go horribly wrong with a caravan in tow among some of Australia’s steepest hills. With remote terrain lying in wait for us, we took our time to create a route which encompassed the very best the High Country has to offer.

Myself and Anthony ‘Macca’ McDonald – a long-time outback adventure guide who has taken more caravanners and campers through Australia’s harshest terrain than most people have had hot dinners (if you were on one of Macca’s trips, chances are he cooked the hot dinner for you, too!) – set off for Dargo, the most remote town in Victoria, to head bush and map out a suitable route worthy of the Toughest Tow Test label.

A few months later, it was go-time!

The eager crew – including CW tow-testers, photographers, videographers, AL-KO engineers and staff, and some assorted adventure junkies – met in Dargo for Happy Hour at the Dargo River Inn, which marked the start of our AL-KO Toughest Tow Test adventure.

Oh, and here’s a little tip if you ever make it to the Dargo River Inn; if you see the publican dressed in nothing but bright pink lycra and a majestic blonde wig, there’s a better than average chance he’s lost another bet!

Although, it’s rumoured he does this on purpose…but who are we to judge?

As soon as dawn broke, we were up and at it, ready to hit the road. The goal for the first leg of this trip was to take our two blacktop tourers, fitted with onroad AL-KO products, along a route that would test their abilities on the bitumen and graded dirt roads – and we threw a few corrugations into the mix just for fun!

Not all vanners want, or can afford, a full-blown offroad rig but still want the option to chase adventure across the cattle grid. Our convoy consisted of CW’s Toyota LandCruiser 79 Series towing the New Age Wallaby, Hema’s Map Patrol LC76 Series towing the Aliner, and two Nissan Patrol GUs acting as support vehicles and troop carriers.

To see how the AL-KO systems performed, we explored countless tracks around Dargo and surrounds, passing through the sleepy hamlets of Newry, Boisdale and Brigalong before heading for Licola.

We then ventured onwards to the cute little town of Jamieson to the west, via just about every winding road and dirt track we could poke our noses down. This part of the route followed a tricky 93km stretch on dirt and gravel – including spectacular alpine vistas of the Macalister River valley and its mountain ash and snow gum forests. Along the way, we saw some of the best views and vantage points known to man, and that’s no exaggeration. We even encountered a herd of cattle grazing along the side of the road – a pretty uncommon sight in the High Country these days!

The track in was very bumpy, and while it wasn’t hard-core offroad terrain, it just goes to show you the calibre of campsites that a well-designed suspension system can give you the confidence to venture into. One thing’s for sure – there’s nothing quite like rocking up to camp in the late afternoon, getting a campfire crackling, and enjoying a few cold ones as the sun slowly sets over the hills.

WHAT DID WE FIND?

One thing’s for sure, after a week beating around the High Country with them, I’ve got no qualms in saying the team at AL-KO sure knows how to test their gear in the real world. But to be honest, this equipment is put through the most rigorous of trials well before we ever got our mittens on it – in research and development, and by countless other caravanners towing their rigs around the country. So it wasn’t really a matter of ‘if’ the gear was up to the task, it was more about getting out there and showing the world just how capable it really is – point taken, guys!

We trudged through the bowels of the High Country, and despite having a million and one challenges thrown our way, we came out the other side in one piece. Well, mostly! The vehicles broke down, and most of us were absolutely buggered by the end of it, but you know what? The AL-KO gear never let us down, and that’s saying something!

To find out how the offroad rigs handled the tougher terrain, stay tuned to the next issue of Caravan World (on sale June 1) for part two of AL-KO’s Toughest Tow Test – the Offroad Edition!