While we test the popular tow vehicles in Caravan World so you can get a real-world account of their towing suitability, there are some basic technical specs to look for that will tell you whether a vehicle is likely to be a towing god or a towing disaster.

Then, of course, there’s the need to actually want and like a prospective purchase, and also to afford it. A LandCruiser 200 might do the job, but not all of us can afford one nor necessarily want one.

Good towing stability ultimately requires good balance, but there are a few tow vehicle specifications that will indicate whether it’s likely to be a stable platform. 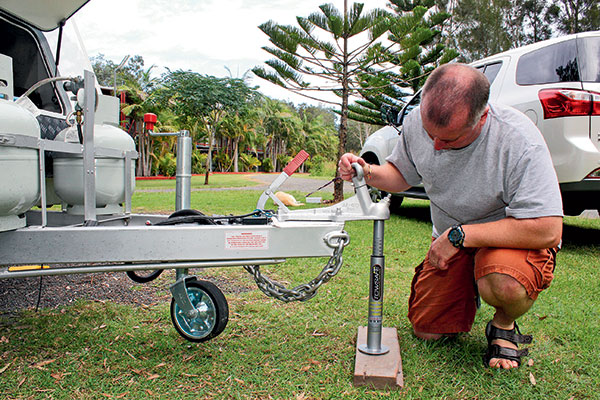 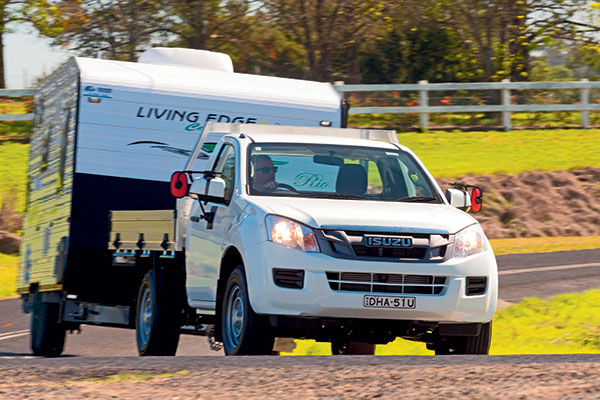 A long wheelbase and short rear overhang are dimensions that suggest better towing stability. That’s because when a caravan begins to sway, it’ll have more leverage to make the vehicle yaw if the coupling is further away from the rear axle and if the vehicle’s axles are not spread apart as much as possible.

A live rear axle is usually better for load carrying than an independent suspension design, so with the towball download imposed and a loaded vehicle it makes a better fist of it. Because the live axle is tougher (and more often than not fitted to load-carriers like utes), there is usually a higher axle load limit than on independent designs. Tyre wear is even with live axles because the wheel’s relationship to the road never changes – that is not always the case with independent suspensions, which can introduce negative camber when compressed, even with load levellers to iron out ride level. There are also fewer bushings and those there are – because of the tougher nature of the suspension application – will last longer.

In this scenario, by the time you’ve filled the water tank and gas cylinder you’ve probably got enough payload left before you hit 2000kg to throw in a few toothpicks.

There’s really no such thing as overkill with towing capacity, though; while the average large caravan doesn’t exceed 2500kg fully loaded, you can buy 4WDs that have a 3500kg maximum capacity. Don’t think that the surplus 1500kg is a waste – the higher the capacity, the better, generally speaking, as the vehicle will have more power in reserve to make a more relaxed towing platform.

Try to buy a vehicle that has at least 10 per cent of maximum towing capacity as the towball mass (TBM) download capacity – don’t always assume that the 10 per cent rule applies. Many manufacturers such as Mitsubishi and Toyota do state clearly that TBM is 10 per cent of towing capacity, but some manufacturers have a very low TBM download capacity – much less than 10 per cent – often because the vehicle’s manufacturer discovered during development that the towbar or the chassis is not up to the job. Either way, always find out what the TBM is and whether that limit is realistic for the van you propose to tow.

The same rule applies to maximum tyre load – the weight is expressed in kg on the tyre sidewall. It is rare with factory original equipment tyres, but (especially with a second-hand vehicle) it pays to check that the tyre’s share of the load is not beyond its rating (which is illegal).

Speaking of towing platforms, the vehicle will usually tow better if it is heavier than the caravan it is towing. While many vehicles are perfectly legal towing a trailer weighing more than their GVM, don’t assume you can buy and load up the heaviest, biggest caravan available and that the vehicle will tow like it was built to do it. The current crop of dual-cab utes are the main culprits here; they all weigh not much more than 2000kg but some are rated to tow 3500kg. Some are really good tow vehicles, but when push comes to shove in, for example, an evasive manoeuvre, a heavy van will really shove the tow vehicle around if it’s much heavier.

Never forget the biggest restriction on what you can tow is not the vehicle’s tow limit, itself, but its towbar. Towbar capacity can sometimes be rated lower than the vehicle’s maximum towing capacity. Always check that the towbar is up to the job. It should have a plate or sticker attached to the towbar specifying the maximum capacity, and some manufacturers such as Holden also generally put a sticker to the driver’s door jamb specifying the towbar’s maximum capacities.

Then there is the matter of ‘toughness’ of a towing vehicle. All else being equal, a separate chassis is stronger and more able than a monocoque body. That doesn’t mean monocoque is bad – the Falcon wagon is a very good towing platform, for example. However, for heavy hauling, a separate chassis, only found on large 4WDs these days, is the best bet.

The diesel versus petrol argument has many pros and cons. Towing a heavy caravan puts a lot of load on an engine and while a petrol engine of adequate displacement and with good torque output will happily shoulder this, it will consume a lot of fuel doing it. Generally speaking, you can count on at least 50 per cent more fuel use when towing a tandem-axle van with a six- or eight-cylinder petrol engine vehicle than when travelling solo. It is not unusual for touring consumption in adverse conditions to double.

The modern turbodiesel engine is the best compromise for towing, typically providing that strong mid-range torque so useful when touring on the open road with a caravan attached. The added bonus is fuel consumption will be better than a petrol vehicle (although some diesel vehicles, like the 4.5L TDV8 LandCruiser 200, use fuel at a rate not far off a petrol model).

The only negative with a diesel – and not really related to towing – is that if you get a bad tank of fuel, it can do tens of thousands of dollars damage to the engine.

Armed with the information above – and better still, a read of the relevant towing test if there is one – you can make an informed decision on your next tow vehicle and know that you’ve got a good chance of it being a
good one.