Building a lightweight caravan to take on the established players in the Australian industry has long been a temptation to importers of British, European and American models when the currency winds have been blowing favourably. However, with few exceptions, it has been a bridge too far for most, particularly when we take into account substantial investment and volumes.

It doesn’t take rocket science to figure out why. Our caravanning conditions are very different and more demanding than almost anywhere else; our demographic is generally older (although this is changing) and travels longer, and there is an entrenched opinion that Aussies do it better.

So it will be fascinating to hear the industry scuttlebutt and look at the sales figures following Bailey Australia’s launch of its new British-Australian Rangefinder series of caravans at this year’s Melbourne Leisurefest. 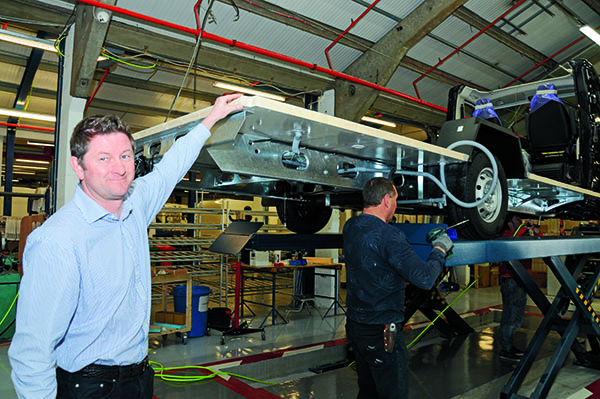 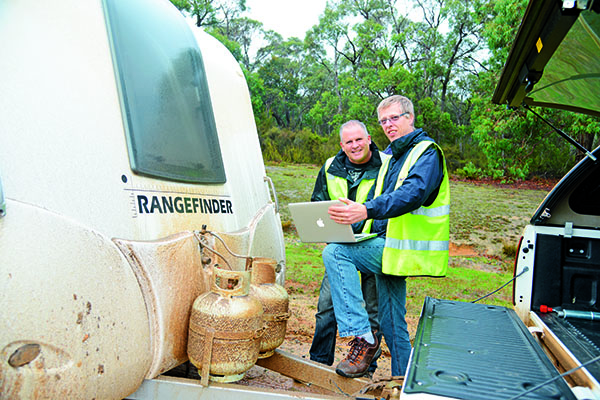 A manufacturer of firsts

Unlike many previous attempts at cracking the Aussie ‘nut’, there is an impressive series of ‘firsts’ going on here. Bailey Australia Pty Ltd, trading as Bailey Australia, is the first major British or European player to venture into local caravan production. Bailey of Bristol builds Britain’s most popular caravans at about the same rate as Jayco does in Australia, supplying the UK market, which, at about 22,000 units annually, is roughly the same size as ours.

Bailey Australia is majority owned by Bailey of Bristol, with its Australian managing director Adrian van Geelen having a significant interest in its future, which he sees as very bright.

What he and his small-but-growing Australian team are doing differently is combining the best of Bailey’s British technology and purchasing power with proven Australian caravan practices.

This has resulted in a unique five-model range which, when fully rolled out by the 2016 Victorian Caravan Show in February, will offer lighter, arguably stronger, fixed and sliding wall alternatives to local vans of the same size and spec list. Some models will even undercut their local counterparts by as much as $7000.

It’s all happening very quickly at Bailey Australia’s new HQ in Campbellfield, Vic, thanks largely to van Geelen’s vision, which is fully supported by his Bailey UK partners.

Before April 2014, the local arm didn’t exist; two months later it was a storage shed for imported Bailey caravans, with van Geelen’s office consisting of an upturned milk crate and a card table. In February 2015, the first of the new Anglo-Australian Rangefinder caravans was taking shape on the computer; in May, it was being destruction-tested at Victoria’s Australian Automotive Research Centre in Anglesea, Vic.

In early August, the first two pre-production prototypes left the factory on the first leg of a mammoth trip that would take them on a 14,000km loop of southern Australia, including an 8300km full west-to-east crossing of the centre of the continent and, from October 8-11, they face the public for the first time at Melbourne’s Leisurefest at Sandown Racecourse. It has been a wild and fast ride!

Bailey UK was keen to make up for the downturn in caravan sales in the wake of the Global Financial Crisis by looking for export markets when managing director Nick Howard met van Geelen at the 2010 Birmingham caravan show. Impressed by Bailey’s quality and attracted by its lack of serious local representation, van Geelen struck a deal to import Bailey caravans under the Caravans Australia banner which, by early 2012, also encompassed the Austrail robotic chassis manufacturing business and Regent Caravans, which was purchased from its receivers.

By late 2013, we had imported Baileys with larger under-floor water tanks, acceptable ground clearance and a host of other smaller, but significant, modifications. But while everyone loved the ‘wow’ factor, finish and features of the Euro-styled vans, the market was still not convinced about their suitability for Australian touring. Despite all the changes, Baileys were still perceived as ‘Euro’ vans, not ‘true blue’ Aussies.

By early 2014, van Geelen and Bailey UK understood that, to make serious inroads into the Australian market, they would need to have a fully-fledged and factory-supported local operation developing and building vans specifically suited to local conditions and tastes.

As a consequence, Bailey Australia was born in June that year with van Geelen heading up the local operation.

“We were impressed with his ideas,” Bailey UK marketing director Simon Howard said. “It was the first time someone had presented us with a serious business plan and Adrian clearly had the background and the passion to make it happen.”

The core idea of the ‘true blue Bailey’ was to take full advantage of Bailey’s patented Alu-Tech aluminium extrusion body framing system and interlocking five-part timberless roof, walls and floor structure, but to make it acceptable to Australian buyers by bolting it to a solid steel Australian designed and built chassis and simple, proven local suspension. The aluminium extrusions for the Alu-Tech framing and the composite wall panels are currently formed in Bailey’s Bristol factory as an ‘after hours’ project by its 400-strong workforce.

Initially, van Geelen wanted to create a totally new Aussie caravan from the ground up but, after a reality check, it was decided to delay any radical body changes for some time and to work with a proven Bailey body design in the initial phase of the project.

Van Geelen’s chassis experience from his Austrail days told him that using the 44mm-thick Bailey floor to strengthen the chassis allowed less metal to be used and this has resulted in a saving of around 400-450kg, depending on the model, compared with a conventional wall frame and cladding caravan placed on a heavy chassis.

Other lessons learned from Bailey included the way the walls were torqued down on to the chassis, and how the furniture was glued and bolted into place to form an exceptionally strong, yet lightweight, wall structure which, because it served no structural purpose, also allowed for lightweight cabinetry to be used.

To fast track the process, van Geelen co-opted former Bailey UK production manager Steve Wills, who had planned to immigrate to Brisbane with his family, but soon found his new home in Melbourne, working with Bailey Australia.

The combination of floor structure and chassis development looked good on paper, but required significant testing. Bailey Australia began by first building 3D models of the new, lighter Australian chassis until it was satisfied it had at least exceeded the strength of a traditional Australian chassis of its size.

The next stage was to import a knocked-down Bailey Alu-Tech frame and body panels, and assemble them on their new base, which was completed by late April 2015.

The locally developed and built prototype Rangefinder was then destruction-tested at the Australian Automotive Research Centre at Anglesea, Vic, mirroring the structural testing carried out on all new Bailey caravans at the UK’s Milbrook Research Centre. This week-long ‘accelerated lifespan test’ is considered by Bailey to be equivalent to 10,000km of hard road use on a variety of roads and surfaces, and incorporates more than 1000km of body-shaking corrugations.

Finally, Bailey Australia sent that original Rangefinder Gemini family bunk van, plus a slightly larger and heavier prototype Nebula on the epic 8300km West2East Challenge across Australia with Caravan World on board as an impartial observer.

The choice of configurations for the three new Bailey Rangefinder launch models is interesting, with Bailey Australia keeping its foot in two different camps. The the entry-level 1796kg, 6.1m (20ft) Astro and 1820kg, 6.66m (21ft 10in) Gemini family bunk van both have the front island bed, rear ensuite layouts that the majority of Australian caravan buyers seem to want these days.

This layout doesn’t really work for the UK and Europe as it places too much weight on the tow ball for the lighter tow cars usually employed there. But with higher towing speeds, larger payloads and rougher roads, Aussies want more on their ball. However, the front U-shaped lounge and rear island bed of the 22ft 6in Nebula will appeal to those who like the layout of British and European vans.

Regardless of layout, van Geelen and Wills were determined to not only match the specs of many locally-built rivals, but to exceed them, hence, all Rangefinders have a minimum of 210L of fresh water tank capacity and can carry a 500kg payload. This means that even the heaviest model, fully laden, can legally be towed behind a 2.5t-capable vehicle, while the Astro is within the tow-zone of large family cars.

After surviving their destruction testing at Anglesea and then surviving a 14,000km trans-Australian trip with flying colours, the question everyone asks is ‘what next?’