Well, you’ve finally decided to do it. Whether you’ve just retired or talked your boss into giving you extended leave, the time is right to hitch up and hit the highway. Nothing beckons more than the open road.

First, Cairns. Then, after exploring Tropical North Queensland, it’s across the Savannah Way to tango with the Kimberley, before meandering south along the west coast. It sounds like a dream, doesn’t it?

You’ve decided to buy a new van for the trip. A good decision. After all, a caravan that’s been cared for will hold its value better than any 4WD. But which van? In this bustling marketplace, there’s a van to suit all tastes, tow cars and temperaments. There are budget beauties, offroad weapons, high-end rigs for touring high rollers, and everything in between. 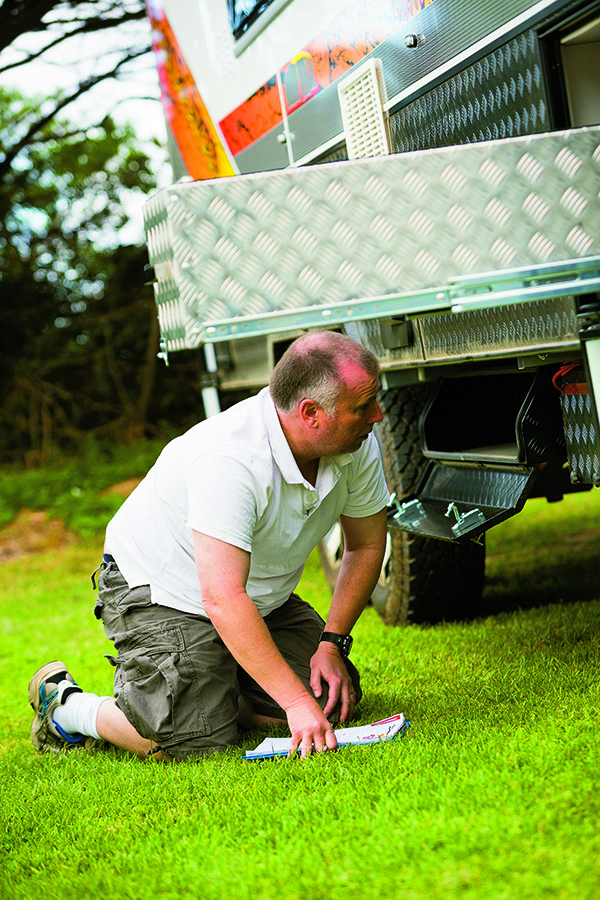 So to orient you in the new-van market, sticking our necks out in the process, we assembled 16 of the best caravans in Australia, built by some of the most respected manufacturers.

For the second running of Caravan World’s signature event, Best Aussie Vans, we tested, rated, photographed and filmed these vans during six days in Anglesea, on the doorstep of Victoria’s gorgeous Great Ocean Road.

Each brought something different to the table, and each was a top-shelf representation of what’s available on the market.

We couldn’t test and rate 16 vans without first laying out some criteria. Comparing vans, regardless of how similar their price point, can be like comparing bananas with kiwi fruit: they both taste nice but that’s the extent of their similarities. Our 10-point scoresheet aimed to ensure a level playing field across the board.

Taking everything into account, does this van offer genuine value for money? In some cases, this criterion is the tie-breaker.

We’re not sure that this is even a word, but ‘towability’ sums up what we’re looking for. Does the van tow steady and true, or is it like a drunkard making his way home on a Saturday night, wandering all over the road?\

3. Setting up and hitching up

Is it easy or unnecessarily fiddly? Has 21st century technology been employed to get you relaxing under the awning faster?

Does the van do what it says on the box? Is it adequately fitted out and built for what its builder claims?

Is the van visually appealing inside, or is it mutton dressed as lamb, a fading movie star trying to regain his or her good looks? Has enough thought gone into the layout for easy, convenient touring? Is there enough storage, and is it designed sensibly?

Whether it has a fibreglass finish or aluminium cladding, is there enough attention to detail? How does the upholstery rate? The cabinetry?

Will the van fall apart at the first corrugation, or is it a well-built rig?

How does the van rate in terms of modern conveniences?

Is there anything new and exciting about the design or build? Has the manufacturer employed something you haven’t seen before, and is it effective?

Does the van have that WOW factor?

As the editor of Caravan World, Max has lived and breathed caravans for more than eight years. He’s towed many different types and models to places such as the Red Centre, the Top End, the north coast of New South Wales, the Sunshine Coast and more, and in that time learned a thing or two about what makes a good van. His pride and joy – besides his kids – is Ruby, perhaps the most famous red 80 Series LandCruiser in the country.

Max’s philosophy on life is simple: work to live, don’t live to work. And if that doesn’t work, go fishing.

Caravan World deputy editor Laura Keys’ introduction to life in the great outdoors came at age two when she was packed into, by day, a Toyota LiteAce van and, by night, a brown canvas tent beside her siblings for an extended trip around the vast playground that is northern WA.

But WA is a pretty hot place and tents don’t come with air-conditioners, so many years and countless camping trips later, she moved on to caravans.

After eight years as a news journalist, she now spends her days immersed in RV life, reading, writing and dreaming about travelling Australia.

Field editor Malcolm Street began caravanning in the early 1970s, first in a Viscount and later in a York, the former towed by a Holden Kingswood.

Malcolm has RV’d extensively across Australia, New Zealand and Britain. He became an RV journalist in 1999 and joined CW in 2002. Each year, he reviews around 40 vans and motorhomes in Oz and NZ. Yes, he’s a well-travelled bloke with no shortage of campfire opinions about how a given van could be better put together. That’s our Mal!

Phil is our resident tow-tester and general tech head. He’s also the former owner of a 1979 Viscount Grand Tourer, which he restored before selling it to make room for his next project: a mid-1980s Windsor Wincheater, which was the subject of many Tech Talk columns. Sadly, that van has recently left his garage and we wait with baited breath to hear of his next towable purchase.

Phil has been a motoring writer for more than 20 years. He has tackled most automotive and technical subjects throughout his media career, which has seen him contribute to such illustrious journals as Wheels, 4X4 Australia and Motor.

And now the results…

Watch the videos and read the in-depth reviews of all the caravans tested in 2015 Best Aussie Vans.