Whichever state you're in, call one of these handy outlets and talk to them about caravan, camper and motorhome hire.

From Sydney to the Blue Mountains, NSW has more RVs than a beach full of sun-drenched backpackers could need. 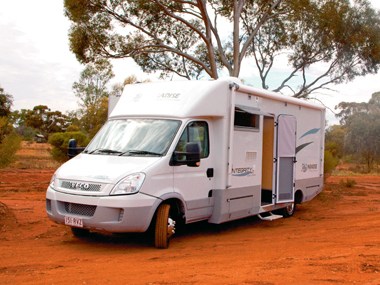 The Red Centre, Uluru and Kakadu are just a few of the NT icons that attract thousands of RVers each year.

Stretches of lush coastline, 4WD adventures to the tip of Australia and theme parks aplenty, Queensland is a holidayer's paradise.

From the Flinders Ranges to the Fleurieu Peninsula, South Australia offers travellers the best of bush and beach.

Home of Gippsland, Wilsons Prom and the Great Ocean Road, Victoria is a haven for camper hire.

The Apple Isle has some of our best national parks and wilderness areas. Alternatively, there's always Hobart and Launceston.

You could spend eternity exploring the vastness of WA, from Perth and the Margaret River to the Kimberley and the Pilbara.