Ian Taylor was living in Perth when he purchased this 1959 Sunliner fibreglass caravan. The van was in Newcastle, NSW, not far from where it was manufactured in the small coastal town of Forster. Ian was lucky enough to have a fellow vintage van enthusiast tow the van to Mt Gambier, SA, where they met up at a vintage caravan event.

From Mt Gambier, Ian and his partner, Donna, were on their way north to take up jobs as quarantine inspectors on the WA/NT border near Kununurra. “It was fortunate that the van was in reasonably good condition as we had to live in it for a while,” Ian said.

When it comes to crossing quarantine checkpoints, Ian and Donna’s simple tip is: “Don’t try to hide anything because it will be found. They know all the hiding places.” 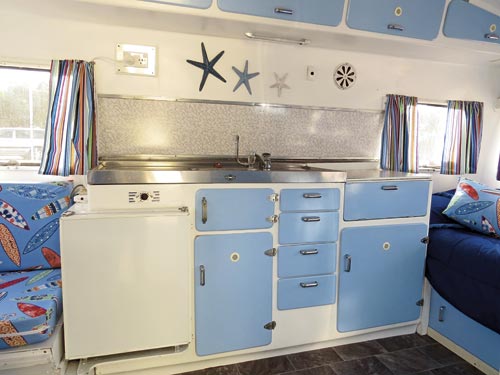 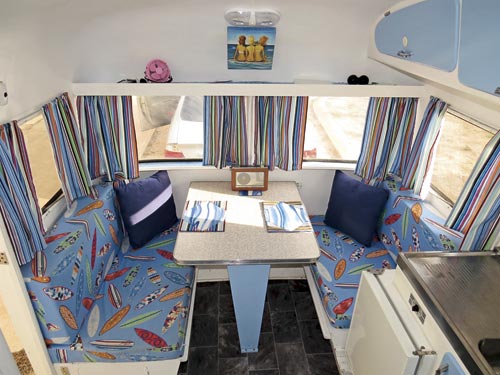 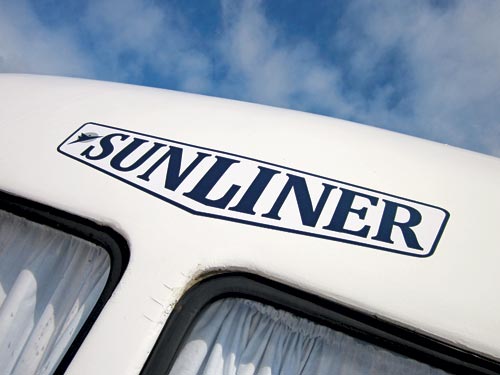 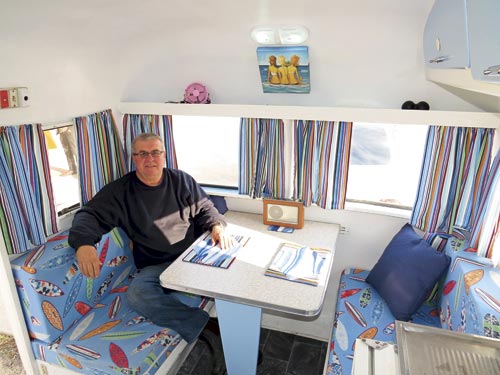 They enjoyed their time in the far north, but eventually headed east to set up home on the Sunshine Coast, Qld. It was there they had the opportunity to give their caravan a complete makeover, cleaning and painting both the outside and inside. The interior was decorated with a very bright and cheerful beach theme.

They have enjoyed many trips up and down the east coast, towing the van with their WB Holden ute. Space is at a premium in such a small van, but they have a process for getting packed and unpacked. Donna does the inside, while Ian does the outside. Lots of things go on the bed for travelling, and they carry the microwave oven and TV in the tow vehicle as well as an extra fridge.

Last year the caravan went from coast to coast again, when they returned to WA to visit family. While there, they took the opportunity to join in with the WA vintage caravan spring tour around the small outback towns north of Kalgoorlie.