Dennis and Sue Watts had owned a couple of vintage caravans before they had an opportunity to buy this large, tandem-axle wooden caravan. Badged as a DeeJay, this is one of only three caravans of this brand that are known to have survived.

Recently, Dennis and Sue met with the daughter of the original builder. His name was David Jones, hence the DeeJay, and he built caravans in a shed at his home in West Brunswick, a suburb of Melbourne.

David only built three or four caravans a year for a period spanning the early 1950s to 1967. Dennis and Sue’s caravan was originally purchased by someone in Brisbane who kept the caravan locked up in shed. It was only taken out every summer for a three-week holiday at Kingscliff Caravan Park in northern New South Wales. 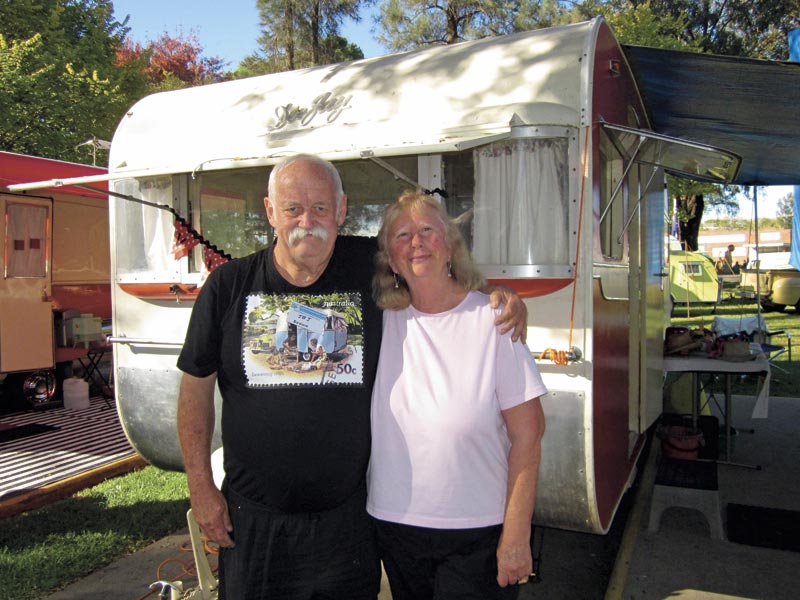 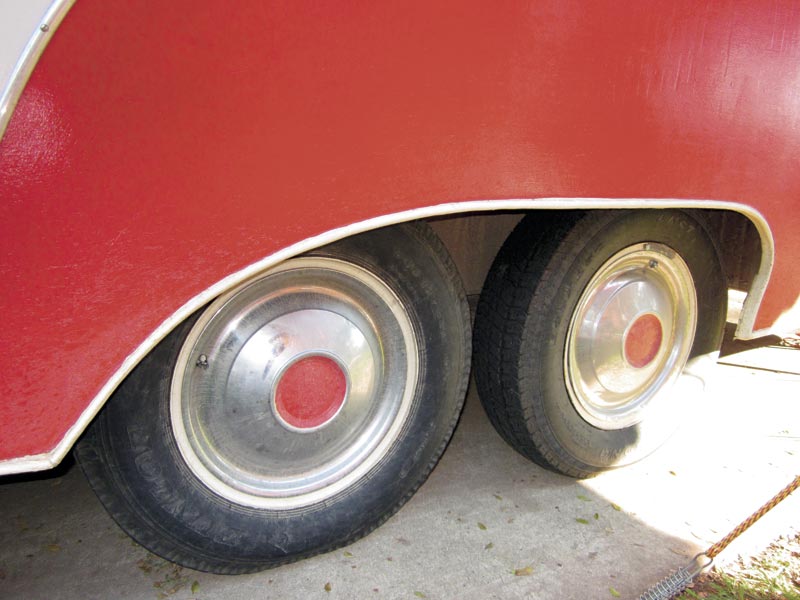 Now, after some careful restoration, it is a well preserved example of 1950s caravan building technology. All of the components, including the chassis, were sourced from local tradesmen in the surrounding suburbs. It was put together using mostly hand tools, and every joint was glued with the old style hot glue and then screwed.

David was a highly skilled cabinet maker who also built furniture and cases for grandfather clocks and this shows in the van’s interior finish. Apparently, David spray painted everything himself, using the enamel paint that was the norm in the 1950s. “It’s a testament to his work when you see the quality of the original interior finish in the van today,” Dennis said.