We see a lot of vintage caravans in our travels, and we’re usually able to make a reasonable guess about the age of the vans that we come across. But sometimes we get totally caught out by a caravan that belies its looks.

This tiny teardrop caravan is a case in point. We were at a vintage van gathering in Victoria, when it was towed into the campground with a 1929 Ford Model A. The teardrop looked to be as old as the car, but we knew that teardrops were very popular as home-built caravan projects in the late 1940s and through the 1950s. This one looked rather old and basic, so we figured it must have been built in the 1940s.

Well, at least that’s what we thought until we had a chat with the owner, Len Parnall. He explained with a grin that he had built the caravan just six months earlier. He wanted the teardrop to look convincingly retro, so he deliberately left the wood rough cut on the ends and adopted a curve for the roofline that was less streamlined than usual. Instead of being a smooth curve, it has a bit of a change in curvature near the top. 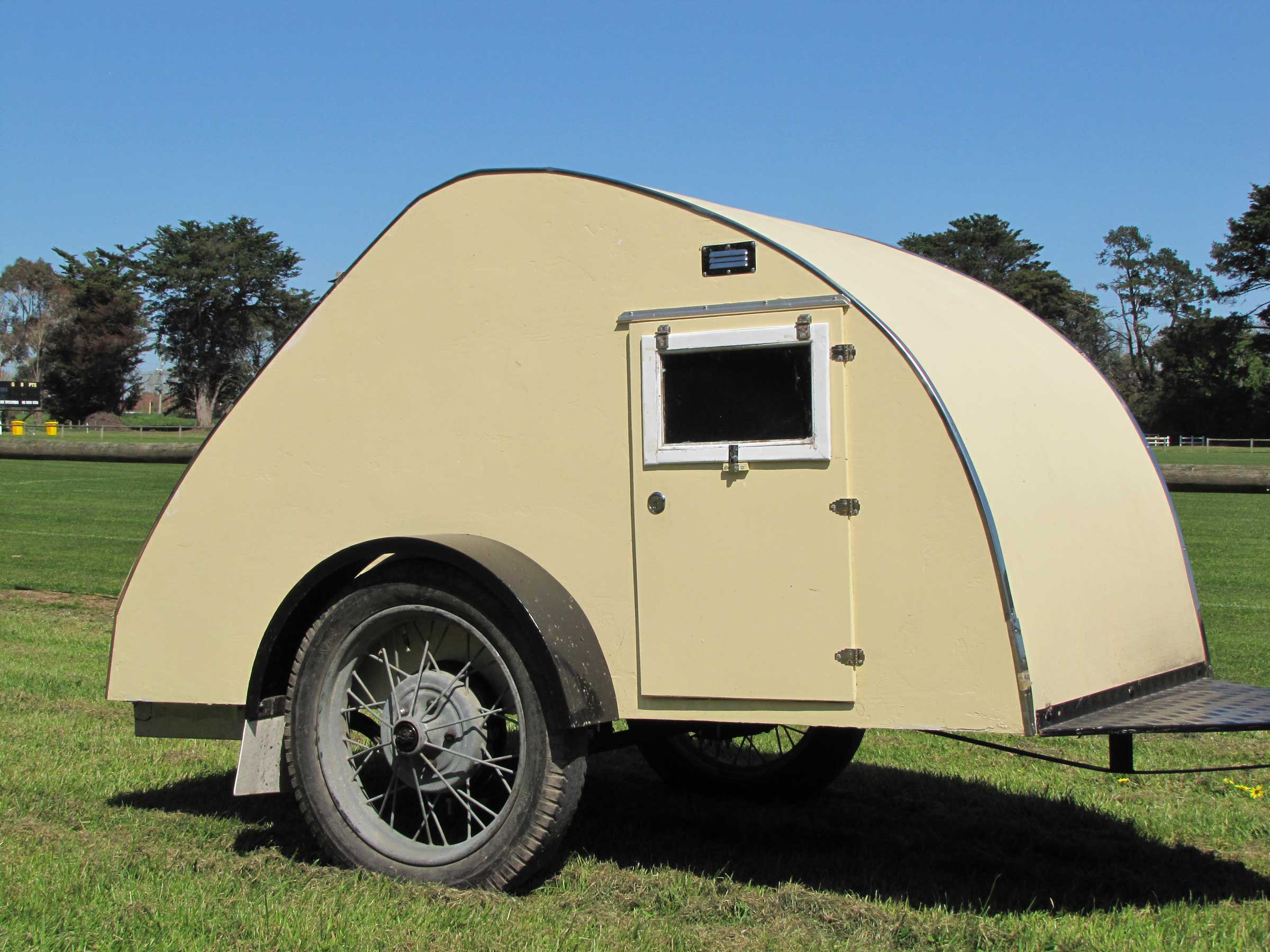 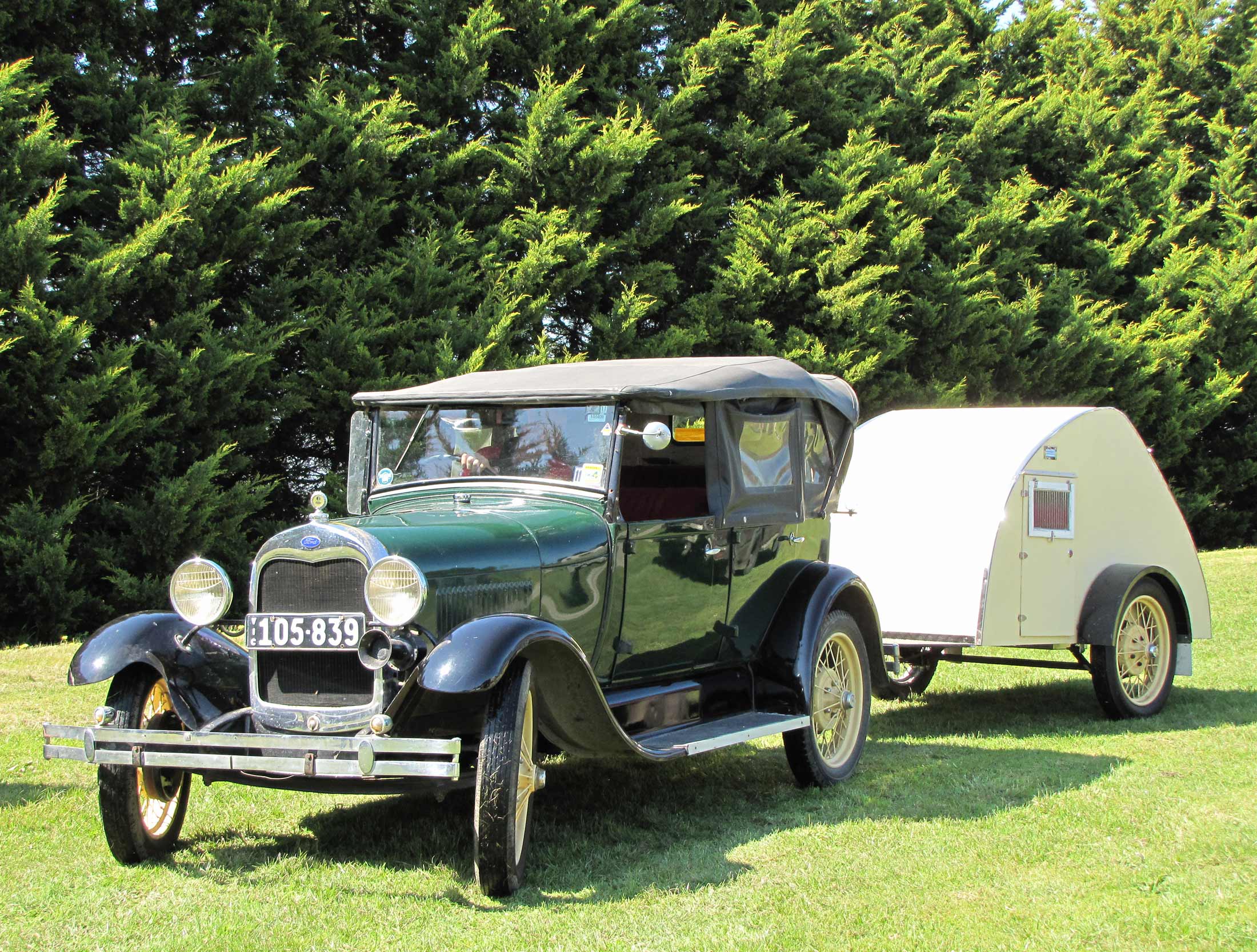 Needless to say, he was delighted that we had been fooled by his trick and that we thought the caravan was 60-odd years older than it really was. He explained that “It is eight feet by four feet and built of plywood. The chassis is aluminium, and I used Model A wheels to match the tow car. I wanted it to look like it was built in 1950.”

“The window glass came from a 1920s house that was being renovated. There is a 16-litre stainless steel water tank underneath. It is comfortable for sleeping because it has an innerspring mattress. I put a shelf above where your feet go, but it is high enough that you can easily turn over in bed.”

Your say: Have you ever built or come across a mock-retro caravan yourself? Ever considered making one?