Dual cab utes have never been much fun to drive or ride in, but the new Ranger marks a shift in mainstream utes – it’s actually fun to drive. For once the word refinement and ute can be used in the same sentence, too. Plenty of power and torque, slick transmissions and a strong, stable tow platform make this ute one of the stand-out tow tugs in 2011. The Aussie-designed and engineered vehicle may not be cheap but it comes loaded with features and would have to be on your new one-tonner dual-cab shortlist.

The Territory made last year’s list and the new SZ in turbodiesel form makes this year’s top five, too. Aside from needing the SZ series cosmetic and features make-over, the Territory also needed a more efficient engine. With the SZ series, it got that with the excellent 2.7-litre V6 turbodiesel – plus the surprise bonus of a hefty towing capacity increase. The Territory not only takes on heavy-duty tow duties well with its new engine, but it has also kept its superb dynamics and well-packaged interior in the transition to the SZ series. 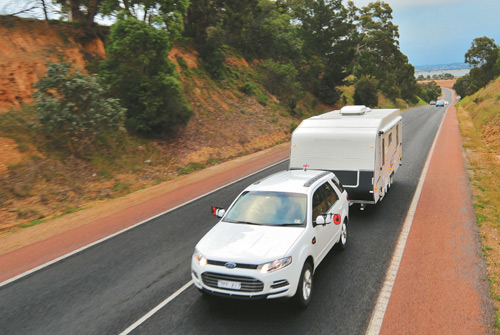 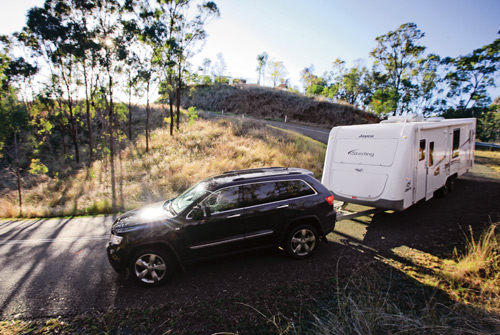 Good solid comfortable Aussie luxury cars with a decent tow capacity are getting very thin on the ground, but at least in 2011 you could still buy a Holden Caprice, in this case the Series II freshen-up. The Caprice will tow up to its 2100kg maximum as if it isn’t towing anything, with ample performance and a nice, rock-solid long-wheelbase platform. You can’t tow with a petrol V8 and expect it to sip fuel like a hybrid, so of course the Caprice slugs down all its rum rations and some when towing. Give it a nice open run without a caravan behind though, and its fuel consumption can drop to half – and if you do these kinds of runs regularly, suddenly the sums add up.

It may have a little engine but there is nothing little about the space, performance or towing ability of the Volkswagen dual cab. The 2.0-litre sequential turbodiesel engine is cutting edge and you won’t find ride quality as lush as this anywhere among the utes. Even better it is one of the best utes money can buy for offroading. We didn’t get to tow as near its 2800kg maximum capacity as we would have liked, but on our test with a 1400kg van it looks like it’ll handle it well.

Quality fit and finish were unexpected pleasant surprises in the Jeep, given the brand is not known for these strengths – but the new Jeep also offered solid performance from its creamy smooth V8 and a planted feel on the road with a caravan in tow. The thirst of any petrol V8 SUV is never going to be something to write home about, but with the Grand set on an easy (solo) cruise, 10.0L/100km was well within sight. Plus in an SUV world that has gone soft, the Grand Cherokee with all its added refinement hasn’t lost any of its traditional hardcore 4WD ability.

Have your say below.