EVERY VANNER NEEDS to know the weight of their rig. Even if said rig is so small that a Hyundai Getz seems an appropriate tow vehicle.

Back when our retro giveaway van, Betsy, was rolling off the assembly line, weights weren’t taken very seriously. A Kingswood weighed down in the rear, its front grille reaching towards the sky, was a common site on our roads.

In terms of regulation and education, we’ve come a long way, and the driver is responsible for ensuring the weight of the van doesn’t exceed the capacity of the tow vehicle. The rules are enforced and your insurance policy won’t be worth the paper it’s printed on if, in the event of an accident, you’re found to have done the wrong thing. 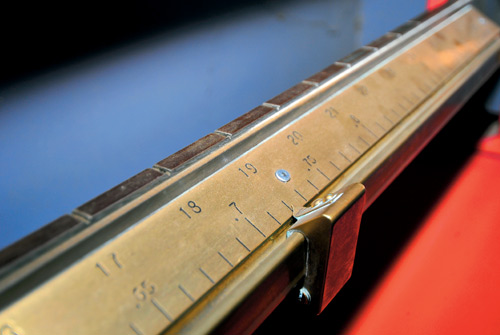 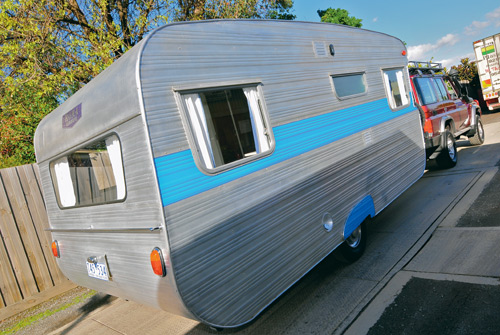 So the first step to ensuring you’re in the right is to independently verify the weight of your van by taking it over a weighbridge. Betsy’s registration sticker has her Tare at 900kg. But I’ve suspected that this is too heavy since we bought the old girl. An online search gave us a list of weighbridges in Melbourne and once we’d found the closest, we hitched-up and set off.

We had a few items on the agenda. We wanted to verify the Tare and ball weight, as well as discover the capacity of her water tank. To do this, we first weighed Betsy unladen (save for a bit of gas in the 9kg cylinder on the drawbar) but with the water tank completely dry. She weighed 790kg, well below the rego sticker’s claim of 900kg.

We then filled her tank and weighed her again… and the weighbridge official forgot to write the difference in kilograms on the ticket. Considering 1L of water weighs 1kg, establishing the capacity of the tank should’ve been an easy calculation. But it was only when I returned to the office that I noticed the relevant figure was missing on the ticket.

However, the two other people in attendance (dep ed Paul Hayes and photographer Stuart Grant) agreed that the official had said the van weighed 835kg with her tank full. On the assumption that our collective memory is correct – and we’re quite sure it is – Betsy has a fresh water carrying capacity of 45L.

We obtained the ball weight in two ways. First, we weighed the van hitched-up to the tow vehicle, but with the vehicle itself off the metal pad. This gave us a figure of 720kg. We then un-hitched and positioned Betsy so that only her jockey wheel rested on the bridge.

The reading: 75kg. The discrepancy of 5kg could perhaps be put down to the bit of gas in the cylinder, if not the old-time scale in use at the weighbridge.

For van buyers, there’s a lesson in our experience: always independently weigh your rig. The rego sticker was wrong. That the weight came in under what was claimed is immaterial – it could’ve just as easily been higher. The same applies to buying a second-hand van that has all relevant weights listed on a compliance plate – any after-market additions won’t be included in those weights. And if you’re buying a new van direct from a dealer, why not put your new pride and joy over a weighbridge anyway? Twenty-five dollars or so (per weigh) is the cheapest peace of mind you’ll buy.
Source: Caravan World Sep 2011.