There’s something exciting about hitching up the caravan and tackling the unknown. Each to their own, but I’d say the very thought of a magical outback sunset or a bird’s-eye view of some of the best vistas in the country are enough to get most travellers in a fluster. To get to these incredible spots, though, you need a tough and reliable setup, and not many of us want to settle for second best in terms of comfort either. That’s where the Scorpion from JB Caravans really comes into its own.

In fact, it was one of the select few caravans we hand-picked to join us on AL-KO’s Toughest Tow Test. Why? Well, let’s just say I didn’t want to be fixing things on the side of the tracks at all hours of the morning, and I damn sure wanted one of the most comfortable full offroad caravans on the market! Because, at the end of the day – well, every day, in fact – the Toughest Tow Test was going to be a baptism by fire for any caravan, so it had to be able to handle a real-world torture test through the best, and worst, of the High Country. 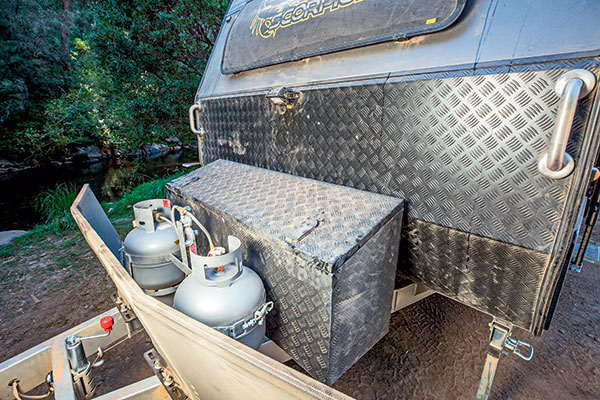 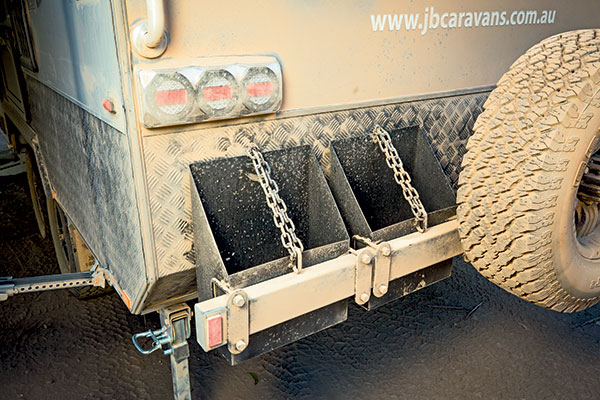 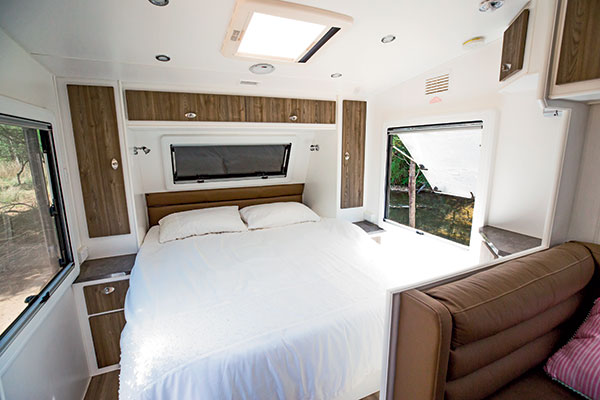 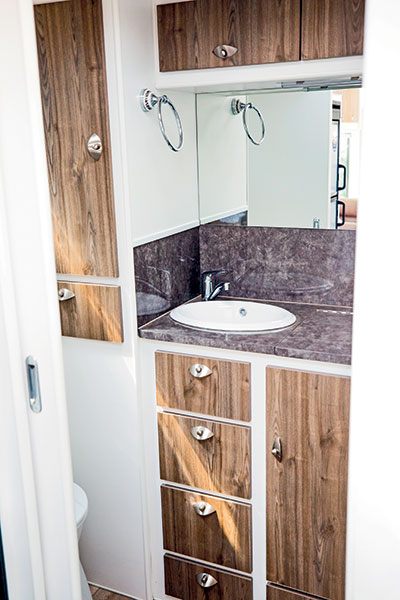 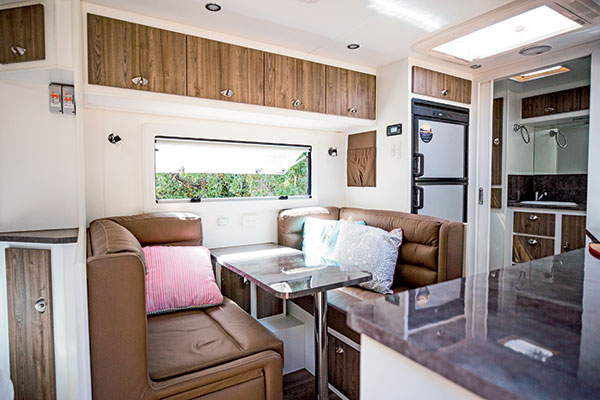 The heart of a good offroad caravan lies in the quality of the main chassis platform, and the Scorpion sits on one of the best chassis in the game. JB Caravans manufactures the chassis in its purpose-built facility using 3.2mm-thick zinc galvanised Australian tube steel. It’s tough, it’s proven and it exceeds the highest of Australian engineering standards ten-fold.

But it doesn’t stop there; our test van was also fitted with AL-KO’s Enduro Outback suspension, which we were tasked with putting through its paces during our test trip. How’d it perform? Well, let’s just say your typical 4WD will probably find its limits well before the van’s suspension does! Fixed underneath this offroad Scorpion, it performed like a Hollywood actor in the race for an Oscar. It soaked up the harsh corrugations that we seemed drawn to like a sponge, and took to some of the trickier water crossings we tackled like a flock of adolescent ducks in their prime. Couple the Enduro Outback suspension with AL-KO’s Electronic Stability Control system and you’d have to have one of the best behaved vans in the country, both on the road and off it!

But the Scorpion’s ground clearance is plentiful, too, which certainly helped its offroad ability. In fact, we took on everything from rocky creek beds to ridiculous ruts and I can safely say that a lack of ground clearance was never an issue. The undercarriage is also pretty well protected, too, with nothing hanging low to get snagged on.

You’ll notice the checkerplate which runs nice and high up the sides of the van; this offers heaps of robust protection from stones on the tracks and did its job very well; no ifs, buts or maybes about it. This alone helped me avoid an awkward conversation with the guys at JB Caravans after dragging it through hell and back during the Toughest Tow Test, I can tell you that much!

The Scorpion is set up to be the ultimate free camping caravan. The idea is you can go where other caravans can’t, and stay there for a longer period of time than anyone else can, too. Two 9kg gas cylinders will keep the stove burning till the cows come home but, for me, the big winner here is the two 150W solar panels mounted to the roof. That’s right, there’s 300W of clean, free power there to charge the twin deep-cycle batteries up effortlessly. This system worked well during our week in the scrub; having the fridge, lighting and TV running during the night only sucked a bit of power out of the batteries while it was pitch black, but the batteries were charged back up within a few short hours each day and ready to keep powering the whole van.

For entertainment, there’s a 24in LED TV, which uses less power than a caveman, and one of the best audio entertainment systems  around – the Fusion 700i is included standard, and sports an iPod dock and quality speakers. Plus, you’ll find the 1600W inverter complements the overall package quite nicely. Who says tough touring has to be hard yakka, eh?

There’s also enough water on board to house a bloody dolphin if you want, or close to it anyway. That’s thanks to twin 95L water tanks for general duties, and another 65L fresh water tank to be used for dedicated drinking water.

The layout of the Scorpion has been well thought out. The main bed sits right up the front, and enjoys plenty of ventilation thanks to the big windows on each side which let in plenty of light to save on energy consumption. And there’s still plenty of room to walk around the edges of the mattress without getting that squishy, squeezed feeling, too.

The ensuite sits right down the back and offers a moderately sized room to clean up and get ready for the day. The shower is full sized and pretty comfortable, even for a bigger bloke like yours truly. And it’s a fibreglass unit, which is nice and easy to clean. The basin’s bench is full height, just like home, and it sports a proper mixer tap with chrome fixtures for that real ‘home-like’ feeling.

Right in the middle of the bedroom and the bathroom is the kitchen and dining area which, in all honesty, is a very comfortable setup overall. They haven’t tried to cram too much in, but they have made good use of the available space while keeping it all nice and practical to use. For example, the microwave is at the perfect height to access, unlike a million others we’ve tested. The sink will fit all the dishes from last night’s camp feed in with no worries, and there is probably more cupboard space in here than in most homes, especially with the two full-sized pantries to hide your lollies from your co-workers – or is that just me? They’ve even managed to include a comfy dining table and lounge seating arrangement, which is upholstered in leather to create a luxurious feel. Like I said, going bush doesn’t have to mean going uncivilised these days!

And when you’re done pigging out, simply spin to the side, swing out the built-in footrests and you can chill out in total comfort!

The Scorpion is a genuine off-the-grid sort of caravan. You can tow it anywhere you want, then pull up and be 100 per cent comfortable without having to worry about finding a powerpoint to charge it up all the time. We found it to be a true pleasure to camp out of, which is really saying something given the hell it went through over the course of a week.

But, when you put in the hard yards behind the wheel you’re almost guaranteed to find
some incredible locations along the way, and you can bet your bottom dollar that’s exactly what we did, and had an absolute blast along the way.

Our eagle-eyed viewers and readers may have noticed that, with a tow capacity of 3000kg (ball weight under 180kg) or 2500kg (ball weight up to 250kg), the Mitsubishi Pajero used in this review was not properly rated to haul the the 2680kg Tare (210kg ball) JB Scorpion.

Caravan World and AL-KO apologise for the confusion.