Colorado Caravans owner-director Jim Moutsias has done the hard yards in the caravan industry. It’s fair to say he’s earned his stripes – and it hasn’t been all peaches and cream.

Back in 1999, Jim cut his teeth as an upholsterer, installing blinds, curtains and seating for Regent Caravans. He then moved on to Caprice Caravans before opening a handyman business for 12 months.

But the call of RV manufacturing was continually resonating so Jim downed his jack-of-all-trade tools and was lured to Majestic Caravans where he enjoyed a three-year stint acquiring specialised skills in building caravan furniture. 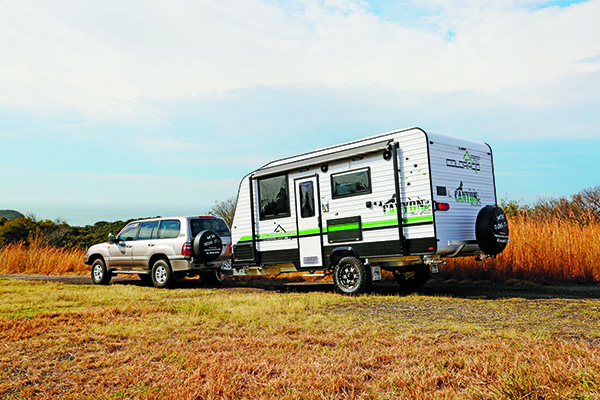 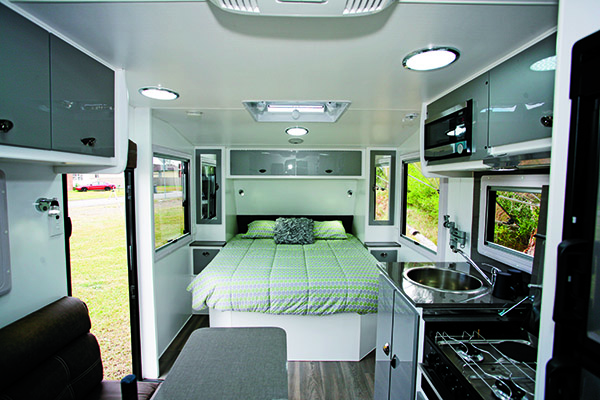 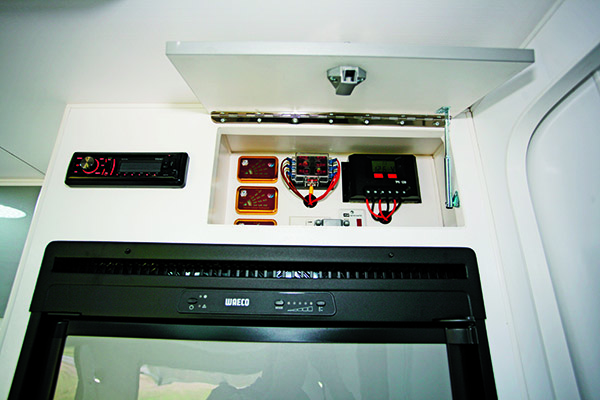 Around 2005, Jim began working with Creative Caravans and built furniture from the ground up. At the time, the company was constructing one caravan per fortnight, but Jim eventually was promoted to floor manager and helped increase production to five caravans a week.

However, a real watershed moment arrived in early 2009, when Jim decided to take the next step and fulfil an unswerving dream of manufacturing his own caravan range. Colorado Caravans was born.

Jim’s primary aims are to “keep the company going” while remaining a “small boutique manufacturer” of offroad and touring caravans.

Based in Campbellfield, Vic, Colorado Caravans is currently constructing about six caravans per month, and Jim says doubling that would be an ideal ceiling.

“I’m still hell-bent on maintaining a hands-on approach, and also having a significant presence with the quality control of my vans,” Jim said.

CW recently tested a tough-as-teak Colorado model, a pint-sized offroader that certainly epitomises Jim’s mantra. The 5.03m (16ft 6in) Canyon Free Camp realises one man’s aspiration that has been almost 20 years in the making.

Jim’s rationale behind building the Canyon FC was a desire to offer a go-anywhere, compact and easy-to-handle van with plenty of comforts throughout.

According to Jim, the predominant features of this diminutive dynamo are self-sufficiency – particularly in terms of its power and water systems – and consequently the ability to free camp for extended periods in remote areas. It’s Australian built for Australian conditions.

That was vindicated when the Canyon FC journeyed through the unforgiving Simpson Desert during parts of June and July. It was put to the test by a third party under Jim’s instruction and, by all reports, emerged unscathed.

In early August, it was taken to the Victorian High Country and tackled a myriad of offroad tracks and river crossings. Not long after, as part of a marketing strategy, Jim took the Canyon FC to Licola (at the gateway of the Alpine National Park) for three days to experience first-hand how the caravan handled offroad conditions.

I towed the agile Canyon FC behind a Toyota HiLux SR5 4X4 double-cab pick-up over some steep declines and inclines on the outskirts of Yarrambat, Vic, and also checked out its manoeuvrability off sealed roads, and it ticked all the boxes. On many occasions, I almost forgot that it was tagging along for the ride.

It gave a super-smooth ride due to its sturdy 6in Preston DuraGal chassis (with 2in raiser) and heavy-duty Cruisemaster XT independent coil spring suspension, plus 16in alloy wheels and mud-terrain tyres. And there was absolutely no sway, either. Mind you, it’s a featherweight compared to many vans these days – tipping the scales at only 1920kg Tare while offering a generous 500kg payload.

The Canyon FC combines external resilience with internal comfort. While it’s purpose-built to withstand a bit of a hammering out in the sticks, you won’t be roughing it when inside the van.

But it’s the sum of the parts that is greater than the whole – including a massive toolbox-cum-storage compartment, on an extended A-frame, that also comprises a slide-out generator hatch and a jerry can holder – which will help take you from here to many places in Australia.

Twin 9kg gas cylinders forward of the toolbox, a mesh tray and a DO35 hitch are also on the extended A-frame, and the Canyon FC boasts a dual access tunnelboot (also housing the hot water system), window protector, Dometic rollout awning, Ranger fold-out picnic table, exterior shower, gas bayonet, and marine grade Fusion speakers. Meanwhile, the rear of the van contains a spare wheel (a second one is optional) and two jerry can holders on a three-arm bumper bar.

The Canyon FC’s external aesthetic is enhanced by its stylish aluminium cladding, half checkerplate/half vinyl padding at the front, and low checkerplate sides. And I thought the attention-grabbing decals clearly symbolised the Canyon FC’s “free as a bird” motto.

However, if I could get slightly finicky, I noticed there was no rear hatch, albeit the toolbox is large and deep. And I reckon a slide-out barbecue would be a welcome feature.

Meanwhile, the interior is astutely designed and delightfully spacious – there’s more than a smattering of cosiness in the bedroom, living area and bathroom.

There’s a splash of panache in the bedroom, complete with caravan-queen-size bed with pillow top mattress. And there’s ample storage space provided by two half-robes, two overhead lockers and two slide-out drawers and a corner cupboard on the offside, where a 24in TV/DVD/stereo combo sits above. And there’s additional under-bed lift-up stowing capacity.

I was also impressed by the double-glazed European windows either side, which are as panoramic as they can be for a small van. There’s also adequate lighting and ventilation in the bedroom courtesy of a hatch positioned over the front of the bed, a large downlight and two reading lamps. Double powerpoints sit between the wardrobes and drawers on either side.

Directly opposite the entry is a compact and practical kitchen, with its visual highlight being the metallic silver acrylic cupboard doors, which are impressive eye candy for any discerning caravanner. It’s also a well-equipped cooking HQ complete with a recessed Swift four-burner cooktop and grill, rangehood and a 20L Daewoo microwave, which is located above a deep sink with flick mixer tap.

Adjacent to the kitchen, the Canyon FC’s functionality theme continues with a 190L 12V Waeco compressor fridge that will keep everything on ice for those extended voyages, plus a JVC CD/MP3 player for some relaxing music if desired. A lift-up compartment houses the electricals, including water pump switch, HWS switch and water level gauges.

The living area, directly opposite the kitchen, accentuates the well-appointed interior, albeit the Durahide L-shaped lounge is neat and tidy but not overly striking. I also thought the window was slightly small. And as is the case in the bedroom and kitchen, there’s ample storage space provided by three overhead lockers.

But what really caught my eye were the curved vanity bench and the shower’s laminated glass door, both of which give prominence to the van’s internal flair and flamboyance.

There’s a real sense of contentment in the bathroom, which also comprises a ceramic vanity basin, full mirror, three overhead lockers and three pull-out cupboards, and two shelves with stainless steel rails (ideal for towels and toiletries) to the left of the toilet.

Additionally, there’s a sliding door for privacy, with a towel rail on the back of door, a downlight above the vanity and another one centrally located, and a speaker just outside the ensuite entry.

I was also taken by the one-piece floor adorned with grey oak European vinyl. It further emphasises the attention to detail of the Canyon.

Jim Moutsias has met his Canyon FC brief without question… It’s a real pocket-rocket that packs an energetic offroad punch.

The Canyon FC, it would appear, has the capability to handle the most arduous challenges thrown at it. Contrastingly, it’s hard on the outside but silky smooth inside. Yes, good things do come in small packages.

And at $64,990 plus on-road costs and delivery, the Canyon FC gives plenty of bang for your buck.

The full test appears in Caravan World #556 October 2016. Subscribe today for the latest caravan reviews and news every month!