When people hear I review caravans, they usually ask ‘what’s the best one to buy?’ It’s a rather nebulous question, which leads to a cross-examination of their budget, where they want to travel and for how long.

But if they are first caravan buyers who might be migrating from camping under canvas, either a camper or a tent, I usually tell them the following: find the Jayco model that best suits your needs in terms of price, size and features, and then benchmark it against two or three other similarly sized and equipped caravans in the same price bracket.

With its vast range of Starcraft pop-tops, Expandas and full-height caravans, the Dandenong South-based market leader, which traces its origins back to the 1970s, has all bases covered. 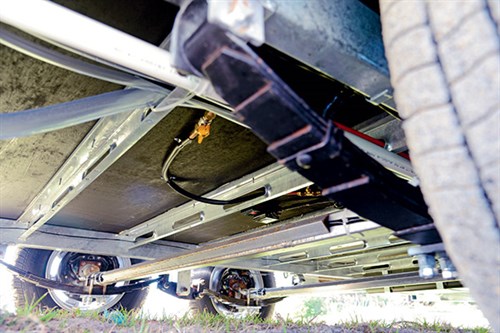 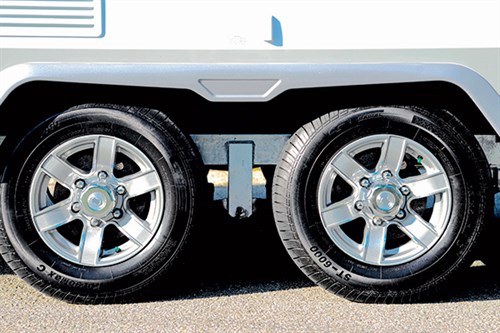 However, with the market picking up, Jayco saw a growing niche and, in January this year, announced a ‘TL’ (Tough Frame/Leatherette) option for all Starcraft caravans, with the option due to extend to Starcraft pop-tops later this year.

Jayco estimates that up to 50 per cent of Starcraft buyers are now ticking the ‘TL’ option box and, after sampling a current tandem-axle 18.55-3 model so equipped, it’s easy to see why.

At 5.64m (18ft 6in) long with a front island bed, plush-looking cafe dinette opposite a useable kitchen and a roomy ensuite with separate shower and toilet across its rear, the Starcraft represents good value at $52,413, including the TL pack.

Certainly, you can buy a caravan of similar size with similar features for less if you shop around but, when you put a value on Jayco’s resale value, customer support, and national dealer and service network, it remains the benchmark.

Style-wise, the Starcraft TL is pretty boxy and it’s quite plain, despite its bright new TL side flashes. The overall quality of the fibreglass sandwich panel walls is high, as you would expect from Jayco’s many years of experience with this medium.

Inside, huge front windows and light-coloured timber-toned cabinetry, inspired by the decor of Jayco’s Silverline models, make the interior of the Starcraft inviting and help it look more spacious than its dimensions suggest.

Overlooked by the van’s large, opening front window, the caravan-queen-size bed to the left of the door is flanked by twin hanging robes and bedside tables, while there are two large overhead lockers for other clothing and a handy, open shelf for books and the like below them.

The bed lifts up to reveal good, rectangular storage space, and the bed base extends forward to accommodate taller travellers.

One feature that the user will appreciate is its ensuite, which is roomier than you will find in many much larger caravans and incorporate all the essentials. Big ticks here for the bench space alongside the raised central wash bowl and the large mirror, plus there is room next to the toilet for a 3kg Sphere top-loading washing machine, if fitted as an option.

The only sign of cost-cutting is the vinyl concertina door separating the ensuite from the rest of the caravan, but it’s in keeping with the lightweight interior concept of the van.

In summary, this is an honest, well thought-out, well made and nicely priced caravan that would make an ideal starting point for someone moving up from a camper trailer, or an acceptably comfortable tourer for travellers on a budget.

If it were mine, I would probably spend another $2500 or so having it fitted with Jayco’s JTECH trailing arm independent suspension to extend its capability off sealed roads. I might also invest in a roof-mounted solar panel and a second 82L water tank for free camping, but these options are certainly open to more adventurous travellers.