Considering how long we have been building all-fibreglass boats and car bodies in Australia, it’s amazing that there are relatively few all-fibreglass caravans on our roads.

However, Victorian fibreglass specialist Centaur Products is one manufacturer that is doing just that. Centaur has been producing all-composite caravans since mid-2012, after acquiring the then three-year-old business from its founder Ross Elliott.

Produced in Centaur’s factory in Kilsyth, Vic, alongside the ‘pods’ you see on the back of Police Divisional Vans, the Karavané is nearly a metre longer than the Karakampa II, has a side, rather than a rear, entry door and is fitted with a conventional side awning as standard. 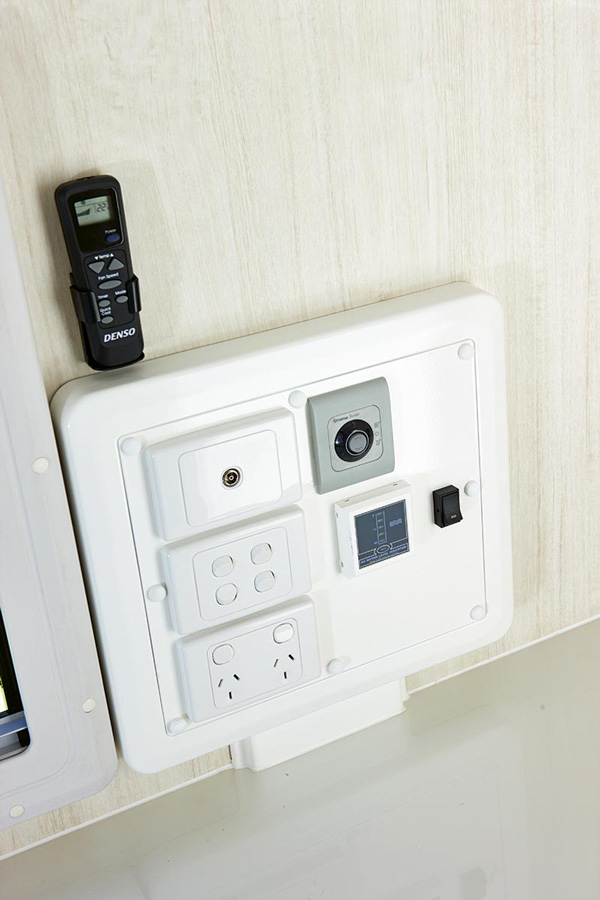 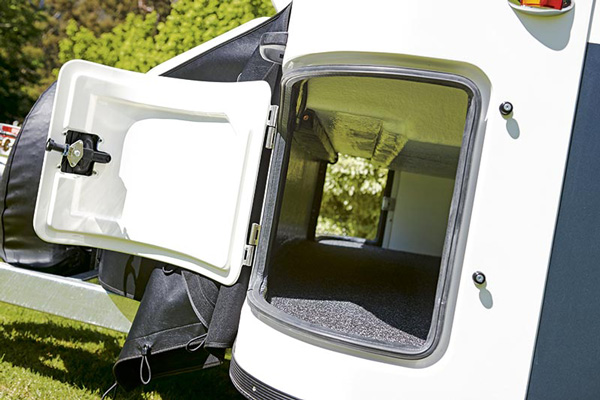 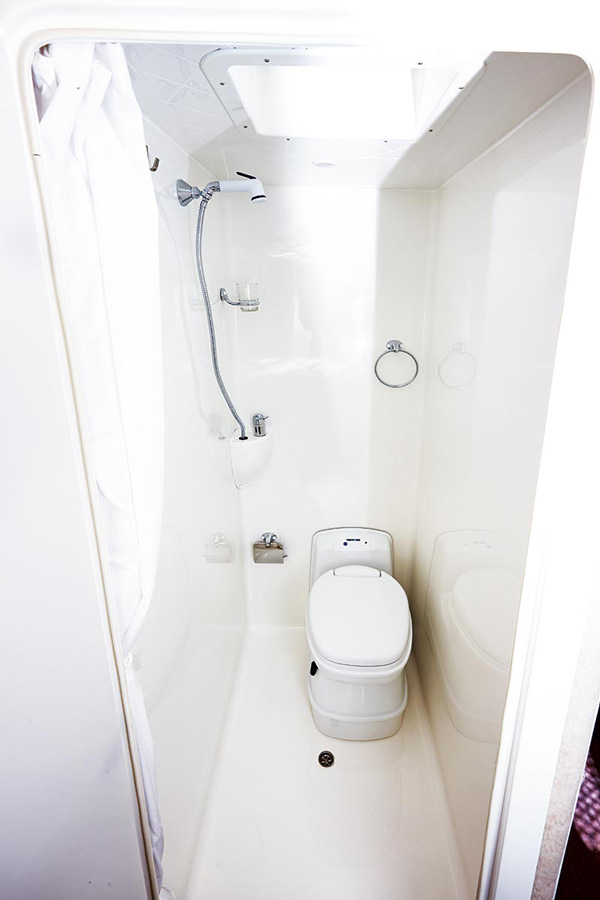 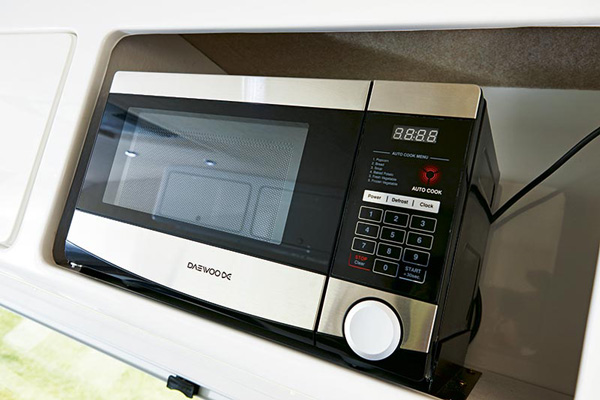 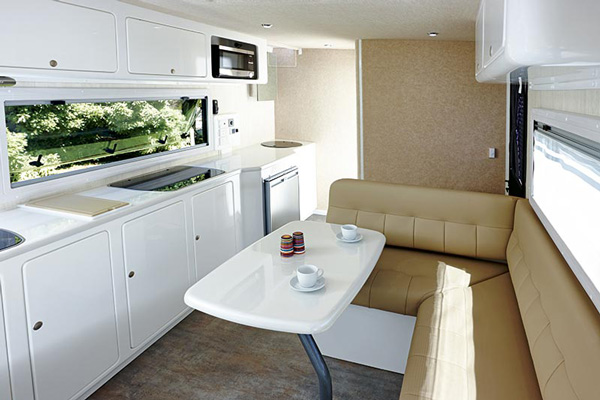 Thanks to its open plan layout and the advantages of its composite construction, the immediate impression as you step inside is one of much greater space than the Karavané’s 5.2m (17ft 1in) exterior body length would suggest.

In the test van, the focal point was the island bed in the van’s nose, but for the same base price of $55,495, you can specify twin single beds, if you prefer.

Roomy, built-in robes on either side of the bed, combined with another deep, twin-doored robe on the offside cover off the storage. These can be configured with the purchaser’s choice of hanging space or shelving.

There is also a great, unencumbered storage space under the lift-up bed base, so Karavané travellers will never need to agonise over whether to leave something at home, unless they are limited by their tow car.

A large, opening roof vent above the bed helps expel hot air in warm weather while also sending reflected light throughout the caravan.

Like the bedroom robes, the kitchen that stretches most of the way along the van’s offside is a moulding that adds to the Karavané’s body strength and rigidity and is overlooked by a large, opening rectangular window that floods light into this important area. However, the minimal three gas burner cooktop with no grill is less than you might expect in a mid-$50,000 caravan these days, as is the adjacent, small stainless steel sink and drainer.

There are a couple of other kitchen curiosities in the Karavané. The cutlery drawer is located inside the cupboard beside the sink, which I found a little inconvenient, and the glass lid on the kitchen sink won’t open fully-vertical, so tends to blow shut with the window open, which would become annoying.

The moulded overhead kitchen cupboards are similarly bonded to the walls and are capacious, but the simple, lightweight plastic hinges that hold them open don’t look like they would stand up to much long-term use.

On the plus side, there’s a high-mounted Daewoo microwave above the rear end of the benchtop, while a round and more commodious stainless steel Dometic bowl with a flick mixer tap serves as a wash basin outside the rear ensuite. To me it looks as though this is more suitable for dishes and really belongs closer to the cooktop.

Similarly, I would prefer the 110L under-bench Waeco 240V/12V fridge, which is adjacent to this sink, to be located more centrally.

The mirror-fronted cabinet above the second sink is mounted a bit high and, unlike all the other cupboards, it looks like an afterthought rather than an integral part of the van.

One of the other key differences between the new Karavané and the smaller Karakampa II is the size of the Karavané’s rear ensuite, which is good for a combined shower and toilet model. A separate shower and toilet layout is also available, but this cuts into the kitchen bench space.

No pun intended, but like its Centaur Products predecessors, the Karavané breaks the mould, bringing fresh new ideas to the hot $50,000-$60,000 segment in a well-finished, lightweight caravan.

In today’s competitive market, you can certainly buy a conventional caravan of similar or larger size to the Karavané for around the same price. But it may not have the same storage space, the same light and spacious feel and, perhaps with the exception of its British and European rivals, the light weight to make it unnecessary to own a big 4WD.