“When you’re on a good thing, stick to it,” became an iconic catchcry in advertisements for insect spray Mortein, which first appeared in the mid-1940s. Roll on seven decades and the slogan is firmly entrenched in the Australian psyche. It’s now a well-worn phrase with an everyday-life reality – including caravanning!

Avid holidaymakers Rob and Sandra Paganoni applied this motto in upgrading to a high-end, custom-built Regal caravan – the 6.8m (22ft 4in) Commander Slide-out – after six enjoyable years in their first Regal.

The nomads did the ‘big lap’ in their first Regal, purchased from Cobram Caravans, and gained plenty of travelling wisdom while on the journey. “I reckon we covered around 60,000km, including places such as Mackay, Townsville, Airlie Beach, Broome, Darwin, Perth, Margaret River and Carnarvon, and it never let us down,” Rob said. 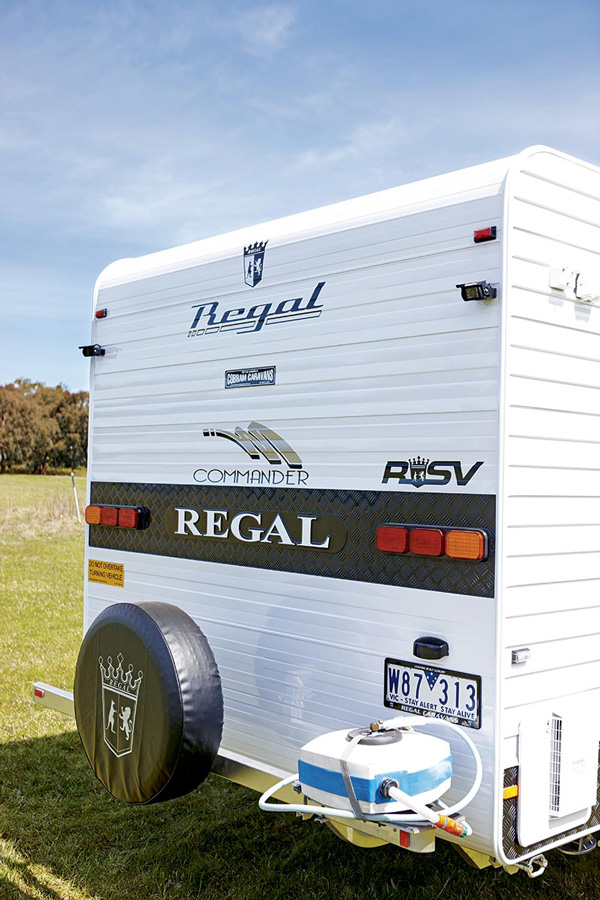 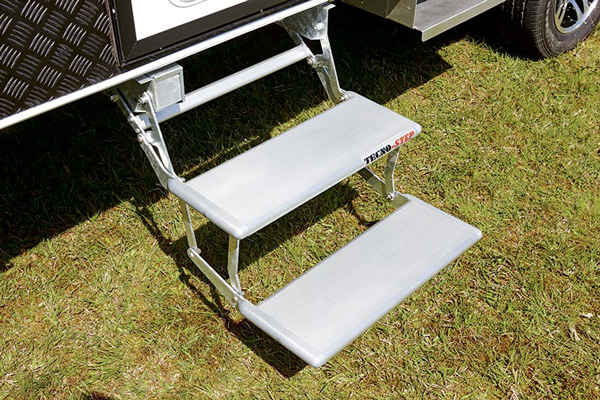 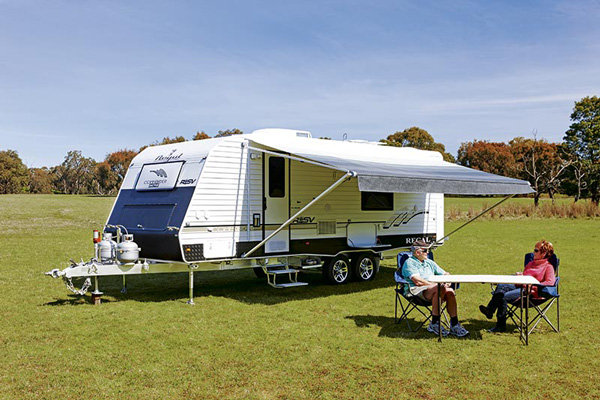 So when the time came to renew, they didn’t hesitate on settling for what they already knew to be a good thing – another Regal, also bought from Cobram. “We wanted to put our input and money into a new van, instead of travelling overseas given the political instability in various parts of the world,” Rob said.

And the Paganonis didn’t waste any time hitting the bitumen, taking the van on a test run to Toora, Vic. It was basically a routine check to see that everything worked, and it passed with flying colours. They are now planning a six-month trip west for their first big journey in the new van.

I first cast eyes on this stately Commander Slide-out during our review at the Royal Botanic Gardens in Cranbourne, Vic. I then went back for a second look and I’m delighted to report it appeared even more regal than on first impression.

The second time, I invited my wife Meredyth along for a female perspective, and it was love at first sight (not me, the caravan!). I’ve always considered my better half a novice when it comes to extolling the virtues of a caravan, but here she was pontificating on the Regal’s ‘clean lines’ and ‘excellent finish’… I was almost tempted to let her write the review.

Having looked over this Regal together, I now know when our time comes to purchase a van, Meredyth will want an east-west bed layout to the front of a rear ensuite, full-height mirrored robes for practical clothes hanging, impressive furniture and user-friendly furniture handles, a convection microwave, and panoramic windows – surprise, surprise, everything the Commander Slide-out has onboard!

The Paganonis opted for a slide-out bedroom, which gives nearly a metre of extra space, and it is certainly a room with a view, courtesy of a panoramic double-glazed window directly opposite the east-west double bed, which has an innerspring pillow-top mattress. Dressers, each with a slide-out drawer and cupboard, are on both sides of the bed, plus there are two full-height mirrored wardrobes to the front of the bed. In fact, there is a veritable mass of storage compartments.

Other bedroom features include a 22in NCE TV on a swivel bracket, a generous-sized hatch with block-out blind and flyscreen, and a magazine pouch. At the head of the bed are two reading lights, two double powerpoints and a 12V charger. I thought the full-width curtain and pelmet adorning the window behind the bed was a classy touch, and that theme is repeated throughout the van.

A concertina door divides the bedroom from the spacious kitchen and club lounge up the front, which is nice if you are after a bit of privacy.

The kitchen is nicely situated with plenty of cupboards and drawers and abundant bench space – always a plus. Directly above the stainless steel sink is a convection microwave and to the side is a recessed four-burner combo cooktop with grill.

Meanwhile, a three-way fridge-freezer, four slide-out drawers with bench space above to hold a 32in RV Media TV, a cupboard housing the security camera’s monitor, and a CD/radio and wall-mounted clock, are all located directly opposite the kitchen. The only item lacking, to my mind, is a dedicated pull-out pantry, as I felt the small, fold-down pantry under the fridge didn’t quite cut it.

Regal by name, regal by nature… The Commander Slide-out looks the part and there’s a certain grandeur about the overall package. This classy, custom-built caravan radiates ‘wow’ factor and is definitely a head turner. It catches the eye and grabs your attention – inside and outside!

Okay, at $98,750, it’s definitely not in everyone’s price range. But if you can afford a mobile home that has all the bells and whistles, then this Regal is certainly going to pique your interest.