Although it looks like a conventional fifth wheeler, the Adventura is a bit different to the usual RVs, and not just because of its short overhang. All the external panels – walls, roof and floor – are made from composite materials and all are one piece. The floor, which is made from polyurethane honeycomb core with reinforced plastic on both sides, is used to strengthen both the walls and the chassis. Above the floor, the walls and roof are made from polystyrene, which does much for the fifth wheeler’s insulation qualities.

A look under the Adventura doesn’t reveal much of the hot-dipped 400mm galvanised chassis because it comes with a sub floor that gives a decent storage space. The best way to get an idea of how the chassis is put together is to have a look in the storage bin under the overhang. It reveals a chassis that is clearly designed with strength, reduced weight and effective use of space in mind.

Above the chassis, one of the more obvious features of the RV’s design is the number of external storage bins – 10, according to my count, plus three slide-outs! In addition, there’s one very interesting feature – a ‘slide-down’ built into the front overhang. Instead of using the overhang for a bed, like many fifth wheeler manufacturers do, Pacific RV has built in a lounge which drops down to the same floor level as the rest of the Adventura. 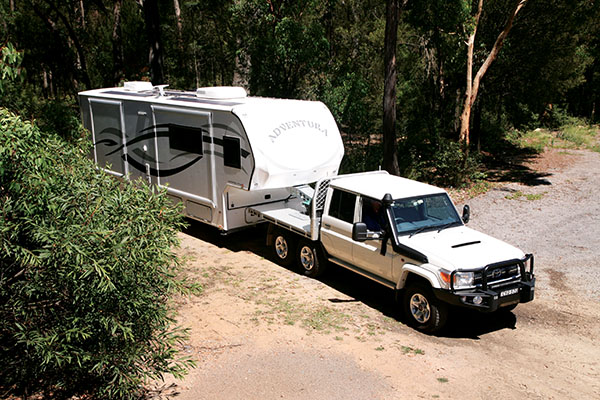 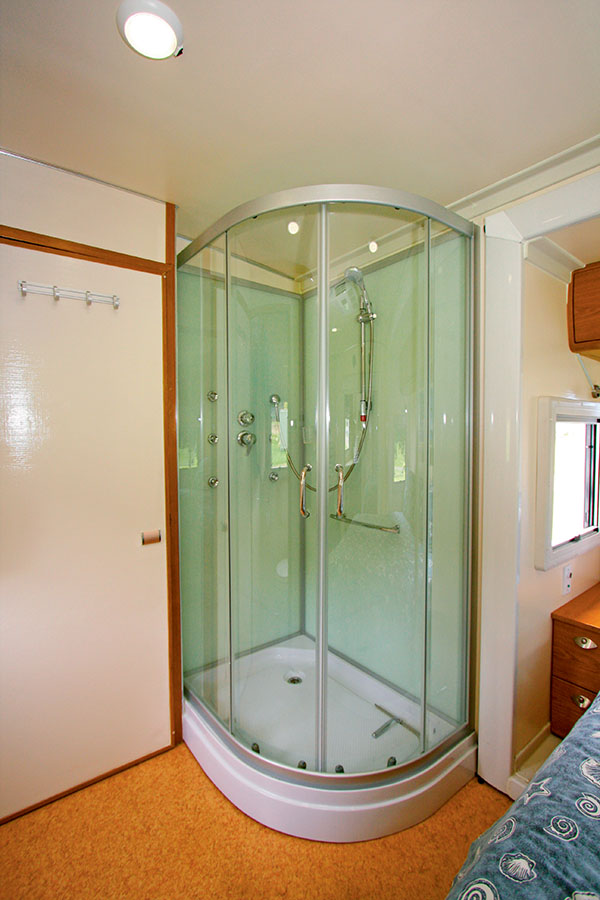 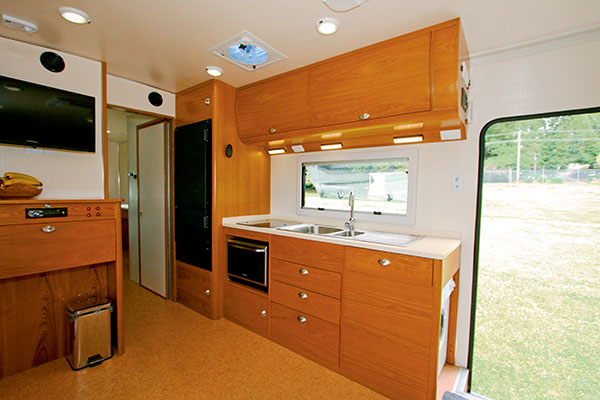 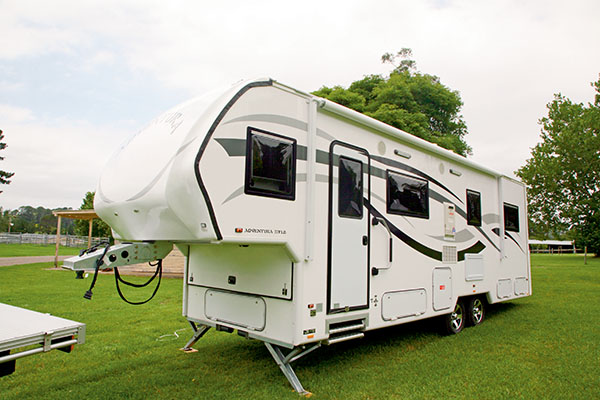 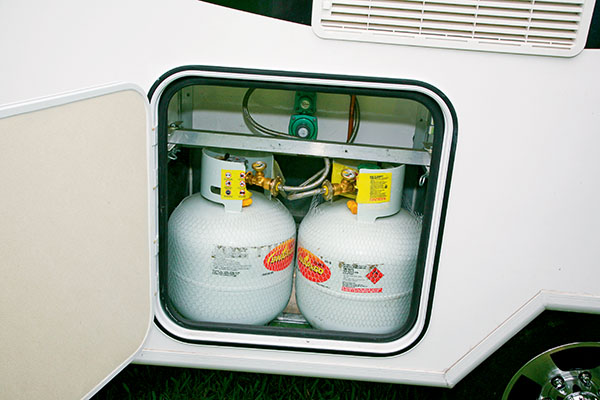 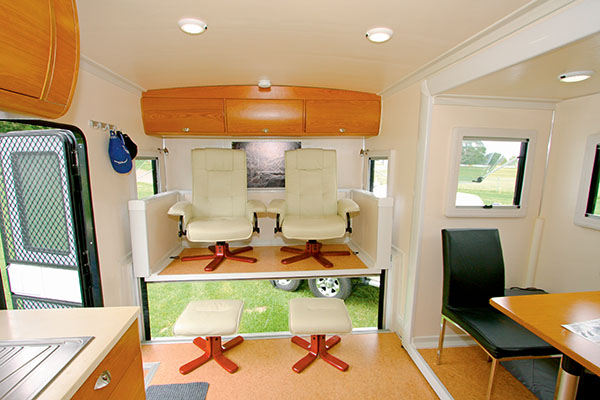 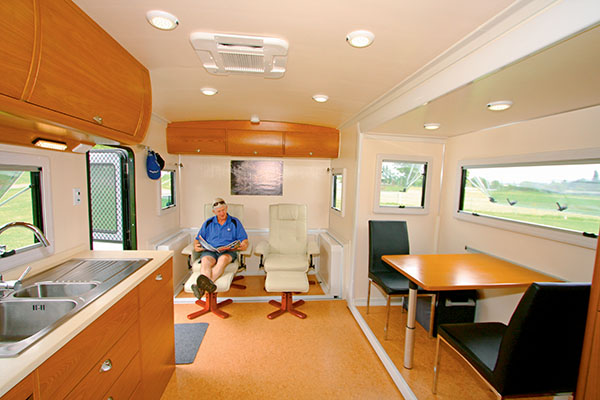 In the rear of Adventura, the bedroom and bathroom are quite separate from the front half of the RV. Two slide-outs have to be opened here; the offside one contains the bedhead for the east-west bed, and the rear slide-out is fully utilised by a wardrobe. That leaves space for a split bathroom, with shower cubicle on the offside and toilet cubicle opposite, across the doorway between the front and rear.

The design of the bedroom and the slide-outs means there are just three windows in this part of the RV – one on either side of the slide-out and a third on the opposite side, above the vanity cabinet along the nearside wall.

I was a little surprised by the relatively small size of the kitchen bench space. It has all the essentials, including a good number of drawers but not a great deal of benchtop area – at first glance, anyway. I mention this because the top drawer isn’t a drawer at all. It does slide out but it is upside down, thus extending the benchtop working space in a very neat fashion.

There are two washing up bowls – one large and one small – as well as a good-sized drainer but, to compensate, the three-burner cooktop is turned sideways. Under the cooktop is a Panasonic microwave convection oven and completing the kitchen fitout is a 258L Nova Kool fridge that butts up against the bedroom wall. Although it’s not actually a kitchen item, a front-loading 3kg Dometic washing machine is fitted at the end of the kitchen bench and can be reached from outside the door.

Despite the relatively small number of fifth wheeler manufacturers, there tends to be a fair bit of individualism in design styles, especially compared to the caravan market, although most do stick to a layout with the main bed up front. But this is where the Pacific Adventura 27FLB steps out of the box, with its front ‘slide-down’ creating a very different fifth wheeler layout. And the additional of three slide-outs and the slide-down adds greatly to the internal living space.