When did caravanning become all about 30ft tandem-axle rigs with all the trimmings? Don’t get me wrong: I have nothing against these mansions on wheels and, if you can afford one, may it bring you many years of happy touring.

But, sometimes, there’s nothing better than hitching up a lightweight single-axle van. A van with a small footprint and turning circle. A van that won’t overly burden the fuel bill or rear suspension. A van that is, when you get right down to it, a basic but comfortable place in which to cook and sleep.

This basic-but-comfortable rig would be as useful as a scuba tank in the Simpson Desert if it wasn’t built well. Ultimately, it’s about knowing the type of terrain the rig can handle, from the chassis-cracking corners of Cape York to the nonchalant blacktop of the Blue Mountains. 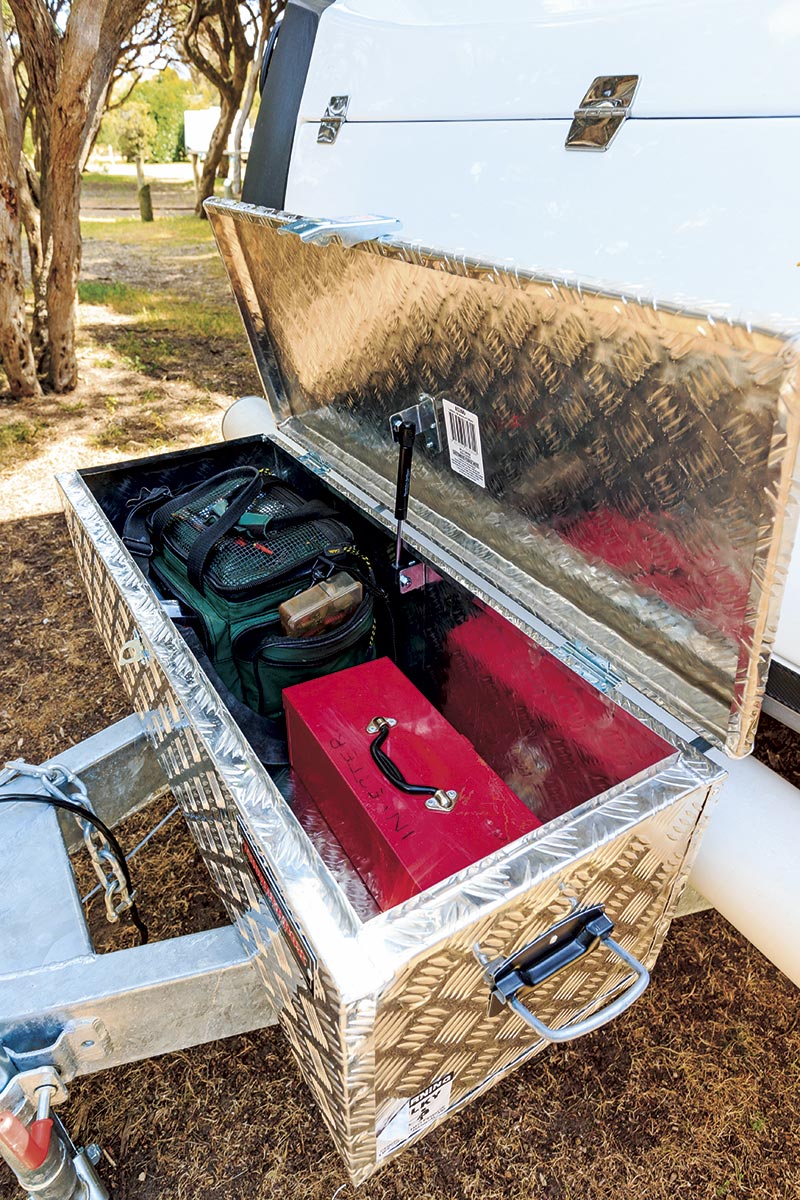 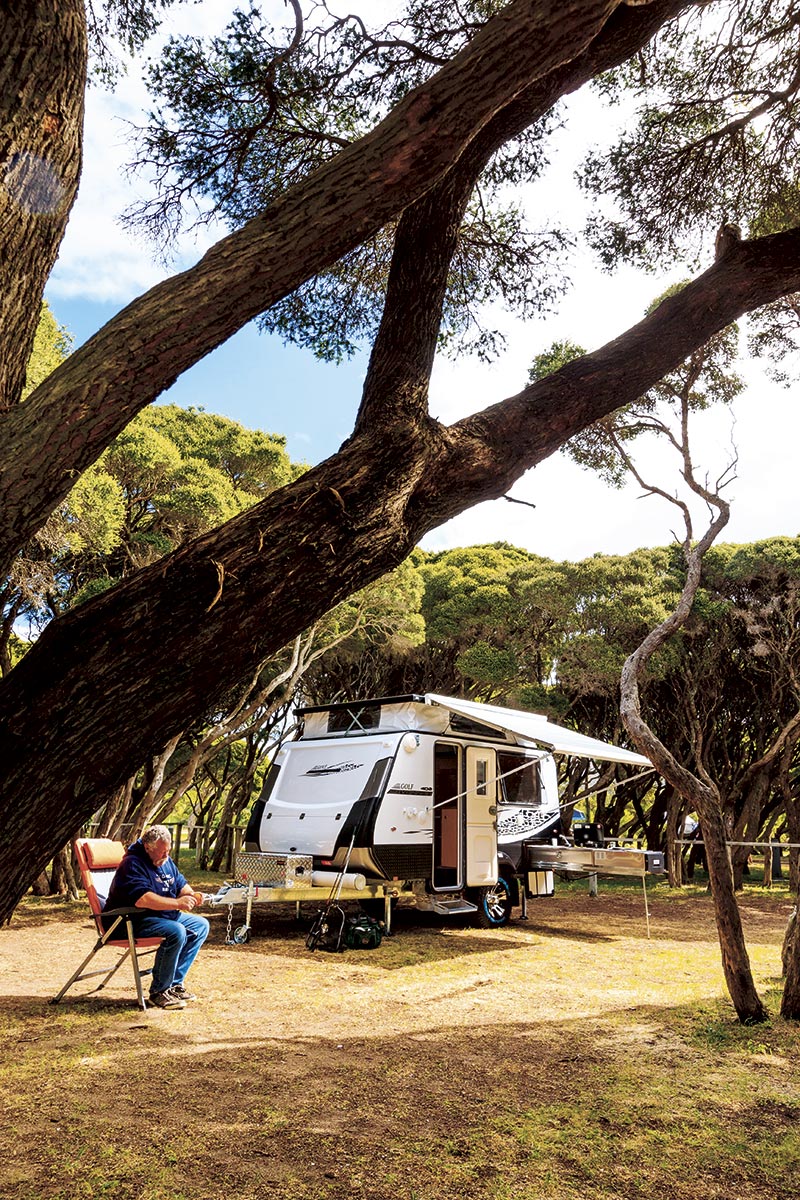 Launched at the 2014 Victorian Caravan Show, the 402 is the smallest of the pop-tops in the Golf Savannah line-up, just less than 1m shorter than its bigger brother, the 499. The difference in length means there is enough room for an onboard bathroom in the 499, as well as additional living space.

The diminutive 402, meanwhile, is built and priced as a genuine alternative for tent campers or camper trailer travellers who want to get up from the forest floor and into something more comfortable.

Internally, the 402 is compromised by the limitations imposed by its body length. Fortunately, the compromises are sensible and generally well thought out.
In the rear, the 402 is fitted with an east-west bed that lifts on gas struts to reveal a storage area. We found that the mattress bound slightly on the rear wall, so lifting the base was awkward.

The under-bed space is almost completely swallowed up by a large slide-out external kitchen, the battery box and Projecta 12V 7A seven-stage charger and controller for the standard 80W solar panel. An access panel has been fitted, however, so you don’t have to lift the bed every time you want to check the battery charger.

Up front, meanwhile, a simple but functional kitchen has been fitted. There’s a Swift 500 Series four-burner cooktop, a sink, a spread of drawers and cupboards, as well as a two-shelf pantry built into the cabinetry.

While by no means a new idea, the offside corner of the kitchen bench gets a hatch and wire basket beneath where you’d keep onions or potatoes. Since the hatch/basket arrangement is adjacent to the sink, a seal of some kind wouldn’t go astray in order to prevent splashed water from finding its way into the cabinetry.

Other internal features include a microwave that’s fitted at a sensible height, a 14L Truma hot water service, and LED ceiling and reading lights.

The van felt very stable under tow: after more than 300km behind a variety of tow vehicles, I can say with some confidence that it’s a surefooted pop-top. The load capacity of 300kg is, however, a bit light-on, since this van is bound to spend time away from civilisation – the water carrying capacity of 190L alone would eat into a fair chunk of it.

The Golf Savannah 402 pop-top, which is priced at $42,990 (in Victoria), represents very good value, for roughly the same price as a well-specced hard-floor camper trailer.
There are some items that we’d like to see refined in this van, such as the difficult-to-lift heavy roof and certain cabinetry details; however, it is fitted with most creature comforts that you’ll need and its small footprint will see it travel further down the beaten track than some of its larger, tandem-axle contemporaries. It’s a worthy category winner.

The full test appeared in Caravan World #533, January 2015. Subscribe today for the latest caravan reviews and news every month!