The Millard Breakaway Longreach caravan is built to tackle offroad conditions and had to be built tough. But there is no denying the fact that even the toughest offroad caravan of 2000kg-plus is not going to get very far in all arduous offroad conditions.

It is a physical impossibility; with no driving wheels to pull it out of the mud/soft sand/lumpy steep rock track, the van becomes an anchor for the tow tug. But that doesn’t mean you can’t tow a caravan anywhere off the beaten track – some of Australia’s best attractions are a long way down a rough dirt track or hard-packed sand beach and, if you want a van to make it, you’ll will need strength and clearance, so a van such as the Millard Breakaway Longreach makes a lot of sense. 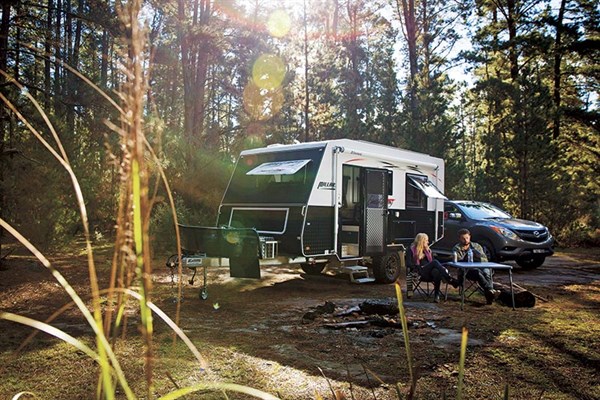 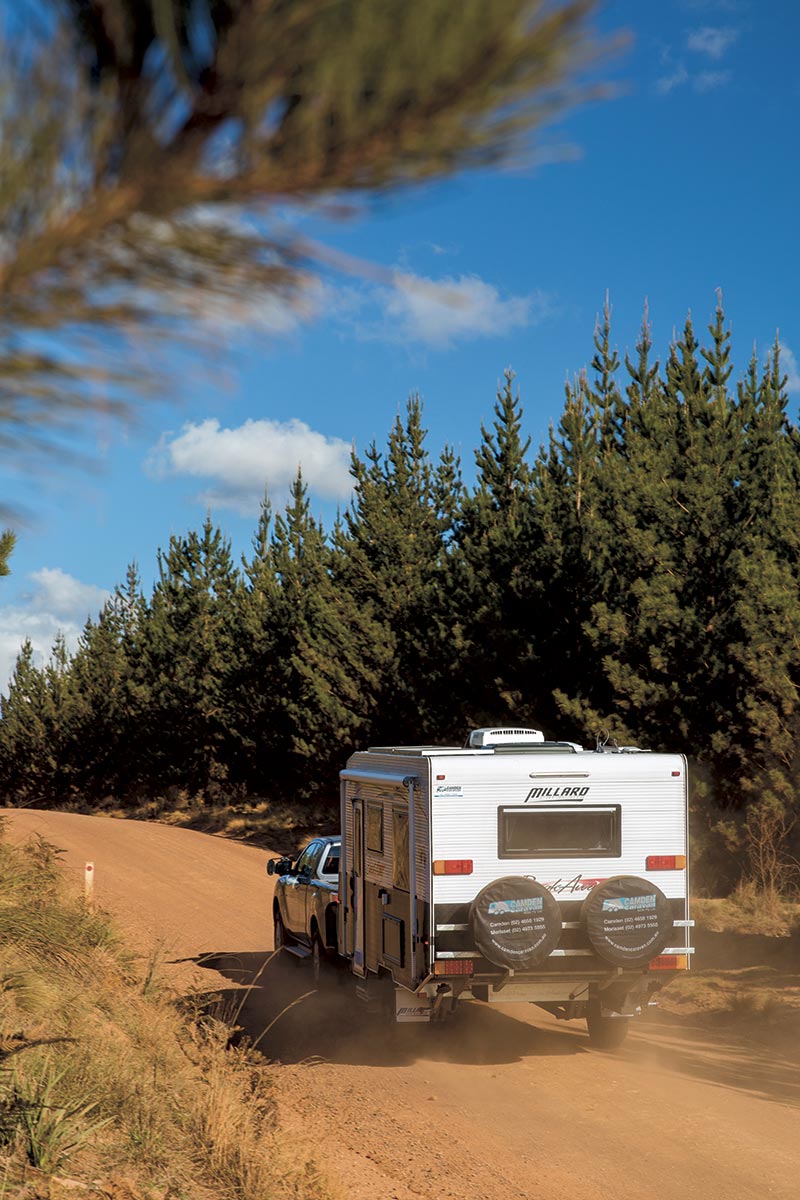 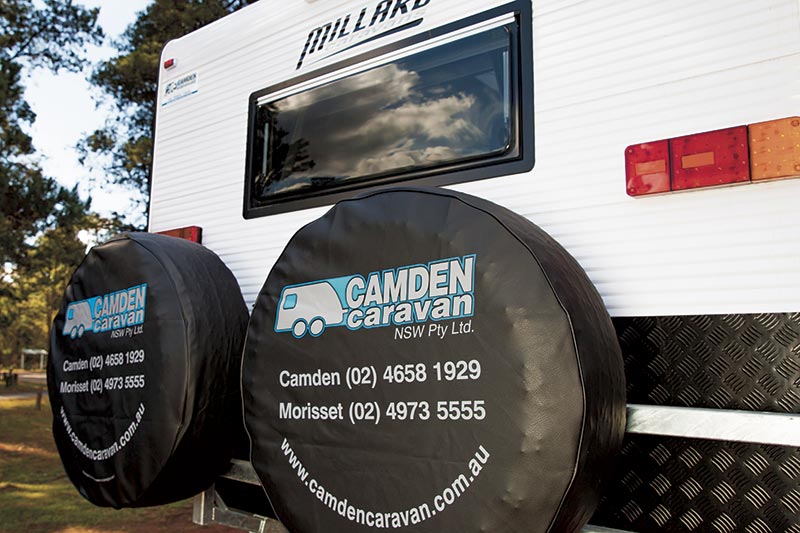 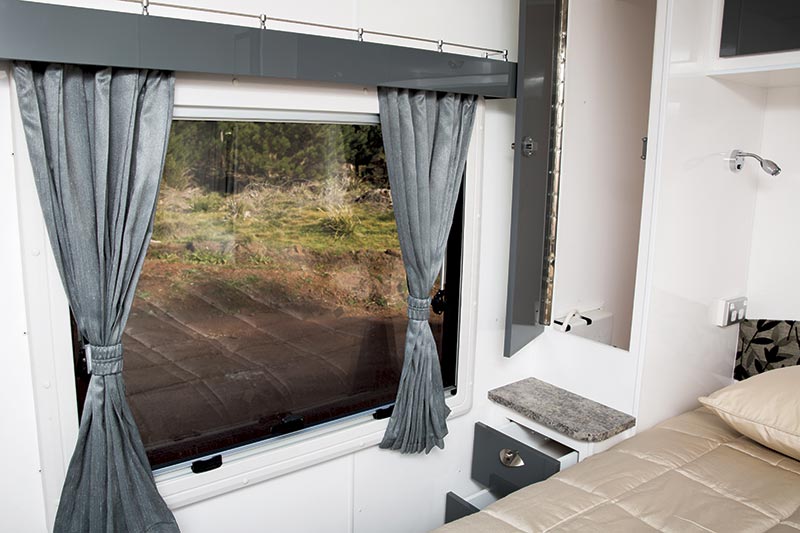 This is the single-axle, two-berth version of the Longreach Breakaway, and it looks striking in its satin black upper and gloss-black lower front checkerplate protection and beefy 16in alloy wheels with Cooper tyres. This is a boon when travelling on outback roads, because it allows you not one but two ‘get out of jail free’ cards. However, being large 16in wheels with offroad rubber, these are heavy items. It’s a shame Millard couldn’t design a set-up where it was easier to dismount/mount the spare wheels. They are bolted high up, which is not unusual for a high-clearance van, but an underbelly, wind-down arrangement could be fitted, which would make wheel changing a lot easier.

The A-frame features a Hitchmaster DO35 coupling, two 9kg gas bottles and a Diamond T Products aluminium locker. Two solid jerry can holders are also fitted, one each side of the locker.

Along the nearside of the van is a locking picnic table, a 12V and 240V outlet plus an aerial plug for the TV. There are two external speakers set quite low and an LED light sitting just below the Dometic awning. On the offside of the van an external shower is fitted, towards the rear.

The underside is well-protected, with inclusions such as the A-frame water tap protected from stone damage by thick aluminium checkerplate. Ground clearance is excellent for the better part – with only the drop-down steel step exposed to potential damage during sharp-angle situations. In any case, it’s a tough, solid step frame so you’d have to be doing something silly to damage it.

Aside from the use of colour and the plentiful natural light (thanks to the hatches in the toilet and shower letting in light as well as the four hopper windows and door window), the Millard has a plethora of LED lights inside. There are five ceiling-mounted LED lights, an over-sink strip light, two small LED lights in the rangehood, two reading lights at the L-shaped lounge and two at the bedhead.

The electrics are fed by twin deep-cycle 100Ah batteries, mounted externally on a plate fitted on the offside at chassis height. On the roof are twin 150W solar panels to keep the batteries fed when bush camping. A standard 240V inlet is supplied on the offside also.

The lasting impression of this van is no-nonsense simplicity and toughness. The Breakaway Longreach is designed to be taken into the outback and appears to offer not only the toughness but all the comforts you’d need.

The full test appeared in Caravan World #531, November 2014. Subscribe today for the latest caravan reviews and news every month!