As one of the most recognised caravan manufacturers in Australia, Coromal Caravans have been building recreational vehicles for family touring since 1977.

Coromal vans are built in Western Australia, each fitted with an independent suspension and a galvanised chassis system.

The company first offroad van arrived in the late 1990s, but its vans are perhaps best known for their elegant interiors. 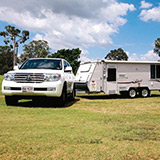 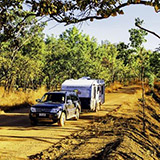 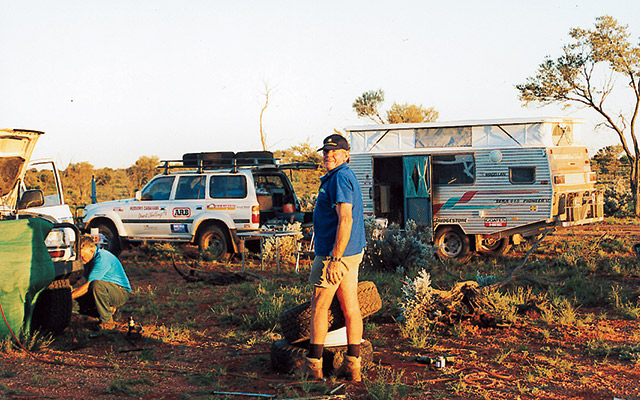 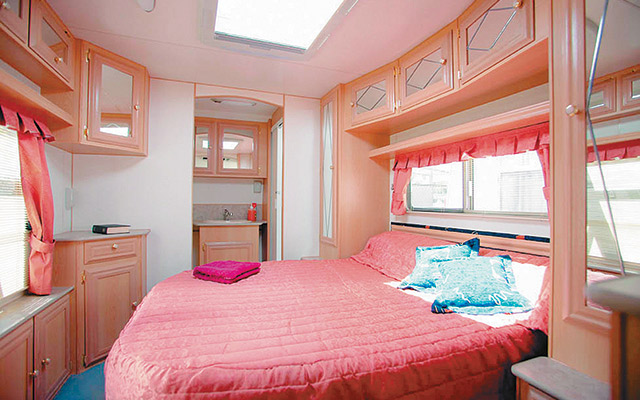 Check out our Coromal Caravans buyers’ guide including Coromal reviews and our top 5 classic Coromal caravans.

Over the years Caravan World has reviewed many of Coromal's big releases, from the Coromal Excel to the Coromal Elements. Check out some of the highlights, including advice on towing and offroad ability.

WA's largest caravan manufacturer, has been in the game since 1977. Take a look at five of the most memorable Coromal caravans.

In the late 1990s, Coromal turned a hand to building its first offroad van for the domestic market. Enter the Seka Pioneeer XC pop-top.

John and Margie Hudson, in partnership with friends, were the owners of Hudsons’ Caravan Workshop in Mandurah, WA, where they operated more than just the workshop: Hudsons’ was also the local Coromal sales centre. And John and Margie didn’t just sell caravans, they toured with them. In 1998, they put the ‘offroadability’ of the Seka Pioneer XC to the test, a trip timed to coincide with the release of that model.

The plan was to cover 11,500km from Perth across the Nullarbor, through the Flinders, up the Birdsville and Oodnadatta tracks, then via a series of little-known tracks across remote desert regions of outback WA to join the Canning Stock Route and home via Karratha. Though the Seka Pioneer, which was in production for about 10 years, was available in a range of sizes and layouts, the Hudsons chose the 4.45m-long (14ft 7in) unit. For the uninitiated, “XC” refers to the marque’s offroad package, which can be optioned in at the build stage. In the Seka Pioneer, it brought a stronger chassis with 150x150mm RHS main members and drawbar to the table, as well as a Treg 360° rotational hitch, and an upgrade to independent suspension, among other useful features. Together with the Hudsons’ modified ’97 LandCruiser, what could go wrong?

As it happened, very little, even on the Canning Stock Route, a few flat tyres and a broken window notwithstanding. All in all, that’s not bad going. Sure, they had to tweak their itinerary in the face of boggy, sandy conditions en route to Emu Junction, not to mention the concealed branches and logs that took their toll on the tyres as they traversed another track, but the rig lived up to its offroad promise. Alas, it has since been replaced by the Magnum pop-top.

Another of the marque’s highpoints, the Coromal Silhouette proved that form and function could co-exist in a small package.

Produced after customer surveys and an intensive R&D program, Coromal’s Silhouette camper has always made a good first impression. Launched in 2003, the exterior was fibreglass and the contoured roof had an inner and outer skin with an integrated core making it lightweight but strong. It remains well-regarded by those who’ve owned one. “A great all-rounder” is how most owners describe it.

The fibreglass nose cone housed a large locker holding a gas cylinder, with provision for a second, and room for gear. The Silhouette’s most impressive feature, however, was its space-saving slide-outs – one-piece fibreglass panels bonded and fixed to an aluminium frame and insulated with polystyrene foam. The slide-out kitchen, found in most models, did away with the narrow corridor a centre kitchen layout usually creates. This feature was one of the rig’s main selling points and seems to have stood the test of time, both in terms of functionality and durability.

Front and rear beds slid on a tracking and roller system. The front bed was 1.5m (5ft) wide and the canvas bed-ends were separate sections joined to the side panels with concealed heavy-duty zips.

The canvas side panel at the dinette area could be removed onsite, opening the camper into the annexe area. Australian-made canvas was used for the sides with heavy-duty vinyl boat hooding acting as roof and front panels in the bed-ends. Large windows provided an almost uninterrupted 360° view. All lighting was 12V and could be plugged into an external 240V supply.

The towing prowess of the Silhouette, which is still in production, was the result of the standard fully independent suspension system. When it was launched, there were eight models in the Silhouette range, from the 3.23m (10ft 7in) CCS320 to the 4.56m (15ft) CCS450.

After two years of development, Coromal had a van worthy of replacing the venerable Capri.

The luxurious Princeton was launched to some acclaim in February 2004. From the outset, it was clear the experience gained in developing the fibreglass-bodied Silhouette camper, which made its first appearance in 2003, let Coromal’s design team take their ideas further. At the time, the shape of the Princeton’s distinctive
moulded fibreglass front was quite unique; in fact, you’d be forgiven for thinking it was borrowed from boutique European designers. But no, the design and build came out of WA.

Launched at the Adelaide Caravan Show, the Princeton retained much of Coromal’s build methods. The aluminium frame construction remained, as did the distinctive polished grey cladding – a colour that’s become the hallmark of this manufacturer.
But that doesn’t mean the Princeton was devoid of innovation: a battery compartment was fitted neatly into the curvaceous fibreglass front, which extended out over the drawbar – the profile was so low it was hard to believe there was room for a battery at all. An external-access electrical compartment, concealed behind a mini storage door, became the junction point for all 12V wiring, incorporating the 12V power supply unit and fuse panel.

Princeton models started at 5.4m (17ft) through to 7.5m (24ft), with many layouts to choose from. Inside this 2004 Princeton (pictured), all the usual features were present, but the L-shaped dinette had been restyled for extra comfort and functionality.

Instead of theusual 90° corner, the seat and backrest were cut across the diagonal, resulting in room behind the seat for a very handy shelf, with a storage compartment below – great for when you are playing cards and need somewhere to put your drinks.

In 2010, Coromal launched a pop-top with dual fold-outs.

The Transorma fold-out pop-top was released in 2010 based on the then-new 4-5m (13ft 1in to 16ft 5in) Magnum pop-top range. Since its launch, the Magnum Transforma has proven very successful for the marque, in part because it extended the Magnum range to cater for vanning families.

The Magnum Transforma allowed Coromal to compete in the already-established market for pop-tops with fold-out bed-ends. With the Magnum pop-top already developed, it made sense to adapt the design to create the Transforma.

It was built with the same construction techniques and features that characterised the Magnum pop-top, and had an unladen travel height of 2.08m (6ft 10in), which increased to 2.22m (7ft 3in) when fitted with the XC pack. There’s independent suspension, 14in alloy wheels, and an extruded aluminium frame (Coromal has long opted for aluminium frames over meranti timber).

The Magnum Transforma was launched with a low Tare, approximately 1170kg (1320kg with the XC pack). This widened the van’s appeal as a family tourer –many cars already parked in driveways across suburbia were more than capable of pulling it.

Every so often, a caravan manufacturer creates something memorable. Case in point: the Bordeaux, a one-off effort based on one of the company’s most popular layouts. Oh, and it was pink. Who said caravans were just white boxes on wheels As the major sponsor of the caravan industry’s 1999 national conference, Coromal pulled out all stops to mark the occasion.

The Bordeaux was unashamedly showy. Instead of Coromal’s familiar polished grey, its 6.9m (22ft 8in) body was finished in pearlescent “Champagne Pink”. Doors, window frames and body trim were a slightly deeper shade of the colour.

The interior of the Bordeaux was just as ostentatious, with new fittings and fixtures, such as round brass 12V ceiling lights, imported especially for use in this caravan. Even the light switches and powerpoints were a matching gold colour. The burgundy gas cooktop, matching oven, rangehood and sink, are unlikely to be seen in any caravan nowadays, but here it seemed to work. At least, that was the consensus of the Adelaide caravan show goers who queued every day for a look inside.

The Bordeaux made its first appearance in the foyer of the Melbourne Exhibition Centre in mid-February, 1999. From there it went to the Adelaide show. We don’t know what became of this flashy specimen, but if it ever made it onto the road, we’re betting its owners were fielding questions at every caravan park…