If you have luxury caravan aspirations and you haven’t had a close look at a British Bailey, frankly, you haven’t done your homework.

The Cartagena is built in Bristol, UK, and imported here by Caravans Australia, which also builds and sells the traditional Australian Regent and Legacy caravan ranges. 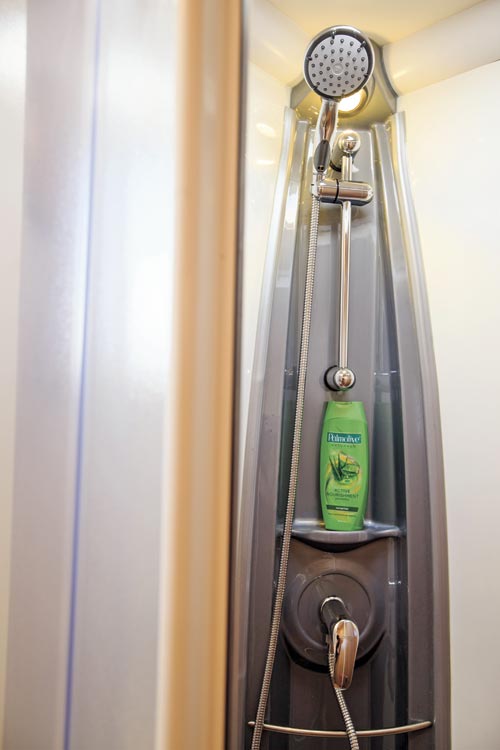 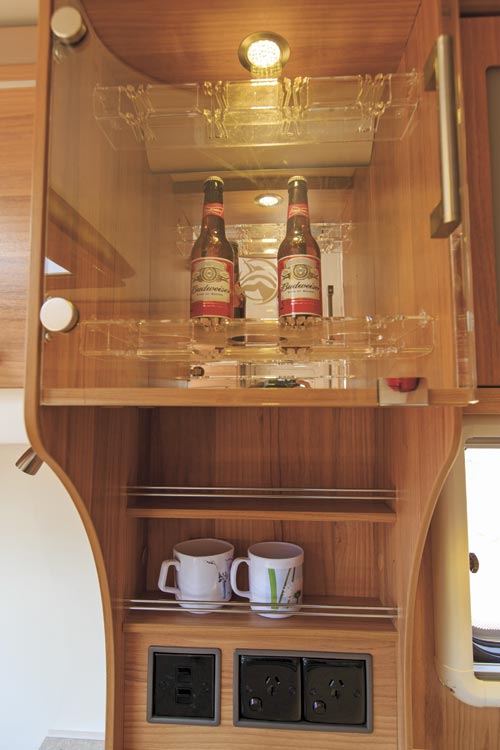 Some manufacturers will tell you that British vans are not tough enough to take the long-term pounding of Australian roads (and lack of roads). But Bailey refutes this and points to its vans’ Alu-Tech construction, in which 32mm-thick high-density fibreglass and aluminium sandwich walls and a laminated one-piece roof, a GRP rear panel are locked and a 44mm-thick floor are fixed to a patented, structural interlocking aluminium frame.

The Cartagena’s galvanised, pressed-steel chassis may look flimsy compared to the bridge-like structures under most Aussie vans, but with a very solid monocoque body sitting on top of it, it has a supporting, rather than a structural role to play and, hence, doesn’t need to be as monolithic.

Caravans Australia and Bailey have gone to a lot of trouble to increase ground clearance in the latest 2014 models. The spare wheel cradle has been set higher on all models and the previously puny water tanks fitted for Australia have been completely redesigned for much greater ground clearance and capacity. As a result, the Cartagena holds a pair of 95L tanks. This is more than you get on most homegrown Aussie vans

We towed the Cartagena to and from the Flinders Ranges, SA, with a 300kW Nissan Patrol V8, but a much cheaper 210kW SV6 Holden Sportwagon would have comfortably done the same job – at a saving of around 8-10L/100km. And being a predominantly bitumen caravan, the 4WD assets of the big Nissan were not needed. The tare weight of 1660kg means that you can hitch behind a Commodore, Falcon, or a Kia.

During more than 3500km of travel from Melbourne to Marree on the Oodnadatta Track and back, we couldn’t argue with that. The Cartagena showed no sign of stress at cruising speeds up to 100km/h north of Leigh Creek and on the sometimes-rough unmade and very dusty roads in and out of the northern Flinders Ranges.

As the second largest model in the Bailey Unicorn range (only the 20ft 8in Pamplona is longer inside) the Cartagena feels roomier than its actual dimensions.

The large front lounge, with its twin couches able to seat up to eight adults, is light-filled and immensely inviting. The lounge and the caravan’s stylish adjacent kitchen are the ‘wows’ that sell many Bailey vans on first impressions.

The Cartagena’s is east-west, beyond the kitchen and closed off for privacy by a lightweight concertina door.

The kitchen is quite short on bench space, particularly if you want to feed those eight adults on the lounge, but it’s workable. At least the three-way fridge/freezer opposite is a good size at 190L capacity.

The Bailey Cartagena is a lot of bang for your buck – both for the ones you need to fork out to buy it, but just as importantly, those it will cost you to tour Australia.