If you own a Retreat caravan, the chances of meeting someone with an identical van is about a million to one.

With more than 85 different layouts across Retreat's 13 model range, some 200 different Laminex interior colour schemes to choose from, plus the option of the more rugged 'Outbacker' underpinnings as equipped to our review Brampton, Retreat is proud to claim that each of its caravans is effectively custom made. 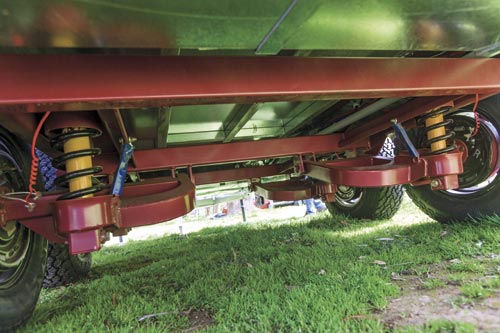 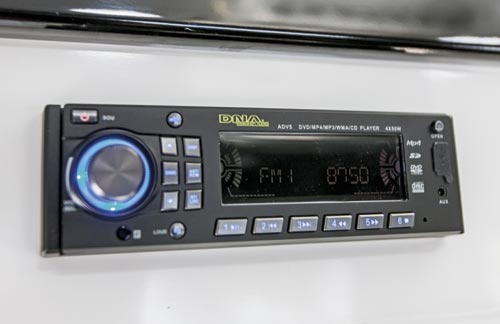 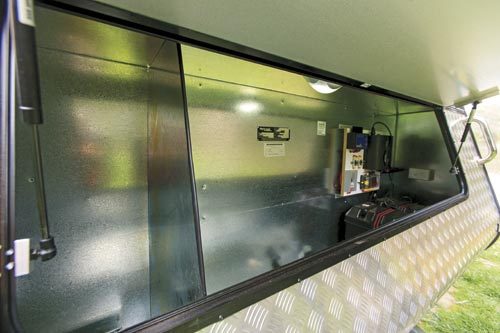 Giving the customer what they want is a lesson that Retreat founder Steve Borg has learned from more than 20 years in the industry. Together with his son Justin, who looks after sales, they have been prolific producers of semi-luxury caravans, amassing a legion of happy and loyal customers along the way. Our 6.2m (20ft 6in) test Retreat Brampton was the 1512th produced at their Campbellfield, Vic, factory.

The Brampton is a conventional, good-looking, van with all the latest features built in. In its robust Outbacker spec, with a sturdier chassis, heavy duty Control Rider independent coil spring suspension, added ground clearance, front checkerplate stone protection and twin, rear-mounted jerry can holders, it looks poised to set off on a Big Lap of the country.

Like many manufacturers these days, Retreat has embraced the vogue grey/black exterior now sweeping the industry. It's not for everyone and will never replace white as the preferred finish for the majority of vans, but it does look smart on the Brampton, even though it will involve more maintenance to stay looking smart on the road.

You enter the Brampton by a side rear door, with the huge ensuite and its separate toilet, shower, top-loader washing machine and linen press to the right. The kitchen and dinette is to the left, with the island queen-size bed at the front of the van.

It's a proven, logical layout that creates two natural living zones, while allowing easy access to the wet areas when you're enjoying outdoor living, such as near the beach or river.

The interior décor on our test van was matched to the exterior and featured a stark white shell, with glass black Laminex facings on all cupboards, black leather upholstery and grey timber-look flooring. But if you would prefer more colour in your life, there are another 199 Laminex colours to choose from, along with any number of leather options.

As with most caravans in its price bracket today, the Brampton has a separate shower, but its fibreglass cubicle is larger than normal. The kitchen/dinette layout also follows conventional lines and is large and roomy, with a Four Seasons hatch and the main air-conditioning outlet above to keep the air fresh and odour-free. There's another hatch above the bed at the front of the van.

No one is going to complain about lack of cool storage in the Brampton Outbacker, with a 12V 230L Vitrifrigo fridge/freezer on one side of the four-burner stove, just below the microwave and alongside the large full-height, pull-out pantry.

Outside, there's also an abundance of features, with highlights including the front tunnel boot, which complements the rather shallow storage area just rear of the exposed twin 9kg gas cylinders. After going to such trouble to make the exterior of the Brampton look smart, it would be nice to see the cylinders covered.

But with its twin checkerplate-faced under-chassis toolboxes, the Outbacker provides additional and convenient storage places for the small hard items that usually rattle around in a larger storage area.

While it's a very comfortable place to live in cooler climate, the Brampton - with its expansive awning, slide-out barbecue, drop-down picnic table and provision for both external TV and audio, along with a generator slide - is also a great outdoor entertainer wherever you choose to park it.

We can easily imagine it set up with a full annexe for several very pleasant months in Port Douglas or Broome during the cold southern winter months.

We took our test van from Retreat's Campbellfield factory up the Hume Freeway to Seymour's Goulburn River Tourist Park and found that, despite its Tare of nearly 2.9t, it travelled easily behind our Land Rover Discovery TDV6 tow vehicle.

The only issue we had when towing was the reflection off the shiny front checkerplate of the Brampton when the sun caught it and we imagine that there would be a similar problem at night from the refection of the tow vehicle's taillights or from oncoming traffic.

It's only a small point, but in a van so well-equipped and presented, we struggled to find much else to beef about.

Making towing a large van like this even easier for many customers, Retreat is now offering Al-Ko's new Electronic Stability Control on its caravans in some states, depending on local regulations. Working off a gyro meter, the ESC system applies the caravan's brakes selectively once van sway is detected, quickly and safely stabilising the rig. It's a feature that will soon become standard on all large vans in Australia, but Retreat, always keen to offer the latest features to its customers, already has it.

Like many Australians, Ian and Glenys Danahay, who own a Retreat Hamilton rather than a Brampton, wanted to explore Australia after Ian retired from the Melbourne Fire Brigade in 2009.

They initially bought a mid-sized motorhome, but quickly realised that with its large rear overhang they were somewhat limited as to where they could go off the main tourist routes.

So they started looking at caravans as a more versatile option with similar creature comforts, but as their only past experience was with a Sunwagon campervan, they were starting virtually with a clean sheet of paper.

"We must have looked at 20-odd different vans - all the major brands," explained Ian. "We had a friend who had a Retreat Brampton and was very happy with it, so that swayed us.

"We liked what we saw, but were particularly taken by their Hamilton model because of the extra space of its angled kitchen.

"Ours doesn't have the Outbacker's full rough-road spec, but even in standard form it's semi offroad with a 6in chassis and with its 4in riser it has plenty of ground clearance and has taken us everywhere we have wanted to go.

"We covered more than 10,000km on our shakedown trip from Melbourne to the Gulf

country up the Kidman Way and this included around 80km off the bitumen getting into Lawn Hill National Park, but it did it with ease."

Unlike our test van, with its dazzling white interior, black finished cupboards and grey flooring, the Danahays decorated their Retreat with mahogany furniture with rum-coloured leather upholstery.

"That's one of the things we really liked," said Glenys. "We could have our van just the way we wanted."

After living with their Retreat Hamilton for a couple of years now, Ian and Glenys can speak with authority on their van's strong and weaker points.

· The head height over the queen-size bed

· The two rear jerry can holders

· The ensuite with its large separate shower (the largest they've seen)

· All the LED lights, inside and out

· Better finish inside some cupboards