There is no 'luxury' caravan, as such, in the Coronet range. The RVs that this long-standing and respected Victorian manufacturer has produced since 1959 are based on solid 'mum and dad' values, with the bling left on the long option list rather than built into the price.

Coronet's hands-on owner is industry stalwart Andrew Phillips, who built his first caravan at age 14 and whose parents ran a hire fleet of close to 100 vans in the 1970s and '80s. 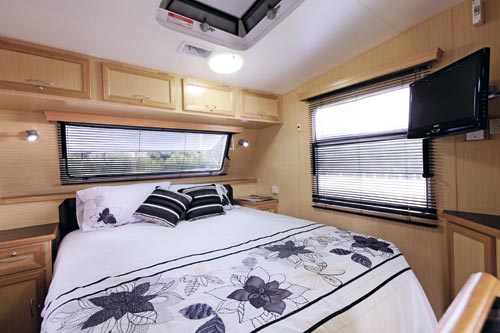 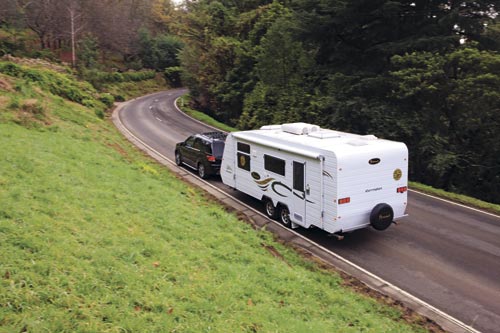 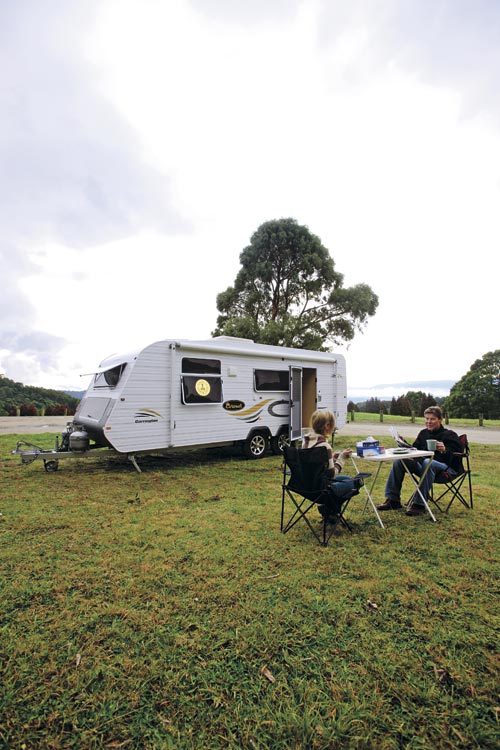 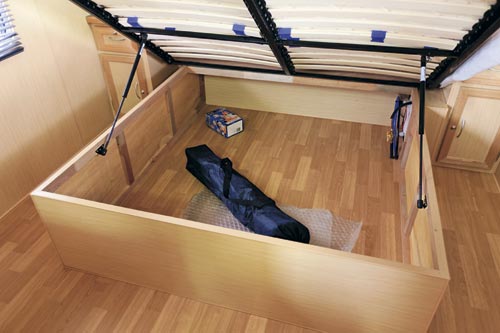 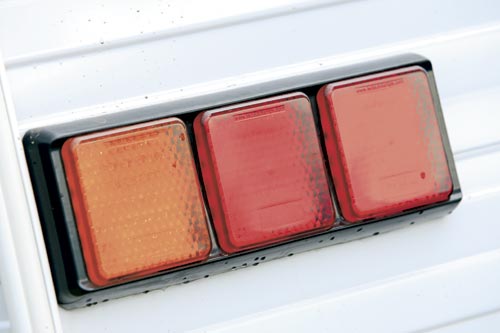 In today's crowded caravan market, in which close to 80 manufacturers are competing for business in Victoria alone, Andrew likes to offer customers a solid value van with good basic equipment at an affordable price.

The Carrington is Coronet's top-spec, shower-model and is available both as a standard caravan and as a pop-top, in sizes from 5m (16ft 6in) up to 8.5m (28ft). While the smaller Carringtons are comfortable accommodation for couples, those longer than 6.4m (21ft) can be configured for families, with two, three or four bunks. At least 15 different layouts are available, so there is something for almost everyone in the Carrington range.

If the name of the model seems new to you, you're right: the Carrington was actually called the Prince when it first came to market a few years ago, then the Grand Prince. It's worn the Carrington moniker for the past two-and-a-half years, carving a new identity all its own.

This is a well built, well-equipped and well laid-out bitumen tourer, and the 5.94m (19ft 6in) version we tested came in at $53,850 with a range of features and fittings that would have been considered luxuries just a decade ago. These include reverse-cycle air-conditioning, a 12V LCD TV with DVD and wind-up Winegard antenna, and an on-board deep-cycle battery with a smart charger and inverter.

But Andrew is more than happy for customers to option it up to the level of $80,000-$90,000 vans and offers items such as glass overhead cupboard doors, leather trim, lounge pillow upholstery, a solar package and a full-size oven.

Coronet uses proven meranti timber frames and aluminium cladding. This is a light and practical combination that keeps the Carrington's Tare to a more manageable level for the tow vehicle.

Speaking of tow vehicles, ours was a Ford Territory Titanium AWD. The van sat level and felt right at home behind the 2.7L V6 diesel-powered Territory from the moment we hitched up.

We left Coronet's Bayswater headquarters on the outskirts of Melbourne and powered across Mt Dandenong, feeling ready to head for Meekatharra rather than Monbulk, for our photo shoot.

While the Carrington is designed primarily for bitumen travel, its generous ground clearance, raised rear overhang and impressive front stoneguard make it suitable for sensible speeds on the major unmade roads you'll find on any trans-Australia trip.

Setting up is a cinch, with everything from the sturdy drop-down, offroad corner jacks to the centre-mounted jockey wheel easy to use.

The huge (standard) Dometic awning unfurls quickly, with a generous 1m overlap of the rear doorway, so you can quickly be at home inside this spacious van, regardless of the weather.

The front boot is ideal for all manner of items, such as the jockey wheel, but if you specify the optional internal spare -wheel mounting - instead of on the rear bumper - space is somewhat limited. I would also prefer the twin 9kg gas bottles to be in the boot, to reduce their vulnerability and improve appearance.

Once inside the Carrington, you're immediately impressed by its roomy, logical layout.

To your right as you enter is the van's huge ensuite, which contains a separate cassette toilet, shower with one-piece fibreglass base, and large vanity which can also incorporate an optional top-loading washing machine.

But the real winner for many would have to be the Carrington's large combined wardrobe and chest of drawers, which effectively turns the bathroom into a walk-in dressing room.

To the left of the door, which has a separate flywire security screen, is the kitchen and L-shaped dinette.

The van's 150L Thetford fridge is conveniently located opposite the entry and, while bench space could be better, it's a very workable kitchen which allows meals cooked on either the four-burner cooktop, oven or microwave to be served directly to the table opposite.

The standard rooftop reverse-cycle air-conditioner and one of the van's two four seasons hatches are located above the kitchen/dinette, ensuring condensation and fumes are quickly dispelled outdoors.

At the pointy end of the van you will find the Carrington's queen-size island bed with innerspring mattress, twin robes and drawers, which double as bedside tables.

A nice feature of this layout is that the van's large front window, protected by its aluminium stoneguard, can be raised and the window opened in conjunction with the ventilation hatch above, allowing plenty of light into the van. This airy ambiance is further enhanced by the Carrington's three additional windows on each side - all with flyscreens.

Like most of its ilk, the bed lifts up on its gas struts to provide cavernous storage space for bulky items, and this is just as well because, except for the front boot, there are no other externally-accessible storage areas.

The Coronet Carrington is a good, honest, well-made touring van from an experienced Victorian caravan builder. It ticks just about all the boxes for today's budget-conscious traveller.

• Value for money
I WOULD HAVE LIKED