How to go fishing in city waterways

It’s no doubt living in the city can be a drag, if you let it. We all love to escape to a remote and maybe romantic destination where we can blow away the cobwebs of city living and explore our great country and sometimes ourselves. Yet our Australian capitals offer so many terrific options to fishos that you can stage your own little bit of escapism nearly any day of the week and cast away those city blues.

It’s peak snapper season in Melbourne and Adelaide and we have world-class fisheries right on our doorstep. Not only is every boat ramp overflowing with keen anglers from all over the place, but every available pier, rock wall, groin and jetty is full of keen fishos who all have a terrific opportunity to join in the fray by catching big red snapper, some a massive 10kg and beyond. 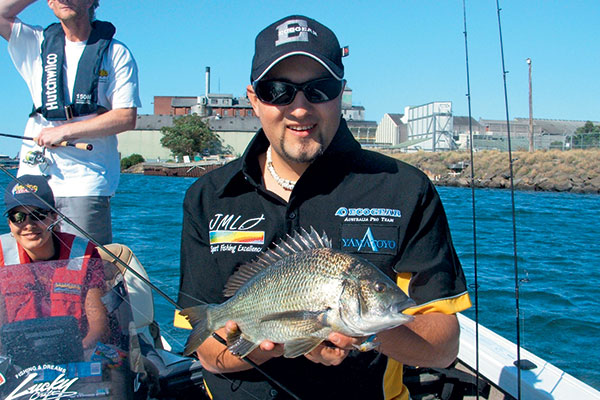 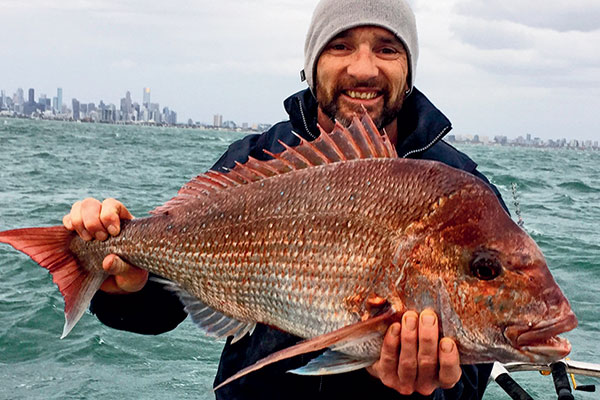 The King George whiting fishing can be terrific, and so too the calamari. For some light sportsfish action, there’s often Australian salmon in schools as big as footy fields, plus tommies and mullet for the kids. As the water warms with the rise of summer we will see more and more kingfish action and don’t think they are confined to the blue water, as kingfish can be quite common within spitting distance of the CBD.

Many will scoff at Melbourne’s upside-down river, the Yarra. Yet this and other suburban waterways such as the Port, Patterson and Werribee rivers, provide some tremendous opportunity for bream, tailor, snapper and even the majestic mulloway in their lower reaches.

By the time some of these hit the outer suburbs we can target trout and even the majestic Murray cod. There’s every opportunity to lose yourself and shake off those city blues if you look for them, and fishing is a terrific vehicle to take you away. If you really want a good night out, take a short drive to any of our nearby beaches and cast a big fresh bait for a prized gummy shark. It’s a great outing for kids to boot.

Our national anthem says, “our land is girt by sea” and no doubt many early explorers chose the sites for what would become our cities, in part due to the fisheries. The Sydney CBD is a virtual sportsfishing mecca. There’s a fishing opportunity at the end of every harbourside street for the bread and butter fisho on reasonably light tackle. Sydney has opportunities for nearly every species already mentioned and plenty more besides. Gear up a bit bigger for some truly exciting kingfish and mulloway action both in and out of the harbour, or tackle right up for a chance at tuna, mahi mahi, bonito and marlin within easy reach of Sydney Heads and the Pittwater. We find the luderick specialists at play with their weed baits and long wands turning up right around the harbour and its coastal beaches, and don’t forget to try your hand at some Australian bass and Estuary perch in the upper reaches of the main feeder streams and tributaries.

Brisbane to the Gold Coast is a fisherman’s honey pot. As I write, there’s a run of big blue marlin offshore for the heavy tackle boys, which highlights the fact that the region really is a melting pot for northern warm-water and cooler southern species. I have very fond memories of hitting the beaches with tribes of fellow fishos, standing waist-deep in the surf and catching cricket-scores of tailor. Don’t try it with anything but an Alvey side cast outfit or you’ll be rejected as some ‘Mexican outcast’ by the die-hard locals.

The miles of canal systems and estuaries are outclassed only by the seawalls and the number of access points to abundant offshore fisheries, both on the close inshore reefs and out wide where the big pelagics hunt.

Then there’s the toothy brigade with wahoo, Spanish and spotted mackerel, the hard-fighting trevally, snapper, pearl perch, trag and a million others. How about those mud crabs – yum! I haven’t even mentioned the flathead fishery that abounds in all these places and Is totally accessible to land based and boat anglers alike.

The fact is that the majority of the Australian population lives in three great cities, but if you thought they had it good, take a look at the immense range of angling opportunity available in our smaller capitals of Perth, Darwin, Hobart and yes, even in the surreal highlands environments of Canberra.

We all love the experience of leaving our daily grind in the city far behind for an extended sojourn to a secluded destination, or even just breaking the norm in a rural town with fishing benefits. But don’t forget to break the norm with a little fishing in your own city backyard, you might be surprised what you find.

Fishing is good for the mind, body and soul so wipe away those city blues with a little adventure tonight – you might be surprised at just how good we’ve got it!