Taking Weather Into Account When Planning Your Next Trip

Two couples we know well had to leave their departures on “around Australia trips” until June and July, for different reasons. They travelled in an anti-clockwise direction: normally that is good, as you will have a following wind right around to WA if you leave around April/May. However, because of their late departure from the Queensland coast, by the time they reached the southern part of WA it was summer.

You guessed it, they were caught near some of the disastrous fires. Having some notice, they were able to move to a safer area, and wait till the situation improved. The temperature at the time was around 40 degrees and the heat and the strong winds made it very uncomfortable. Both groups told us they would not travel at this time of year again: it was very unpleasant, apart from the very real danger from fires.

They still have the Nullarbor to cross, and it can be extremely hot in summer. You do not want to cross with a head wind, but also feel disinclined to sit out a few days in those conditions waiting for the wind to change. Coming through South Australia in summer exposes you to the risk of severe storms with large hail and more bush fires. 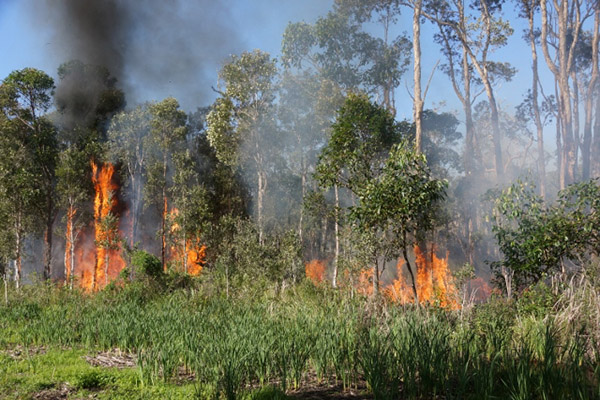 On one of our trips we were caught out in Mildura at this time of year, and we were dodging hail storms all the way back home to Mackay. Each morning before setting off we would get the latest forecast on the internet, and head towards an area where storms were not predicted. We were very lucky to miss a hail storm at Muswellbrook with huge hailstones which punctured a number of vans, and another near Miles, where roofs were collapsing under the weight of the hailstones.

Because Australia is a land of weather extremes, do you consider the likely weather conditions on your route before you leave on an extended trip? Is it a major consideration in your trip planning? Have you been caught out in fires, savage storms or cyclones?

Sometimes it's nice to travel out of season, but maybe the shoulder season is safer than the height of the summer or winter.