You have to feel a bit sorry for modern caravan designers. They have to work with two different constraints. Not only do they have to ensure that their vans are aerodynamic, but they also have to allow room to fit in all the gadgets that today’s caravanners demand. Those requirements limit the range of shapes that manufacturers can adopt for their caravans.

But it wasn’t always that way. Back in the mid-20th century, caravans were built in shapes that defy the logic of modern caravan design. The compact 1950s caravan shown here is a good example. It has the rounded shape that was popular for the era, but with an odd twist. The caravan is taller at the front, and the roofline slopes downwards to the back, which is much lower.

Everyone who sees this van stops for a second look, but there is a good reason for the unusual shape. There is an interior kitchen across the front of the caravan, so you have to stand up at that end. The double bed is at the rear, so the roof can be lower at that end, since people lie down in bed. That’s why the front of the van is much taller than the rear. 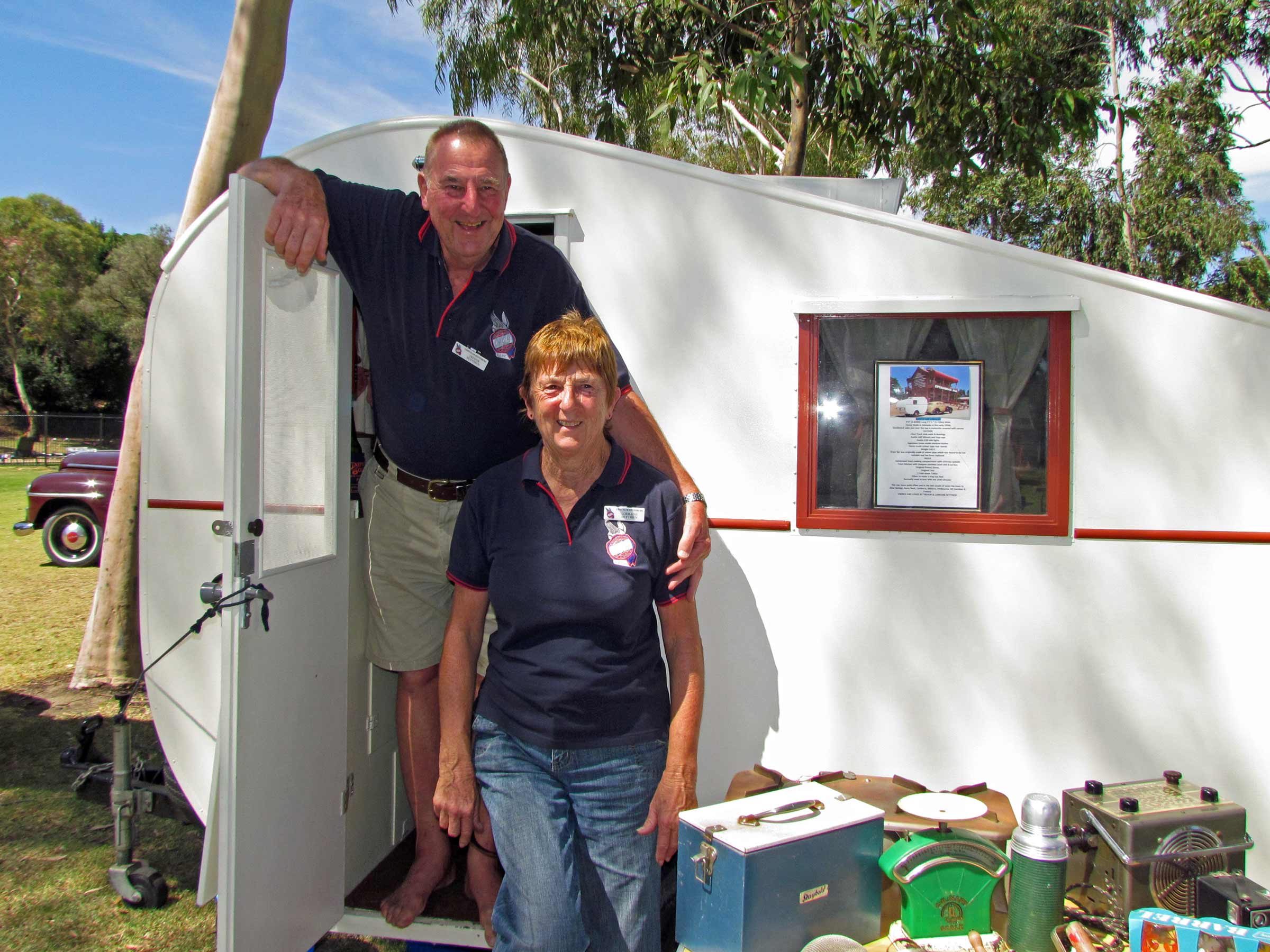 The caravan belongs to Lorraine and Trevor Beythien, who explained that the van is just 9ft 3in (2.8m) long and weighs 540kg. It was home-made in Adelaide, in the early 1950s, with bondwood sides and a Masonite roof covered in canvas. It has an axle and bearings from a Chevrolet truck, Austin A40 wheels and hubcaps, Austin A30 sidelights, and ingenious home-made window catches. They didn’t waste much in those days.

The kitchen is lined with galvanised iron and has an outside chimney. Lorraine and Trevor tow the tiny van with their 1936 Chrysler, and have taken their unique retro rig from Adelaide to Alice Springs, Uluru, Canberra, Melbourne and Ceduna.