Many caravanners and motorhomers that we meet in our travels are obsessed with the Big Lap around Australia. Some have done it already, or are doing it right now. Others have put the Big Lap firmly on their bucket list and talk of doing it “someday”. But just occasionally, we are reminded that there are even bigger journeys out there, and some people are doing what you might call the Ultimate Big Lap. We stumbled across a good example recently.

We were relaxing at one of Perth’s suburban beaches and noticed a rather serious looking motorhome in the car park. On closer inspection, we found that it was actually from Europe. A sign on the back said, “Germany – left hand drive” and the sign above the fuel tank said “Diesel” in seven different languages. Maps on the sides of the vehicle indicated that it was travelling right around the world.

We had a chat with the intrepid RVers, Jörn Kerkamm and Kathrin Vieregge, who explained that they had driven their motorhome from Germany. They left Hamburg over a year ago and worked their way through the Middle East and Asia to Darwin, continuing down the WA coast to Perth. 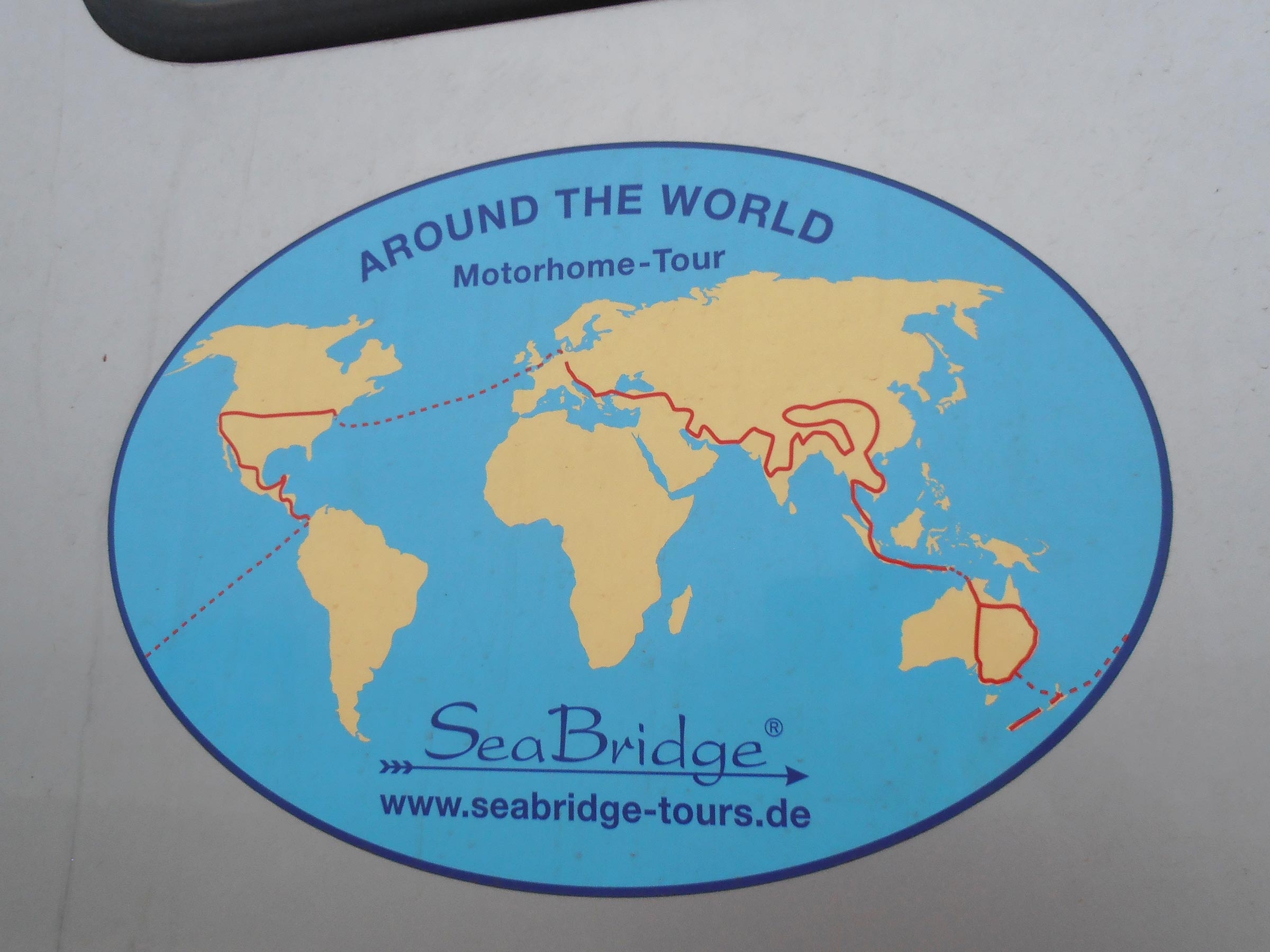 Jörn is CEO of Kerkamm (the site is in German), an RV company in Elmshorn, north of Hamburg. The company builds motorhomes, has a dealership for Hymer and Adria motorhomes and caravans, and also has a very large camping and outdoor store. The vehicle they were travelling in was designed and built by the company and was being used as a test vehicle.

The motorhome is 8m long, weighs 7.5 tonnes empty and 10 tonnes fully loaded. It has storage for 500l of water, and carries 700l of diesel in two tanks. The truck is powered by a four-cylinder, 220hp Mercedes engine that delivers a fuel economy of 20lt per 100km. Inside is a big shower, separate toilet and a large bed. The dual cab truck is connected to the body of motorhome. So if they have any trouble while camping, they can go through to the cab and drive away

Jörn said that travelling right around the world is his “big dream”. He plans to complete the journey in several stages over four to five years. He has previously travelled in South America, and is next planning to travel up the east coast of Australia and then on to New Zealand. From there he will ship the vehicle to Panama, travel through Mexico for about three months and then spend two years exploring the US and Canada.