During our trips we have come across many types and methods of rubbish disposal in caravan parks. They range from a large dump bin, to bins for each site, to dump areas throughout the park (with bins marked for recycling and different types of rubbish). The Pentland park has a trailer to throw rubbish into while another park at Nambucca Heads gave out plastic bags that were collected each day. You can imagine what happened when the birds got into them!

Do you normally take note of where the bins are before you have to take your rubbish out, or are you, like me, more interested in setting up and doing other things and only look for a bin when you need it?

Most parks have bins visible from your van site, but sometimes there can be a problem finding a rubbish bin, particularly at night: many parks do not list where they are. Then, hopefully, your neighbour can tell you. Some parks have special bins for fish scraps, which are emptied more frequently 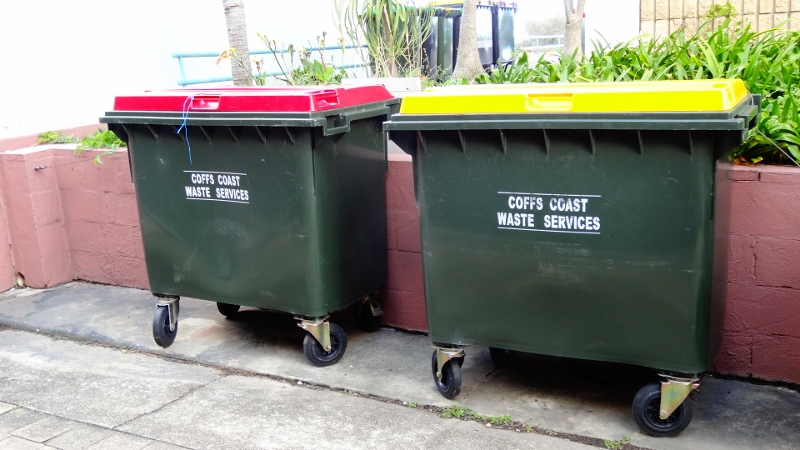 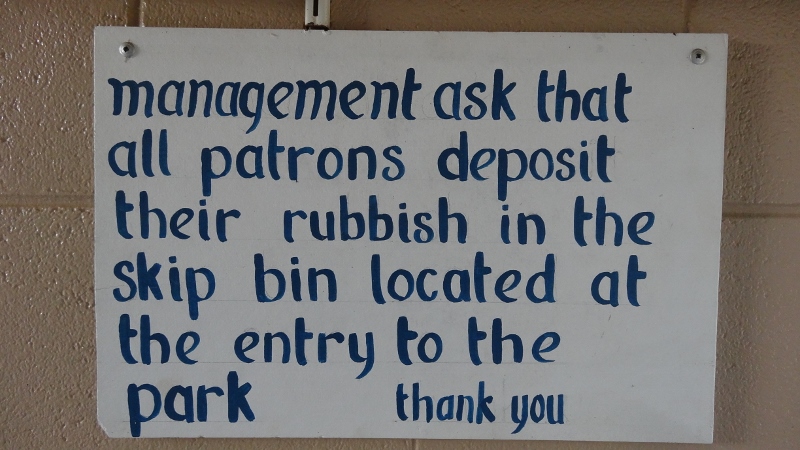 At one park we stayed in at Mareeba there appeared to be no bins. On asking our neighbour he pointed to the park entrance and told us to take our rubbish to a huge dump bin outside the park, as there were no bins inside the park. The same applies at a popular park at Moree, where it is quite a hike to the bin.

But what happens when park bins aren’t regularly cleaned or emptied? On one occasion we were at a Council-owned park at Pottsville that had an industrial bin in the park. During the week we were there it created a real odour problem; fortunately we were not camped near this bin, although we had to visit it to put in our rubbish.

At least van parks do supply bins. Rubbish disposal in off-road camp sites is a major problem, but don’t get me started on that one!