BLOG: A FOURBIE TOW VEHICLE FOR LESS THAN $5K

I don’t like to admit it, but I am guilty of making the very occasional mistake. Yep, one of those. That’s what happened when I bought the tow chariot for last year’s Caravan World “going caravanning for under $10k” challenge.

I didn’t buy a 4WD because I thought it would be too expensive. Too costly to buy, too costly to repair. So I bought a Holden Caprice instead.

I didn’t shy away from 4WDs without reason. I had a good hard nudge at Land Rover ownership, which sucked money out of my bank account faster than I could get it in. I thought the first Discovery II V8 I bought must’ve just been a lemon, so I very carefully chose my immaculate, low-kay second example. It was just a fresher lemon. 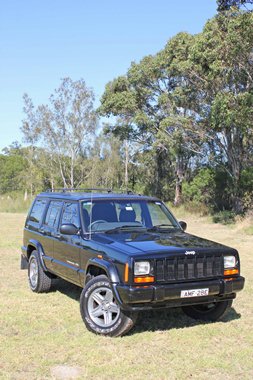 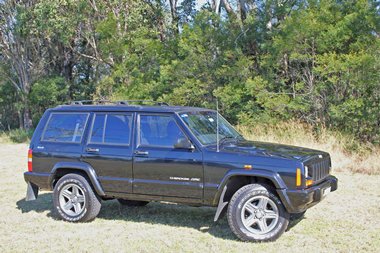 So when looking for a 4WD for the $10k Challenge, I stuck to the gold standard, safe options like LandCruiser and Patrol. Every example that I could afford sagged, flaked rust and ponged like an old cab just off Saturday’s night shift.

The Caprice turned out to be a great tow vehicle. It pulled my Windsor caravan, aka Caroline, like it wasn’t there. With a WDH set up properly, it was stable as a rock and though the big fella was thirsty (like, 20.0L/100km), maintenance was pretty cheap.

But I like beach fishing, and found a few places where you really needed a 4WD to get there. So I needed a 4WD.

I went car shopping again, though this time for something with more, um, traction. I wanted to see if the $5k I budgeted for the Caprice (and that I eventually sold it for) could be spent on a halfway decent 4WD. I’d throw the door open completely; so long as it could tow Caroline legally — any 4WD going for $5k or less was in.

Then, researching a used 4WD story, I found the vehicle I should’ve been shopping for last time: the XJ Jeep Cherokee.

Yes, the XJ Cherokee petrol six comes standard with chronic overheating and if you buy parts for it at your friendly Chrysler Jeep dealer, you’ll go broke. But in my research I found that if you bought a perfect XJ for more than $7k you spent too much. They were worth next to nothing. Parts from specialist local Jeep suppliers or from the US were as cheap as or cheaper than lawn mower parts; and if you gave the cooling system a bit of love, you could keep the cooking for after you arrived at camp.

A decent towing capacity of 2250kg, very good off-road ability and a nice nimble package for city driving meant the Xj Cherokee met my criteria. Righto, I better go buy one then.

I found my black 2001 XJ Cherokee Classic on eBay. It had done 125,000km, was just out of rego, needed tyres and had a rusty roof. I mean rusty, like with holes in it.