We saw this unusual vintage van attracting a lot of attention at the Grand Parade of Vintage & Classic Caravans, at the Adelaide Caravan Show.

While show-goers were struck by its cutely compact dimensions and distinctive curved lines, what really caught most people’s attention was the rather submarine-looking door, with its unexpectedly hefty design and unusual door catch. The interior also had a marine style to it, with plenty of wood and brass work.

In fact, this vintage van didn’t quite resemble anything we’d seen before, so naturally we had to talk to owner Mark Taylor of Perth. We found out that there is a simple explanation for all the nautical connections in this “shipshape” little caravan. 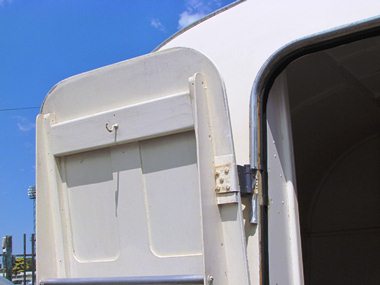 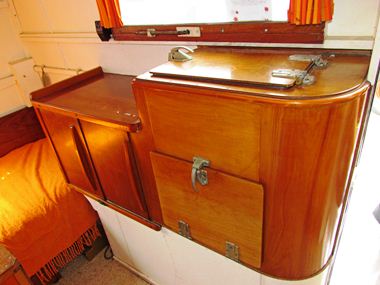 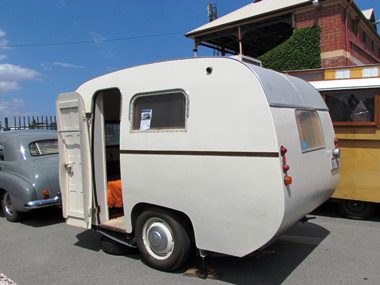 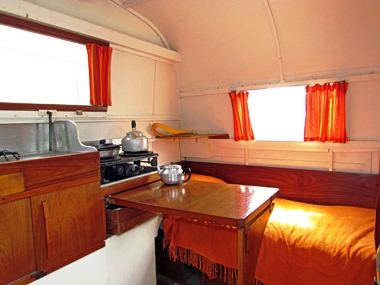 Mark explained: “The van was designed and built by an engineer named Wally Ward in the early 1950s. Anybody into the history of yacht racing will know of Wally Ward. He was the designer of many yachts, including Cadence, which won the Sydney to Hobart in 1966. He also designed a yacht named Janaway which was raced for 35 years and is sometimes described as a slice of Sydney classic yachting history.”

Mark added: “Wally designed and built this little caravan. It has many interesting features, including unique adjustable suspension that can be lowered on either side to level the caravan. So I have nicknamed the caravan Janaway, after the boat of the same name.”

YOUR SAY: What’s the most unusual vintage van you’ve ever seen on your travels? Did you like it? Did you get to talk to the owner?

Susan and Keith Hall are regular contributors to Caravan World magazine. Check out their latest blog entries at Somewhere Else.